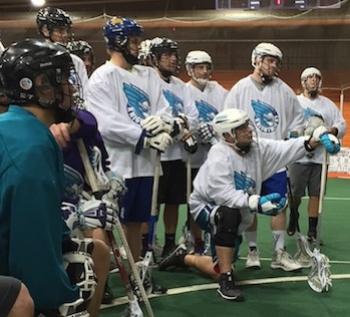 The lacrosse hotbed of Six Nations will not be the official home for any professional franchise in the foreseeable future.That was guaranteed when the Canadian Lacrosse League, which included the Ohsweken Demons, ceased operations during the summer. The Demons played their home contests at the Iroquois Lacrosse Arena (ILA) in Hagersville.

Though the Demons are no longer around, the ILA will continue to be the home away from home for another professional squad, the National Lacrosse League’s Rochester Knighthawks. Though they play their home contests in the U.S., the Knighthawks utilize the ILA as their practice facility, in large part because the majority of their players are from Ontario.

The Rochester franchise will also be staging its upcoming rookie development camp at the ILA. This event will enable the team’s prospects, as well as other camp invitees, a chance to show off their skills in front of the Knighthawks’ brass.

Knighthawks’ owner Curt Styres, who is from Six Nations, is also an owner of the ILA, which was constructed back in 2004. Rochester has used the ILA as its practice facility since 2009, when Styres purchased the club.

“It’s a great facility,” said Rochester’s head coach Mike Hasen. “And it’s a short distance for 90 per cent of our players.”

During the regular season the Knighthawks average about one practice per week at the ILA. And it’s a bonus that players and staff members do not have to travel across the border for practices.

Depending on traffic and wait times at the border, for the majority of the Knighthawks’ players and personnel, the drive to Rochester can take more than three hours. For Hasen, who lives in Brampton, Ont., it takes him about 40 minutes to get to the ILA from his home.

“The floor is pretty close to the dimensions we have in Rochester,” Hasen added. “It’s a great facility. And it is home for us. Curt has done a really amazing job with that facility.”

It seems only fitting the Knighthawks would practice at a Native-owned facility. That’s because the squad also has a large Aboriginal presence on its roster.

A year ago the team had eight Native players in its lineup, more than any other NLL squad. Rochester’s contingent included captain Sid Smith (Cayuga Wolf Clan), who is from Six Nations.

Besides its numerous players, Rochester has also several other Native ties. Besides Styres, who is also the Knighthawks’ general manager, the club’s front office also includes Gewas Schindler, the team’s alternate governor who is from the Onondaga Nation. Rochester also has two Native assistant coaches, Jason Johnson and Andy Secore. Plus, former National Hockey League player/coach Ted Nolan, from Ontario’s Garden River First Nation, is a special advisor for the Knighthawks.

It remains to be seen whether the Rochester club will have even more Native players on their roster for the upcoming season. The team’s rookie camp will more than likely feature several Aboriginal players looking to crack the lineup.

“We’re expecting to pick out a couple of bodies from the rookie camp and invite them to our main camp,” Hasen said. “So we’ll see (if we have even more Native players this year).”

The Knighthawks are expected to open their training camp during a weekend in late November in Rochester. After that the rest of the club’s camp will be at the ILA.
Paul Day, another one of the Knighthawks’ assistant coaches, also has high praise for the club’s practice facility.

“To be able to do all of our work there is amazing,” he said. “We also do our video work there. And we have our meals there.”

And it’s not just the Knighthawks who make use of the ILA.

“The league also uses it for its referee training,” Day said.

Many other NLL teams will also stage some of their practices at the ILA, especially when they are in Ontario preparing for a game. Besides the Knighthawks, the upcoming NLL season will feature eight other franchises, including four in Canada.

The Canadian entrants are the Calgary Roughnecks, Saskatchewan Rush, Toronto Rock and the Vancouver Stealth. The league also includes the Buffalo Bandits, Colorado Mammoth, Georgia Swarm and New England Black Wolves. Rochester will kick off its regular season schedule on Dec. 29 with a home contest against Toronto.

The Knighthawks, who have been around since 1995, have won the NLL championship five times. They won their first title in 1997 and had to wait until 2007 to capture another crown. Rochester then managed to win three consecutive titles from 2012-14. 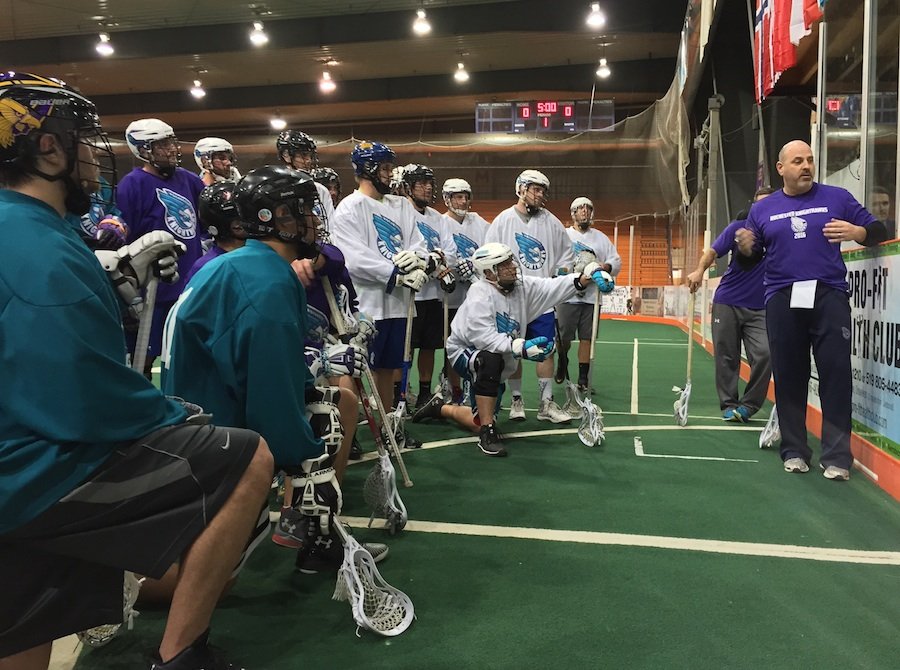