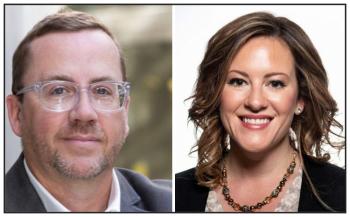 “Many children, particularly those in rural and northern communities were facing additional problems related to housing issues, food insecurity, a lack of access to technology to help with online learning, and caregivers who were stretched beyond their limits.” — Dr. Kelly Schwartz, University of Calgary
By Shari Narine
Local Journalism Initiative Reporter
Windspeaker.com

After six months of gathering facts and personal anecdotes, a committee struck by the Alberta government has drawn the conclusion that Indigenous children are among the vulnerable youth hardest hit by measures to fight the coronavirus pandemic.

“What we continued to hear over and over is that for some of the more at-risk and vulnerable youth, what the pandemic did was exacerbate and highlight gaps that already existed or struggles these children and their families may have already been facing,” said Rebecca Schultz, minister of Children’s Services, co-chair of the Child and Youth Well-being review panel.

“The pandemic has further highlighted the negative impact of systemic racism and inequities on the health and development of children and youth,” says the report that was released last Friday.

Schultz and Calgary-South East MLA Matt Jones co-chaired the seven-member panel that was appointed by the Alberta UCP government in May to assess and make recommendations on the impacts of the COVID-19 pandemic on those under the age of 19 years.

Due to crowded housing, underlying health conditions and other risks, many Indigenous communities manned roadblocks effectively locking down and preventing access to their communities by outsiders and restricting the movement of their members.

“They reduced the risk, but in doing so that cut them off from those social relationships and those intercommunity activities that are so important to Indigenous groups,” said Dr. Kelly Schwartz, associate professor, School and Applied Child Psychology program at the University of Calgary.

Social isolation, says the report, was already a long-term issue on many First Nation reserves.

“One of the things was—and we’ve addressed this in our recommendations, too—was just so many things went online, but that didn’t mean every community, especially as we got into northern communities and some of our First Nations communities, that they had reliable access to the Internet and so when it comes to learning, (when) it comes to seeking either health supports or mental health supports that was a big part of it,” said Schwartz.

From May to September, the panel of experts received feedback from more than 9,000 people, of which 524 were youth. While the review doesn’t break down how many of those were Indigenous youth, it does indicate that of the just over 7,000 caregivers or parents who also responded, 270 were Indigenous.

Although 270 is a limited sample, says the report, these adult respondents rated the impact of the pandemic on their children “to be more negative” than the rating given by non-Indigenous parents.

“While the pandemic has been difficult for all young people, we did notice that some vulnerable groups were hardest hit. Many children, particularly those in rural and northern communities were facing additional problems related to housing issues, food insecurity, a lack of access to technology to help with online learning, and caregivers who were stretched beyond their limits,” said Schultz.

Schwartz admitted that the issue of food security “really surprised … and disappointed” him.

“That impacts on the child’s ability to learn, on their ability to develop. We saw that was pretty prominent. Kids don’t exist in a vacuum, that what happens to their family also happens to them,” he said.

“When we’re talking about accessibility issues, they were more profound in rural and remote Alberta and on First Nations, definitely something we need to work on as a government,” said Jones.

Schultz stressed that meeting these recommendations had to be done in a targeted manner and addressed across multiple ministries.

She pointed out that steps have already been taken by the province.

In July, the province announced it would spend up to $7.3 million over three years to expand its network of youth mental health hubs.

In May, the government made $45 million available to schools to address numeracy and literacy needs for students in Grades 1 to 3.

In April 2020, the province announced $5 million to support food banks and community organizations in their food supply efforts as a means to address food insecurity.

Schultz said the work by the government will continue while it reviews the report’s recommendations and develops on an action plan to “make some bigger, systemic change.”

As of yet there are no dollar figures attached to delivering on the action plan.

“As government works on our action plan we’re going to come together, take the time to get this right, to work across a number of different ministries, take a look at what’s happening right now and where the mismatch might be and then come back with an action plan. At that point we’ll probably be in a better position to talk about actual dollars that are needed here,” said Schultz, who added that the pandemic is not yet over.

She said she expects to have a detailed action plan released to Albertans by spring.

“It’s not just a report that sits on somebody’s desk and then we move on to the next thing. That’s certainly the last thing we want,” said Schultz.