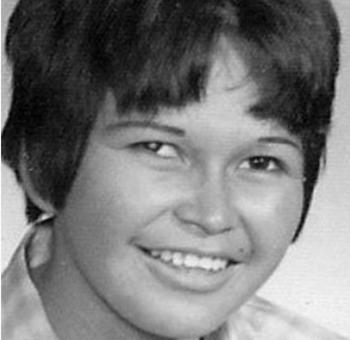 “It has been suggested that the delay in bringing the case to court indicated racism and that the police would have exerted more effort if the deceased had been non-Aboriginal. It also has been suggested that residents of The Pas were in possession of valuable information and kept that information from the police because the victim was Aboriginal.” — Aboriginal Justice Inquiry into the death of Helen Betty Osborne
By Shari Narine
Local Journalism Initiative Reporter
Windspeaker.com

The murder of Helen Betty Osborne on Nov. 13, 1971 was “embedded” in the lives of Breanne Lavallee-Heckert’s mother and aunties.

“I remember watching the way my mom would react to that story. It’s the intergenerational effect of this for Indigenous women, this sort of knowing that we are killed with impunity,” said Lavallee-Heckert, a Red River Métis women from Treaty 1 territory.

“That changed how I was raised.”

In 1974, Lavallee-Heckert’s mother and aunties moved from the small Métis community of St. Ambrose, Man. to Winnipeg.

“I think I was 13. My aunties had a very serious conversation with my cousins and I about violence. Violence was always at the forefront, just living in that way. I don’t think it’s normal for most Canadian young people to grow up thinking about themselves living in a violent context, but growing up as an Indigenous girl, especially in the prairies, that is reality,” said Lavallee-Heckert.

In 1971, Osborne, 19, was abducted and brutally murdered near The Pas, Man. She had moved to the community from her home of Norway House Cree Nation to continue her education. She wanted to become a teacher. It took RCMP several months to discover the names of the four men implicated in Osborne’s abduction and killing. However, it would take more than 16 years for justice – as limited as it was – to be carried out.

Dwayne Johnston was convicted in December 1987 and sentenced to life in prison. His conviction was upheld by the Manitoba Court of Appeal. The Supreme Court of Canada refused to hear his appeal. James Houghton was acquitted. Lee Colgan received immunity from prosecution to testify against Houghton and Johnston. Norman Manger was never charged.

The crime was brutal. Osborne was picked up in the common town practice of targeting Indigenous women “to party.” She was forced into the vehicle. In the vehicle, and at two different locations, she was repeatedly raped, beaten and burned.

At the final location she was stabbed multiple times and her body dumped in the bushes. Horrifyingly, there was silence from those who lived in The Pas and knew directly and indirectly who had committed the crime.

The Osborne trial and outcome led to Manitoba forming the Aboriginal Justice Inquiry (AJI), headed by then associate chief justice Alvin Hamilton and judge Murray Sinclair. The AJI was tasked with looking at whether racial prejudice played a role in the police investigation. Months of testimony in 1989 made it clear that racism was an encompassing factor.

Although stating there were “several aspects of the case which the RCMP should have handled better,” the report concluded, “It has been suggested that the delay in bringing the case to court indicated racism and that the police would have exerted more effort if the deceased had been non-Aboriginal. It also has been suggested that residents of The Pas were in possession of valuable information and kept that information from the police because the victim was Aboriginal. After hearing all the testimony and reviewing the evidence, we have concluded that racism played a significant role in this case, but it did not cause any delay in the investigation of the killing or in the prosecution of those responsible.”

Osborne’s story remains relevant in the legal field even today.

In 2017, the Women’s Legal Education and Action Fund (LEAF) and the Institute for the Advancement of Aboriginal Women (IAAW) referenced the Osborne case when making a submission to the Alberta Justice system on the “systemic issues framing the inhumane treatment” of Cree woman Angela Cardinal. Not only was Cardinal, a sexual abuse victim, incarcerated for five nights to ensure she would appear in court as a witness, but she was transported to court in the same vehicle with the man who would ultimately be convicted of sexually assaulting her.

The Osborne case was cited as an example of a “system in crisis” and specifically having “far too many parallels between the criminal justice system’s treatment of Osborne and Cardinal.”

There is significance to drawing this comparison, says IAAW chair and president Lisa Weber, who is also a lawyer.

“… segments of society say, ‘Well it was a different era. We've improved as a society so much more.’ But we actually have not in many ways. So I think that's one of the important acknowledgements in that comparison,” said Weber.

Lavallee-Heckert, who has two law degrees but is not a practising lawyer, is a board member on LEAF.

“The way the law remembers certain cases … the Helen Betty Osborne case is one of them. The horrific nature of what happened to her, I think, stays in Canadian legal memory in the same way, like, Cindy Gladue, for example.…There are not very many cases that make it to the courts where Indigenous women are victims and when they do make it to the courts they are awful. They are things that are traumatizing, stories that really stick,” she said.

Weber was involved with IAAW in the case against Gladue’s killer. Ontario trucker Bradley Barton was charged in the Métis-Cree woman’s death in a hotel room in Edmonton in 2011. He was convicted of manslaughter in 2021.

“(The trials were) terrible the first time around, as well as the second time around most recently. Unfortunately, there is still a lot of indignity that I'm seeing done by the system toward Indigenous women … to have your reproductive body parts parading around in court is just so inhumane. It’s very traumatizing,” said Weber, who is Métis.

While she agrees that the Osborne and Gladue killings are well-known, because they are “extreme cases … I think we can't dismiss the reality that there are probably so many, many, many more cases that are under the radar of the sensational coverage… so we can't devalue that reality.”

Weber says if she has seen anything positive since Osborne’s murder, it comes through the National Inquiry into Murdered and Missing Indigenous Women and Girls (MMIWG), which she participated in as legal counsel for the IAAW.

“At the very least it seems to be now starting to be more of an awareness that these are issues,” she said.

She does point out that despite the AJI’s conclusion that racism didn’t cause any delay by the RCMP in the Osborne investigation, the MMIWG inquiry had specific hearings dealing with police concerns and interactions.

“I think racism is in all levels of the Canadian society. There's no way for it not to be embedded in how the system responds to situations, whether it's at the community level or the systemic level or process level,” said Lavallee-Heckert.

She also believes that with the Internet and social media, spreading hate has become easier.

She also points to Tina Fontaine in 2014, the 15-year-old girl from Sagkeeng First Nation whose body was found wrapped in plastic and a duvet cover in Winnipeg’s Red River. Raymond Cormier was charged with second-degree murder in her death, but acquitted by a jury.

Lavallee-Heckert says she is tired of reports that get little traction.

That it took decades from Osborne’s death to get a national inquiry to be called into missing and murdered Indigenous women and girls shows “that we're not very important in society, which is sad but true, ” said Weber of the system’s view of Indigenous women.

And that it took perseverance by RCMP Const. Robert Urbanowski to get charges laid in Osborne’s death is sobering.

“How many other cases, just for a variety of reasons, can't be chased after for years and years? How many cases are we just not aware of?” said Weber.

Urbanowski was honoured by the IAAW and the Aboriginal Commission on Human Rights and Justice in 2012 with a Social Justice Award for his work in the Osborne case and for showing leadership.

Weber admits that 50 years after Osborne was targeted, she continues to live in a state of “guarded consideration” every day for both herself and her daughters.

That’s one reason why she considers the work undertaken by the IAAW to be so important. The non-profit organization may not have guaranteed operational funding, but that doesn’t stop it from advocating for the women who come forward.

As for LEAF, it works to effect change through Canadian law, says Lavallee-Heckert, and even though she’s not confident that Canadian law “has the answers for Indigenous women, there’s a big harm reduction role for an organization like LEAF to play in these sorts of things.”

A commemorative gathering will be held in The Pas on Saturday to mark the 50th anniversary of Helen Betty Osborne’s death.