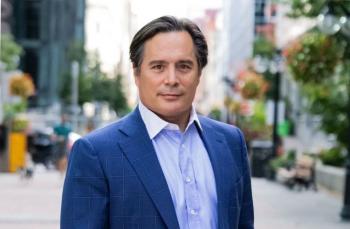 Keith Henry, the president and CEO of the Indigenous Tourism Association of Canada

“This last summer we had some regrowth very quickly. We were growing faster than the non-Indigenous tourism industry. We saw a pretty substantial growth re-enter our sector. We didn’t recoup to 2019 levels but we know with the right investments on marketing that we’ll be able to help recover really fast.” — Keith Henry, the president and CEO of the Indigenous Tourism Association of Canada
By Sam Laskaris
Local Journalism Initiative Reporter
Windspeaker.com

A lengthy recovery from the pandemic, lasting perhaps as long as a decade, is no longer being predicted for the Indigenous tourism industry in Canada.

Keith Henry, the president and CEO of the Indigenous Tourism Association of Canada (ITAC), had said this past September that research had indicated it would take until 2028 for the tourism industry to fully rebound across the country.

At the time Henry said it could actually be 2030 before the Indigenous tourism sector  fully recovers to pre-pandemic levels, since it was being disproportionately impacted compared to other tourism businesses across the country.

Earlier this week, however, Henry was in much better spirits. That’s because on Monday, Jan. 10, ITAC released its 2022-25 strategic plan titled Building Back Better.

Provided they can obtain $65 million in funding over the next three years, ITAC officials now predict the Indigenous tourism industry can reach pre-pandemic levels by 2025, as many as five years earlier than had been feared a few months ago.

“It’s not fully funded yet,” Henry said of ITAC’s planned recovery efforts. “We’re working with the federal government to propose this recovery strategy.”

Henry said ITAC reps have been meeting with various partners for the past four months. Those discussions contributed to the strategy plan released this week.

ITAC officials are now waiting to see how much federal funding they will receive in 2022. The federal budget is expected to be released in April.

“He was very supportive and understood the importance of the work we have in front of us,” Henry said.

Henry believes Monday’s news will be inspiring for all Indigenous tourism businesses operators across Canada.

“It’s a significant boost to them,” he said. “We hope two things happened (on Monday). One the sentiment not to give up. We are still very confident the industry will rebound even though we’ve now faced or we are facing our fifth wave.

“The second thing though we want to show that we can expedite recovery.”

Before the pandemic arrived in Canada, Indigenous tourism was skyrocketing.

Indigenous tourism GDP had grown to about $1.9 billion in 2019, a significant increase from the $1.4 billion GDP figure from 2014.

But since March 2020 when pandemic lockdowns began across the country, almost 70 per cent of Indigenous tourism GDP contributions have been lost.

“We’re strongly convinced of that right now,” he said. “There’s enough indicators. This last summer we had some regrowth very quickly. We were growing faster than the non-Indigenous tourism industry. We saw a pretty substantial growth re-enter our sector. We didn’t recoup to 2019 levels but we know with the right investments on marketing that we’ll be able to help recover really fast.”

Again, that all depends, however, on whether ITAC will be able to secure all the necessary funding it believes it requires to make its strategic plans work.

Though ITAC hopes the federal government will provide the majority of requested funding, other sources are also being sought.

ITAC had received about $2.5 million in funding from Destination Canada in 2020 and a similar amount last year.

Destination Canada is a Crown corporation that promotes Canadian tourism efforts around the world.

Henry said ITAC is now finalizing negotiations with Destination Canada on a five-year Memorandum of Understanding.

“We believe that will complement the federal requests,” Henry said. “We just don’t know how much that will be yet.”