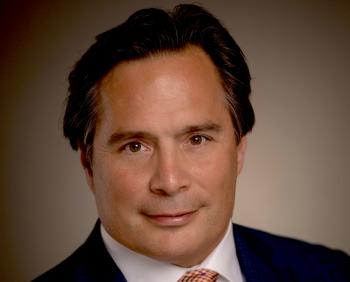 Keith Henry, president and CEO of the Indigenous Tourism Association of Canada

“The tourism sector is not yet rebounding very effectively at all. So, it’s going to be a long road to recovery still.” — Keith Henry, president and CEO of the Indigenous Tourism Association of Canada
By Sam Laskaris
Local Journalism Initiative Reporter
Windspeaker.com

The president and CEO of the Indigenous Tourism Association of Canada (ITAC) is not in a celebratory mood.

Still, Keith Henry is feeling slightly more optimistic about the future of the Indigenous tourism industry across the country now.

It was announced on Monday, June 21, that Destination Canada is providing ITAC $2 million in funding. The funds will allow the national association to maintain basic operations and stage a domestic marketing campaign to attract visitors to Indigenous tourism businesses.

The campaign, titled The Original Original, has been launched today to coincide with National Indigenous Peoples Day. It will run until November and encourage Canadians to travel domestically this year and book authentic Indigenous experiences.

“We’ve been working on this quietly for months,” Henry said. “The only thing we are going to be able to move this year is Canadians to help stabilize businesses. This campaign is well thought out. It’s prepared. It’s ready to go. We’re turning the key on Monday. We couldn’t do that without this $2 million.”

Because of various lockdowns and border restrictions, this marks the second straight year most tourism businesses in the country have only been able to try to entice some Canadians to visit.

The goal of The Original Original campaign is to help many of those Indigenous tourism businesses recover somewhat from the devastating effects they have suffered during the COVID-19 pandemic the past two years.

“What we’re doing is creating some significant amount of content,” Henry said of The Original Original campaign. “We’re creating posters and videos. And we’re going to be working with our provincial and territorial tourism partners.”

Destination Canada is a Crown corporation that is responsible for the national marketing strategy worldwide.

“It’s by far the most we’ve received from them,” Henry said of this year’s $2 million contribution.  “We advocated and worked hard with them.”

ITAC continues to lobby the federal government to assist in pandemic recovery efforts for Indigenous tourism businesses across Canada.

ITAC managed to secure $16 million in federal funding in 2020, which it primarily utilized to provide $25,000 grants to Indigenous tourism businesses.

ITAC had requested a further $18.3 million from the federal government this year as part of its four-year $68.3 million pandemic recovery strategy.

But when the federal budget came out in mid-April, Indigenous Services Canada allocated just $2.4 million to ITAC this year.

As a result, Henry announced that ITAC would be insolvent and entirely shut down operations by the end of May.

“The issue of the insolvency was that we have nine organizations in the country that we help fund; the Indigenous provincial/territorial partners,” Henry said. “Five of them for sure were going to disappear without our funding. That was part of the insolvency claim.”

“All of our programs that we had for development and marketing, they were all gone,” he said. “The only thing we could do with $2.4 million was keep our ITAC staff sitting in an office and not all of them at that.”

Monday’s Destination Canada announcement is a step in a good direction.

“This at least allows us to Band-Aid something,” Henry said. “Our businesses need marketing help. Many of them have very little money for marketing and this industry is very competitive.”

Henry said ITAC and those that operate Indigenous tourism businesses need to bring forth immediate action instead of waiting around for some possible additional federal financial assistance.

“We have to do something quickly,” he said. “The tourism sector is not yet rebounding very effectively at all. So, it’s going to be a long road to recovery still.”

“I think it signals that government and partners are trying to find a way to ensure we can achieve the recovery strategy,” he said of the funding announcement.

Henry said ITAC will continue to press for more funding, especially from the federal government.

“We’re still far short on what we need to do for the multi-year recovery of $68.3 million,” he said. “But this was part of that over-all envelope. So, this is a step to some progress at least.”

Henry said more positive news is on the way.

“What we’ve been doing is negotiating piece by piece now as best as we can,” he said. “I can tell you we are in talks and we hope to see more announcements shortly. The federal government appears to be finding ways to support our efforts. They know we need multi-year stable funding to help our industry recover.”

Henry anticipates that during the first week of July ITAC officials will have a pair of new funding announcements.