Indigenous artists all in one room to make connections 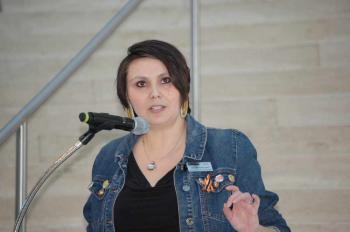 Edmonton City Hall was filled with Indigenous artists to meet-and-greet and make connections.

And the 80 or so artists that took the opportunity to attend the Feb. 7 event aren’t even all the Indigenous artists in the Edmonton-area.

“This is a chance for Indigenous artists to meet and share contact information with businesses, organizations and use the opportunity to collaborate,” said organizer Dawn Marie Marchand.

“I was looking at the artist RSVP list, at the people who had agreed to come, and realized there was still a lot of names of people who couldn’t make it because they were in classes, they had jobs,” said Marchand, who is the city’s first Indigenous Artist in Residence.

“You end up with the artists not even knowing each other. They don’t realize how broad the spectrum is,” she said.

When Marchand started her position in July 2016, she was swamped with emails requesting her talent or that of other Indigenous artists for projects.

“I realized most people really had no idea where to connect with the artists so I decided to bend the rules a little bit and create an event where we brought the artists with and to the same people who are looking,” she said.

Staff and board members from the Edmonton Arts Council, which provides funding and opportunities, were in attendance.

“We’re here to learn about what you do and to open those communications for future connections,” said Steven Williams, program director with the arts council.

“In the recent years we’ve been working hard to connect with and support Indigenous arts and building those strong relationships….There is certainly still work to do and we’re committed to doing that. It’s a priority for our board,” he said.

Williams pointed to Marchand’s position, which is a collaboration between the city and the council, and its creation of an Indigenous advisory committee as examples of that commitment.

Williams also noted Alex Janvier’s mosaic in the new Roger’s Place, and the Indigenous Art Park, which is scheduled to open in 2018, as further work by the Edmonton Arts Council.

“These projects would not be possible without building those relationships first,” said Williams.

“Reconciliation is not going to be easy and it’s going to be about relationship building and this is just one step towards that if we want it to be genuine and lasting,” said Marchand. 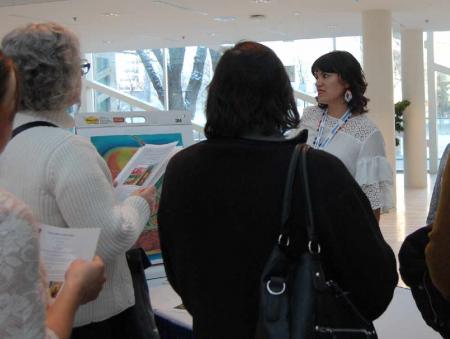 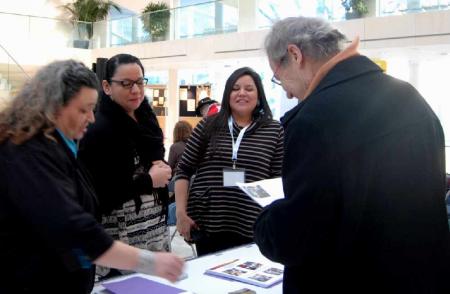 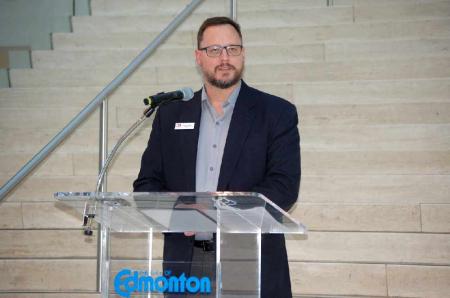