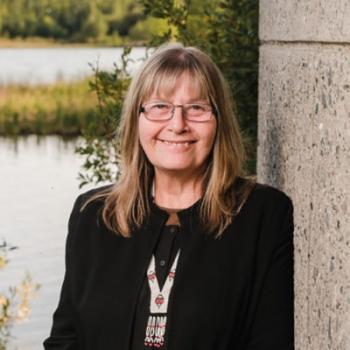 A new report, released June 25, says women’s homelessness is a crisis hiding in plain sight and has identified housing insecurity, violence against women, and intergenerational trauma as some of the most urgent issues facing Indigenous women, girls, and gender diverse people across Canada.

The State of Women’s Housing Needs and Homelessness in Canada studied existing research and literature and identified eight key areas of challenge and opportunity.

The goal of the report was to emphasize that the next steps in preventing and ending housing needs and homelessness in Canada is to first address key areas where little is known about the hidden nature of women’s homelessness.

All of the findings were underscored by the unique issue that women and gender diverse people often are forced to return to, or remain in, situations of trauma or violence.

According to the report, 91 per cent of women in Canada who are homeless have experienced assault in their lifetime.

Arlene Hache, co-chair of WNHHN and one of the authors of the report, says there is a gap in information about the policies within the violence against women sector, and this affects what we know about access to emergency shelters.

Some Indigenous women won’t use shelters out of fear of being separated from their children, said Hache, and thereby are not captured in the statistics.

“Shelters are divided between women fleeing violence and homeless women,” said Hache. “Indigenous women quite often don’t access either because they’re afraid their children will be apprehended.”

And, according to the report, violence against women’s shelters turn away “almost 1,000 women and their children per day.”

For those who are able to access an emergency violence against women shelter, approximately one in five end up living with their abuser again.

The issues run deeper than demanding short-term solutions, such as more financial support for shelters. Homelessness requires bringing women with lived experience together to lead the conversation.

“I think the idea and the core of this literature review really is to highlight how the experiences that are being experienced by community people, particularly Inuit, First Nations, Métis people, are directly related to colonization; to very targeted, systematic oppression,” said Khulud Baig, one of the collaborators and a policy advisor with KoC.

“And things like housing on reserve, the criminal justice system, child welfare system, how all of these systems are particularly targeting and focused on oppressing women who are First Nations, Inuit, Métis.”

Kammaujuk Jarrett works in supportive housing and collaborated on the report.

“I personally call myself a lived expert because I’m on the flip side now,” she said. “I haven’t been homeless for a few years, and I haven’t had to worry about struggling with that.”

KoC and WNHHN are now inviting Indigenous women with lived experience to join a new initiative, the Indigenous women’s working group. KoC hopes it will be established by the fall.

“I guess with this work we’re really hoping [it] brings forth this advocacy that has been in motion for a decade or more,” said Baig.

“Indigenous women have an amazing capacity if people just get out of their way,” said Hache.