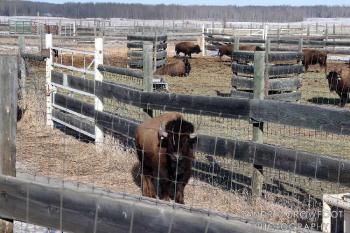 mainly pregnant females) from Elk Island National Park would be used. The Elk Island Bison herds (Plains and Wood) are internationally well-known for its genetic purity and long-standing disease-free status. Once transported to Banff, the herd will be monitored over 5 years in an enclosed backcountry area before being released freely into the parkBy Shari Narine
Windspeaker.com Contributor
ELK ISLAND NATIONAL PARK

Cree and Blackfoot gathered on Jan. 29 on Treaty 6 territory to bless buffalo that are on their way from Elk Island National Park to Banff National Park.

“Maybe it’s a sign that the re-introduction of the buffalo might unite the First Nations people to try to work together to achieve balance for the future of our generations,” said Snow.

“The buffalo is one aspect of our whole friendly relations and whole working with each other. But the buffalo is the spiritual part of our commitment of working together,” he said.

Snow says First Nations people and buffalo have much in common: they have both been imprisoned for 150 years.

The ceremony, Snow says, was a way to connect with the buffalo to let them know that they are free and once they are in Banff National Park they do not have to return to their “reserve” of Elk Island National Park.

“They have to understand, too, just as much as us, that if we’re freed from this prison, what are we going to do? Where are we going to go?” said Snow. “We have to work with them because we are the original people who dealt with the buffalo.”

The 16 plains bison – four male and 12 pregnant female – will be released to the Eastern Slopes of Banff National Park, in the Panther Valley. They will initially be kept in a fenced in area, where the females are expected to calve in May. Calving in the park will help tie the buffalo to their new home.

In spring 2018, they will be allowed to roam freely in the back country. The herds will be monitored for five years to ensure they remain healthy and do no wonder onto private land. Re-locating the buffalo and monitoring them comes at a cost of $6.5 million.

Northwest says it is significant that the buffalo will be allowed to roam free in the back country instead of being penned in a paddock.

Photographer Sandra Crowfoot, who attended the ceremony, and who provided our photos for this story, said she found the day's events interesting. "Our guide explained the process of baiting the herd into the paddock, funnelling them through chutes based on animal size" where they are held for vaccinations, blood work and tagging.

It was explained that being in the chutes can be stressful to the animals, so rubber tubing was attached to their horns to keep them from harming each other and themselves.

Bison restoration, which includes releasing the buffalo in Banff National Park, is one aspect of a buffalo treaty, which has been signed by a dozen First Nations in Canada and the United States. The Samson Cree Nation and the Nakoda Stoney Nation signed the treaty on the same day in August 2015. The treaty also opens dialogue on conservation, culture, economics, and education.

"I really do hope for the success of this Buffalo Treaty project," wrote Crowfoot. "Not only will it help heal our people spiritually, but will also help our land to heal as well by restoring it's natural balance. I can't wait to be able to photograph buffalo in Banff National Park."

Northwest says having Alberta recognize buffalo as wildlife is also something First Nations will be pushing for.

Presently, buffalo are considered domestic animals under Alberta forestry and agriculture regulations and have no special protection. Wildlife recognition will give buffalo more protection against threat to their numbers and habitat.

Today's event at Elk Island was a ceremonial blessing for the bison from Treaty 6, Treaty 7, and the Metis Nation. The park also provided tours to the paddock where the small herd were being held until they're ready to be transported to their new home in Banff.

As many of you know, I am a huge fan of Elk Island Park. I found the tour to be most interesting as it's an aspect of conservation that visitors to the park rarely get to see. Our guide explained the process of baiting the herd into the paddock, funnelling them through chutes based on animal size, and seeing the actual hydraulic squeeze chute where the bison are held for vaccinations, blood work, and tagging. We were able to stand on catwalks and observe to bison doing their thing. I noticed that some bison had rubber tubing attached to their horns, it was explained that it was for the well-being of the animal as the experience in the chutes can be very stressful. Some animals will take out their stress on each other, also their horns can catch on the fencing and can shear off. All in all, it was most enlightening and gave me a new respect for the park staff and their Bison Conservation program.

I really do hope for the success of this Buffalo Treaty project. Not only will it help heal our people spiritually but will also help our land to heal as well by restoring it's natural balance. I can't wait to be able to photograph buffalo in Banff National Park! 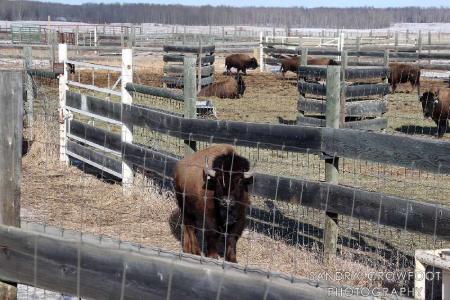 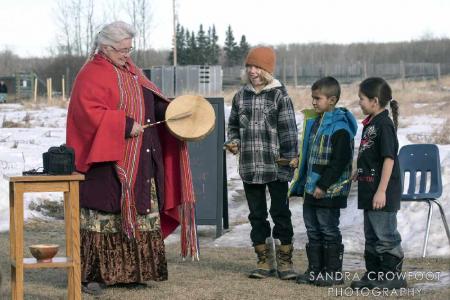 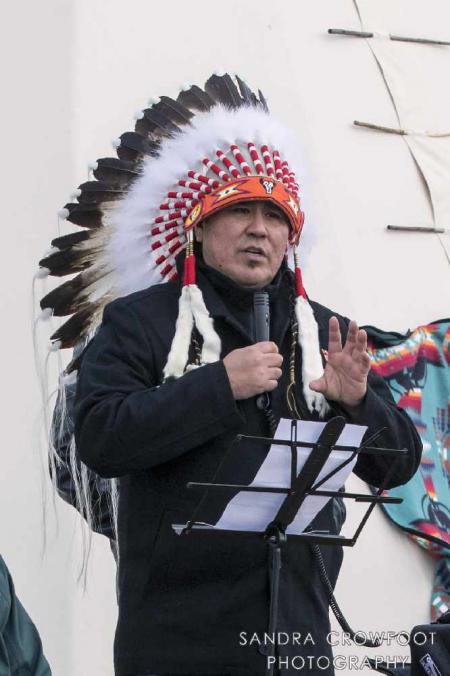 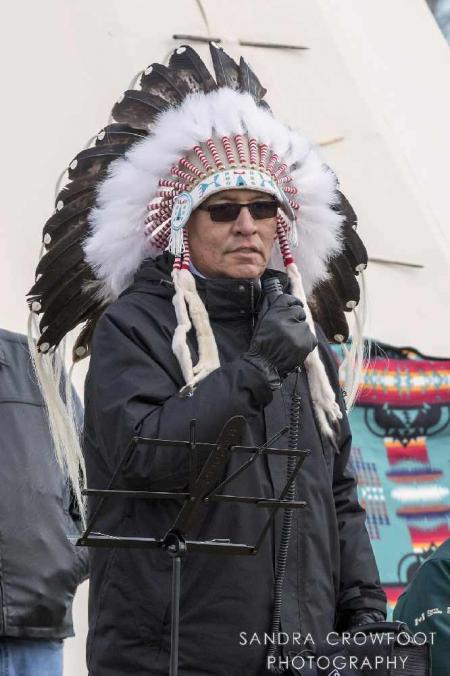 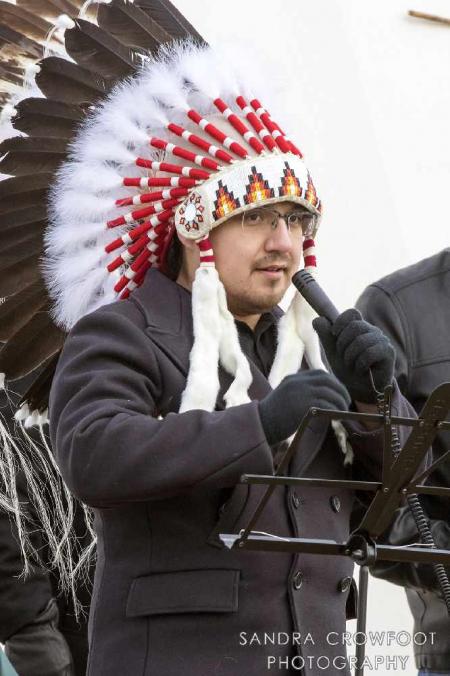 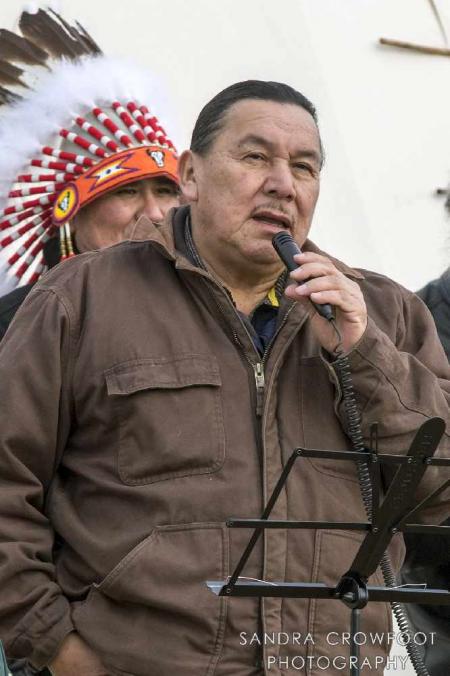 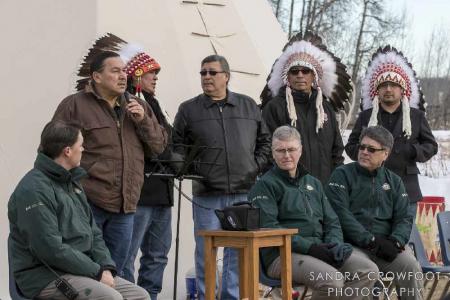 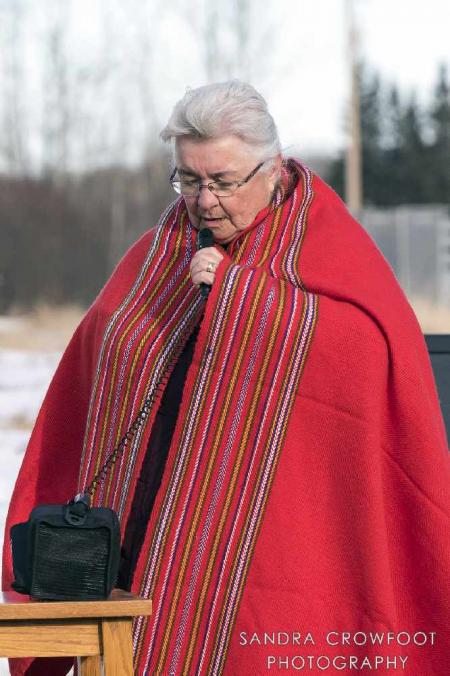 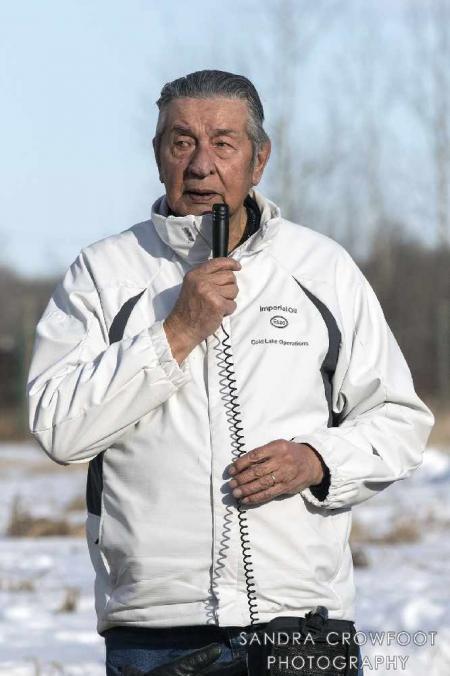