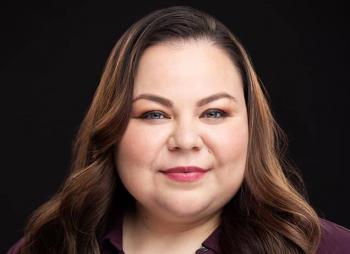 “I just wanted to tell a story that came from love, that is about love…” — Jessie Anthony
By Andrea Smith
Local Journalism Initiative Reporter
Windspeaker.com

Jessie Anthony’s first feature film, Brother I Cry, was inspired by a dream. The film, which debuted at the Vancouver International Film Festival (VIFF), both online and in-person, was her first feature-length film.

VIFF runs to Oct. 7, with most of the more than 100 films screened online due to COVID-19 safety concerns. Anthony’s film was one of only a few that had in-theatre screenings. At the Vancity screening, Anthony participated in a Q&A afterward.

“The story line is about two siblings struggling through intergenerational trauma… Young Ava comes back after her grandma dies and she’s kind of in the middle of all this stuff that has never really changed since she left. And her brother is an addict,” said Anthony.

“I just wanted to tell a story that came from love, that is about love. That is about uniting us all around this crazy crisis that a lot of people don’t want to talk about, or are ashamed about. And I just wanted somebody else to know that they’re not alone,” she said.

Anthony’s story follows Ava and her brother Jon in their home community (which is not actually named, although the siblings are Haudenosaunee). Jon gets into some trouble while Ava is there, and she has some major choices to face about how to act on it. Without spoiling the movie too much, Anthony shares that Jon becomes involved in criminal activity that affects the siblings’ relationship even more. And his drug addictions are also a major issue along the way.

The dream which inspired the film was truly haunting for Anthony.

“I had a dream that my brother overdosed, and he had come to me in spirit and wanted me to help him find his body… cus’ he didn’t know where he was. And I woke up and realized that I was scared… Everyday I’m scared that I’m going to find him dead. Like this is my fear… And he’s my younger brother,” she said.

“I just decided I needed to write this story cus’ I can’t save him…. He has to want to save himself, but I needed him to know how much this means, right,” she added.

Her bother hasn’t seen the movie yet because it’s geo-blocked, playing only in B.C. now, while he lives in Ontario so will have to wait for it to be released there. She doesn’t know what his reaction will be, but he does already know the film was inspired by him.

While the story is inspired by her brother, she drew from a number of people she’s known over years—family, friends, past partners, and even her own experiences with abuse—so she believes it’s a story that a lot of Indigenous people might feel a connection to—given that shared intergenerational trauma that’s so interwoven with Indigenous lives, she said.

Her innovative producer talents are really on display in her film with her creative use of camera footage.

“It’s all institutionalized... We’re never really outside. All of that is very conscious in my filmmaking specifically to tell this story of feeling trapped… of feeling like, you know, there’s no edit,” she said.

“You know usually if you’re sitting in a scene, there’s a cut scene and there isn’t a cut. So, it’s uncomfortable,” she added.

The film not only debuted at VIFF, but it also won Anthony an award for B.C. Best Emerging Filmmaker. She’ll receive $5,000 in prize money, as well as $10,000 for future film equipment.

Brother I Cry cost upwards of $160,000 to make, which she said is just pennies in comparison to what the average film can cost. The film was made under the Telefilm Talent To Watch program, with $25,000 awarded by the BC Arts Council, too, and help from an Indiegogo campaign, as well. And Anthony’s own money also went into it, in addition to her “blood, sweat, and tears”

Anthony has been involved in film, media and acting for more than two decades. since she was the age of 15. She graduated from both the Indigenous Independent Filmmaking program, and the Motion Picture Arts program at Capilano University just over three years ago.

Some of her past work includes: being a member of the Centre for Indigenous Theatre in Ontario for a decade; spending six weeks in Haida Gwaii as first assistant director on Helen Haig-Brown’s and Gwaii Edenshaw’s film The Edge of the Knife; being the producer of the Pookmis film funded by Story Hive; being associate producer for the BravoFact short film, O For A Thousand Tongues; being a finalist at the MPPIA 2017 short film award competition, and receiving an honourable mention for her pitch presentation and short film, The Last Cigarette.

She’ll now be moving onto producing a new web series “Querencia” (co-created with Mary Galloway) which will eventually air on APTN.

Anthony is Haudenosaunee from the Onondaga Nation.