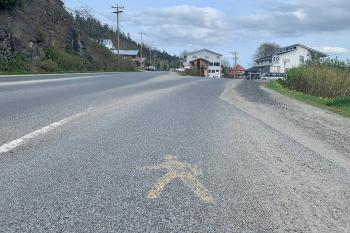 The Council of the Haida Nation confirmed on Friday, June 26, 2020 that it had commenced a three-week risk assessment and consultation period together with all island communities to review the impact phase 3 of the B.C. Restart Plan has on the rest of the province and consider similar changes for Haida Gwaii. Photo by Karissa Gall, Local Journalism Initiative Reporter
By Karissa Gall
Local Journalism Initiative Reporter
Haida Gwaii Observer

The Council of the Haida Nation (CHN) has shared more information about its COVID-19 recovery plan, including the implementation of a three-week period to review the impact phase three of the B.C. Restart Plan has on the rest of the province.

In an update on June 26, the CHN confirmed it had commenced the three-week “risk assessment and consultation period” together with all island communities, following the announcement on June 24 by Premier John Horgan and provincial health officer Dr. Bonnie Henry that phase three of the provincial restart plan was ready.

Phase three of the plan allows for the opening of resorts and hotels as well as in-province travel, which is currently still not allowed on Haida Gwaii per the CHN state of emergency.

The CHN said the three week buffer will allow for the review of similar changes for Haida Gwaii.

“The purpose of the risk assessment is to assess the practical impact of the new phase, in consultation with the First Nations Health Authority, Northern Health Authority, community health directors, local doctors, and leadership from both Haida and non-Haida communities on Haida Gwaii,” the update said. “We assess all available information and modeling to develop each step in Haida Gwaii’s ongoing COVID-19 response and recovery plan.”

The CHN also said the next phase of reopening for Haida Gwaii will be specifically tailored to the islands when it comes.

“On the basis of the outcomes of our risk assessment and consultation, we will make a determination whether, or the extent to which, changes will be made to the Haida Gwaii state of emergency, and we will issue a formal statement about the next phase of our plan,” the update said.

Currently, Haida Gwaii is in a phase that roughly corresponds with phase two of the B.C. Restart Plan, which allows for essential travel only.

On June 20 Haida Nation president Gaagwiis Jason Alsop confirmed the islands would not reopen to leisure travel within the next three weeks, but had not yet provided much detail on the plan for the rest of the summer.

At a special meeting on June 17, the Village of Queen Charlotte council had resolved to advocate for the removal of the non-essential travel restriction on Haida Gwaii three weeks behind when the province announces resumption of leisure travel.

Earlier this month Area E Director Evan Putterill also said he had been advocating for weeks behind closed doors to follow the Restart B.C. plan with a three to four-week delay period for non-resident travel.

In the June 26 update, the CHN noted reopening has been stricter on the islands compared to other parts of the province due to the unique geography of the archipelago and the Haida suffering “catastrophic losses in the past due to disease brought to Haida Gwaii by outsiders.”

“We live on remote islands with limited health resources. Our communities are tight-knit and rely on a handful of stores to provide for our needs, which results in a high degree of local interaction,” the update said. “There are also special risks in Haida communities that shape the development of CHN’s response to COVID-19. Many Haida live in multi-generational households that include elders, and high-risk members of the population.”

The update also said the devastating impact of historical epidemics is “alive in the minds of Haida citizens and provides context for our cautious approach to the COVID-19 pandemic.”