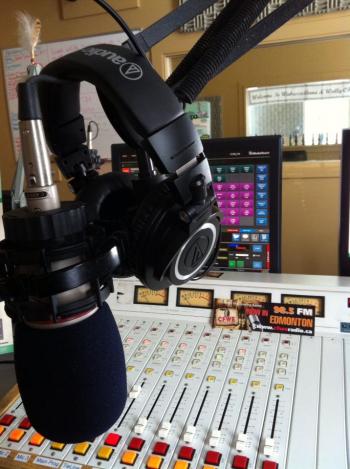 The CRTC has made its decision and approved licenses for Indigenous radio in Vancouver, British Columbia; Edmonton and Calgary, Alberta; and Ottawa and Toronto, Ontario

It approves an application by Northern Native Broadcasting (Terrace, B.C.) for a broadcasting licence to operate an English- and Indigenous-language Type B Native FM radio station to serve the urban Indigenous community in Vancouver.

The Commission also approves applications by Aboriginal Multi-Media Society of Alberta (the parent company of Windspeaker.com) for broadcasting licences to operate English- and Indigenous-language Type B Native FM radio stations to serve the urban Indigenous communities in Edmonton and Calgary.

In addition, the Commission approves applications by First Peoples Radio Inc. for broadcasting licences to operate English- and Indigenous-language Type B Native FM radio stations to serve the urban Indigenous communities in Ottawa and Toronto.

In light of the above, the Commission denies the remaining applications for broadcasting licences to operate radio stations to serve the urban Indigenous communities in Vancouver, Edmonton, Calgary, Ottawa and Toronto.

An Alberta-based Indigenous media organization has applied for two new radio licenses in the province.

The Aboriginal Multi-Media Society of Alberta (AMMSA) has applied to the CRTC to enhance its current Indigenous radio service with a new license for Edmonton and to provide a new radio service with the license available in Calgary.

AMMSA has operated CFWE-FM for more than 30 years. CFWE has had a loyal following in northern and rural Alberta for decades. AMMSA now hopes to build on its expertise to reach more Indigenous communities across Alberta than it already does.

And if AMMSA is successful in gaining the new licences, plans are to broadcast specialty programs to each city to target the audiences in those specific areas.

If successful in gaining the Calgary license, AMMSA will align with its Porcupine Hills license and have a new station for the whole Treaty 7 area. This will include establishing a broadcast studio in Calgary.

“We want to broadcast in Blackfoot, Nakoda-Sioux, Dene, Cree, and English,” said Bert Crowfoot, CEO of AMMSA. (AMMSA is the parent company of Windspeaker.com).

“In Edmonton, we already have 100-watt transmitters… What we want to do is a more urban sound,” he said.

Additionally, another goal with the Edmonton-only radio service would be “to focus on the specific issues and challenges which face the urban Indigenous population,” Crowfoot wrote in a statement on his Facebook profile.

Crowfoot took to social media to ask that letters of positive interventions be sent to the CRTC in support of AMMSA’s applications. (If you would like to support any of the groups applying for the licenses, go to http://crtc.gc.ca/eng/archive/2017/2017-1.htm . Deadline for comment is Feb. 7.)

“We have intimate knowledge of the issues that face the community, and we have the infrastructure in place to move quickly to meet the needs of the second largest urban Indigenous population in Canada,” he wrote.

Crowfoot established AMMSA in 1983, starting with the print publication Windspeaker. CFWE arose from AMMSA in 1985. A publication called Alberta Sweetgrass later came into existence in the 1990’s.

The motive behind all of this was to create a way to share the Aboriginal perspective, said Crowfoot. The new ambitions for AMMSA in Calgary and Edmonton would fall in line with that mandate.

The radio licenses being applied for are those previously granted to the Aboriginal Voices Radio network. They were revoked in 2015 by the CRTC for “serious and repeated non-compliance and the inability of the licensee to adequately serve the needs of the Aboriginal communities in these markets,” reads the CRTC website.

And the revoked licenses aren’t just in Calgary and Edmonton, but in Vancouver, Toronto, and Ottawa.

Aboriginal Voices Radio was given the opportunity to appeal the decision by the CRTC in court, but was denied the appeal by the Federal Court in November 2016.

The CRTC then went ahead and opened its application process to any other Indigenous organization wanting to be considered for the radio licenses.

All of this information is available on the CRTC website under the Broadcasting Notice of Consultation CRTC 2017-1.

Four other groups, aside from AMMSA, have applied. Windspeaker.com did reach out to them for comment for this story.

The CRTC website shows a company called VMS Media, which has applied for a license to operate “Aboriginal and Ethnic programming.” They plan to broadcast “at least 50% Aboriginal programming,” along with “up to 40% ethnic programming and up to 10% percent cross-cultural programming” for both Calgary and Edmonton.

First People’s Radio Inc., a subsidiary of the Aboriginal People’s Television Network, has also applied for Calgary and Edmonton, as well as Ottawa, Toronto, and Vancouver.

For the Calgary and Edmonton market, the applicant would utilize a mostly music radio station, with “89 hours and 15 minutes of local programming” broadcasting in English, Cree, and Blackfoot for Calgary, and English and Cree for Edmonton.

First People’s Radio isn’t interested in only serving regionally. The ultimate goal is to have a national network established.

“Our intention was to try to create what we hoped would be a national radio network when Aboriginal Voices Radio had their licenses. The Aboriginal community and the urban centers are totally unserved… not underserved, but not served at all,” said Jean La Rose, CEO of APTN.

“When you look at the talent in the communities, the artists, musicians, singers… whatever. We have a lot of talent nobody hears unless they're visiting their own communities”, he said.

APTN has undertaken its own marketing campaign looking for interventions and comments, including sending letters calling for support to tribal organizations as far away as Vancouver Island in B.C.

While APTN was working with a few organizations for their radio goal a few years ago, some of those organizations have gone their own way. AMMSA being one of them, said La Rose.

If APTN and First People’s Radio is successful with this year’s radio applications, La Rose believes there’s still a possibility everyone can benefit.

“We weren’t hoping to do this in opposition to anybody… It may not be right now, but I suspect that once the decisions are made and whatever the CRTC chooses to do, we will somehow all find a way to work together. That’s usually the way we resolve these things,” he said.

Wawatay Communications is in it for the Ottawa and Toronto markets, while Northern Native Broadcasting is vying for just the Vancouver market.

Crowfoot’s only regret about all of this is that it pits First Nations groups and organizations against one another, all for the same media goal.

“The one thing I have concerns about is that I don’t like to see Indigenous communications groups competing against each other. When we set up the Western Association of Aboriginal Broadcasters 15 years ago, we brought ourselves together,” said Crowfoot.

“We shared different stories and different techniques because we wanted us all to succeed… That’s how we used to do things,” he said. 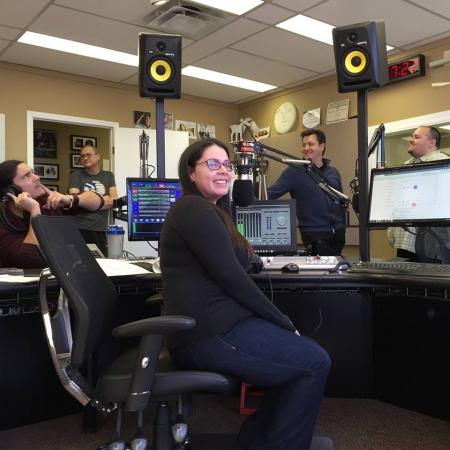 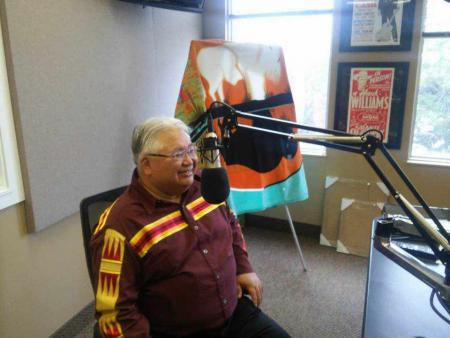 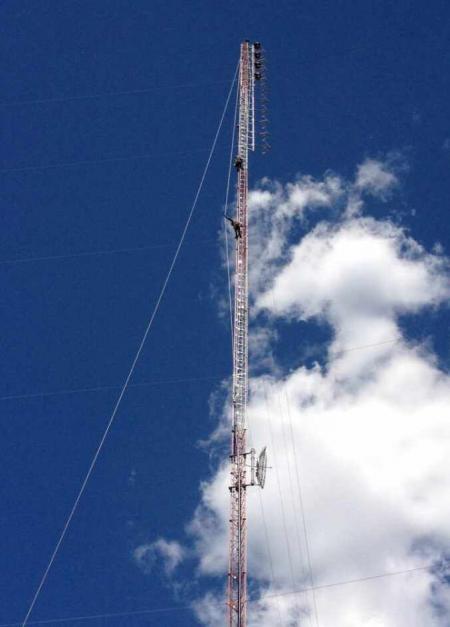 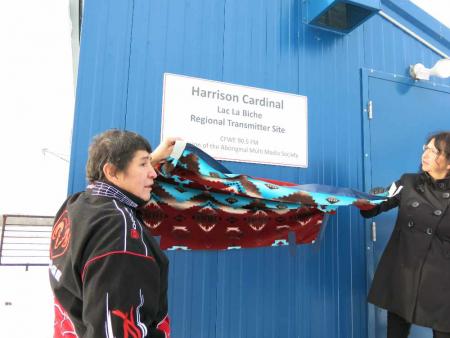 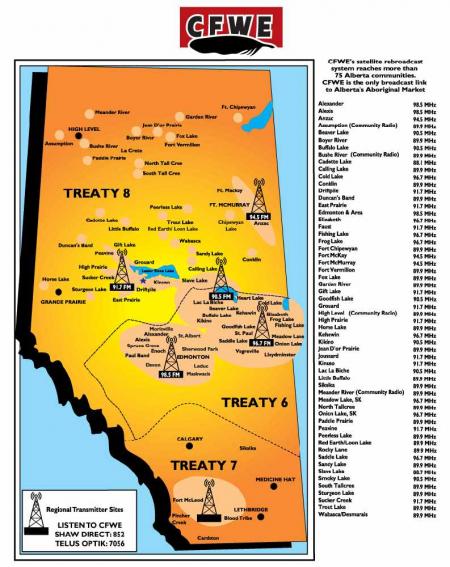