Gary Farmer to receive the Augie at imagineNATIVE 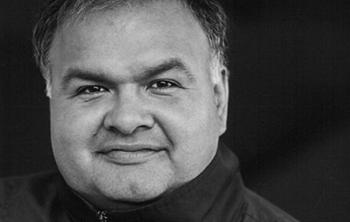 The imagineNATIVE Film + Media Arts Festival has announced that actor and musician Gary Farmer will receive the 2022 August Schellenberg Award of Excellence.

The “Augie” is an annual prize that recognizes significant professional and personal achievement by an Indigenous actor of any gender from Turtle Island.

Farmer will receive his award at the imagineNATIVE Awards Presentation on Oct. 22, at the TIFF Bell Lightbox in Toronto.

Farmer’s career has spanned more than four decades. Born in Ohsweken, Ont. into the Cayuga Nation and the Wolf Clan of the Haudenosaunee/Iroquois Confederacy, Farmer attended Syracuse University and Toronto Metropolitan University where he studied photography and film production.

His first acting role was in On The Rim of a Curse, the 1976 play about the Beothuk. His first major television role was on CBC’s Spirit Bay (1984). He subsequently played police captain Joe Stonetree on the syndicated TV series Forever Knight (1992 – 1994) and Chief Tom in the CBC First Nations TV series The Rez (1996).

Farmer is best known for his role as the spiritual, Native American guide Nobody in Dead Man (1995) directed by Jim Jarmusch. Farmer reprised the role for a cameo in Ghost Dog: The Way of the Samurai (1999), also directed by Jarmusch.

The August Schellenberg Award of Excellence was launched in partnership with Joan Karasevich Schellenberg to honour her late husband, actor August (Augie) Schellenberg. Past Augie recipients include Tantoo Cardinal in 2015, Tom Jackson in 2016, Tina Keeper in 2017, Michael Greyeyes in 2018, Michelle Thrush in 2019, Lorne Cardinal in 2020, and Dr. Shirley Cheechoo in 2021.

The imagineNATIVE Film + Media Arts Festival is the world’s largest Indigenous festival showcasing film, video, audio, and digital + interactive media made by Indigenous screen-content creators. The Festival runs this year in person from Oct. 18 to Oct. 23 and online from Oct. 24 to Oct. 30.