Willy made him famous, but Lear made him proud 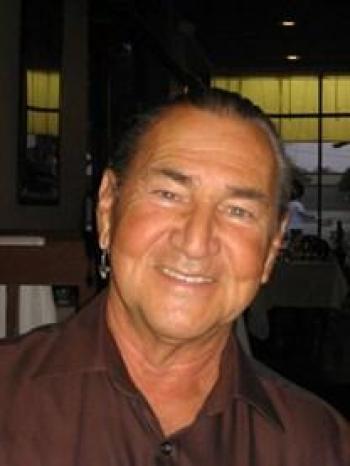 Mohawk actor August Schellenberg stole the scene in big screen productions like “Black Robe” and “The New” with his powerful presence, yet he insisted that everyone call him “Augie.”

“Even when I was directing him, it took a lot of self-control not to call him “Mr. Schellenberg,” said Mark Leiren-Young, who almost cut the part he’d written for Schellenberg in his environmental drama “The Green Chain” when Augie dropped out during shooting.

“The role was his. If he couldn’t do it, it wasn’t meant to be,” Leiren-Young commented. “But we waited. He’d had a cancer scare and thought he didn’t have much time left. But when things worked out, and he arrived on the set looking healthier than any of us, I couldn’t believe this man was 70.

“He used to be a champion boxer and a diver. He took off his suit jacket so audiences could get a hint of his muscles. After thinking he was too sick to do a one-day shoot in our little movie, Augie went on to do so many things. I was sure he was indestructible.”

Indeed, Schellenberg went on to act in theatre, movies and television for seven more years, but lost his fight with cancer on Aug. 15, 2013. During his 40-year career, he became one of the most familiar Aboriginal faces in film and television, belonging to a small group of actors called upon whenever there was a significant “Indian” part to be cast.

He played the Apache leader Cochise in “Geronimo”, and Sitting Bull in no less than three different productions; he indicated his favourite role was as the iconic chief in the film “Crazy Horse” and also in the film version of the Dee Brown bestseller “Bury My Heart at Wounded Knee”, for which he received an Emmy nomination.

“His heritage clearly meant the world to him and I was knocked out by how much homework he did with First Nations friends to make sure that his piece in “The Green Chain” rang true,” commented Leiren-Young.

“The rehearsal process for Lear was exhausting… but we were committed to the depth of it. So to ease the tension Augie and I would sing. The oldies as he would call them – Big Band, early Jazz. The halls of the National Arts Centre will miss his beautiful and tender voice. And so will I.”

In a January 2010 interview on Native Trailblazers radio, Schellenberg reminisced about how he had picked up a Time Magazine in Montreal in the 1960s and read about the National Theatre School.

“I had never been in a play let alone even seen one,” Schellenberg said. He auditioned and was accepted three years later. Graduating in 1966, his first film was “Rip-Off” in 1971.

In 1981 he recorded voices for the animated film “Heavy Metal” and in 1991 he had a role as the visionary Algonquin Chief Chomina in “Black Robe”, about the 17th century meeting of European Jesuit priests and Indigenous people in Canada.

He was nominated for three Genie Awards, winning once for Best Supporting Actor in 1991 for “Black Robe.”

But two years later, it was his role in the blockbuster movie “Free Willy” that brought him fame. As Randolph Johnson, a Haida amusement park worker, he looked after a killer whale named Willy in the original 1993 film.

He befriended Jesse, a troubled boy working off community hours in the park, who bonds with Willy and teaches him new tricks. The park’s owner plans to exploit them and reap the rewards, but when Willy fails to perform, the owner decides to kill the whale and claim the insurance.

Jesse and Randolph return Willy to the sea; in an unforgettable slow-motion climax, Willy escapes his pursuers and leaps over the breakwater to freedom. The film was an international success and Schellenberg played Randolph in the 1995 and 1997 sequels.

Born in 1936 to a Mohawk mother and Swiss-German father, the actor was adopted by a woman who raised 10 children, plus Schellenberg.

“I was the luckiest man in the world,” he said in the Native Trailblazers interview. “This woman was so good to me. I’ve heard horror stories about foster homes, but I was treated well.

“I didn’t meet my birth mother until I was 24 years old. It was quite a meeting.” With only a Grade 4 education, Schellenberg started working at the age of 10.

“In those days we could work at an early age. The money was needed in the family and so I went out and got a job.”

Schellenberg called Toronto home until 1995, when he moved to Dallas, Texas with his wife, actress Joan Karasevich, whom he met in theatre school. He was the father of three daughters, two with Karasevich.

Upon Schellenberg death, The National Arts Centre lowered its flag in his honour.

“The word that always comes to mind for Augie is “gravitas”, said Leiren-Young. “There was a power to him both on and off-screen. He’s the guy you had to watch.”