Funding should go direct to Nations, and bypass unaccountable provinces 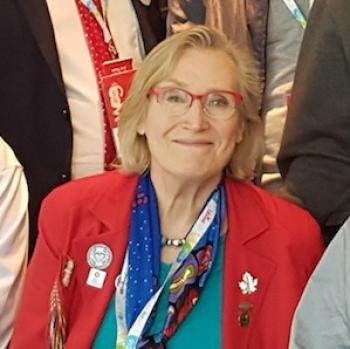 There is no role to play by Indigenous Affairs—or the provinces for that matter—in the new fiscal relationship that is being built between the Crown and First Nations.

That is the message INAC Minister Carolyn Bennett received Wednesday, Dec.7 when she participated in a “fireside chat” at the Assembly of First Nations’ Special Chiefs Assembly.

But, Bennett said that the relationship between INAC and First Nations was in a transitional phase. Until all First Nations were “out from under the Indian Act”– and she said incentives may be necessary for all First Nations to make that move–INAC still has to be involved in that fiscal oversight.

“I have a responsibility of custodian of the (Crown-First Nations) relationship to make sure that the processes, like this (Chiefs’ Fiscal) committee, does the kind of work they need to do with all the relevant ministers so that we can actually get to something you’re describing,” she said.

In July, Bellegarde signed a memorandum of understanding with Bennett to “lay the groundwork for a new era of stable, sustainable and predictable funding for First Nations [to move] towards closing the gap in the quality of life between First Nations and Canadians.”

Joining the Chiefs Fiscal Committee at the last meeting were Auditor General Michael Ferguson and Treasury Board President Scott Brison. Their inclusion is significant, said Bellegarde. Ferguson talked about creating a national First Nations auditor general, said Bellegarde, if First Nations were to create their own institutions that would be responsible for accountability and transparency.

And, “You need Treasury Board involved if you’re talking about a … new fiscal agreement with the Crown, and transfers government to government. So there’s got to be some internal policy changes as well,” said Bellegarde.

As it stands now, money flows to First Nations through a number of federal departments and through the provinces in areas of education, health and social services, and sometimes with INAC acting as the intermediary.

“I am on the ground. I am in the community. I am seeing how all of these relationships translate into what takes place in our communities,” said Jimmie.

Speaking from the floor, a number of chiefs said that provinces received funding on behalf of First Nations, but then turned around and said their responsibility did not lie on reserves.

There was no accountability on whether the provinces spent the money in meeting the needs of off-reserve members. Chiefs said the money should be coming directly to them and not to the provinces.

Bennett said the way money flows now is not satisfactory.

“How do we plan this in a way that is good for you?” she asked. “How do we make this work across all the whole of government and moving forward?

“It means that you get to plan health and infrastructure and education. It means that you can do the kind of comprehensive community planning that you know you need knowing that there would be one place where you would go to be able to fund what your vision for your community is.”

Jimmie said that at the Chiefs Special Assembly in December 2017, the committee will present recommendations for consideration. Between now and then, meetings will take place with First Nations and government representatives.