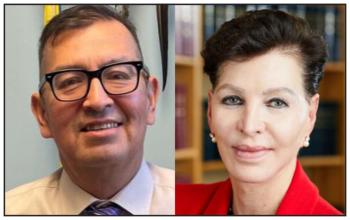 “… you’re saying to us, Crown and Brookfield, ‘Get up. You bear the onus. You pay the money. You trigger the duty.’ That’s their case. And it’s wrong.” —Kate Kempton, co-counsel for the Mississauga First Nation
By Shari Narine
Local Journalism Initiative Reporter
Windspeaker.com

The Mississauga First Nation is asking the Ontario Superiour Court to rule legislative changes made by the province to do away with water permitting for hydroelectric dams is a breach of the Sect. 35 constitutional duty to consult and accommodate.

More than that, said Mississauga Nation co-counsel Kate Kempton, the province has put the responsibility on the shoulders of the First Nation to ensure that Ontario meets that duty.

The dams in question were put into operation on the Mississagi River, the heart of the Mississauga Nation’s traditional territory, from 1950 to 1970. In 2002, Ontario Power Generation sold the dams to an affiliate of Brookfield Canada Corp.

Even though Brookfield applied for a permit to take water when it started operating the dams in 2002, that permit was not granted until 2009. In 2016, Brookfield applied for another permit. The approval process was not yet completed when, in 2019, the minister of Environment, Conservation and Parks amended the Ontario Water Resources Act revoking the statutory requirement for such a permit for all hydroelectric dams.

The permit process triggered the duty to consult, argued the Nation. Ontario argued it did not.

“The Mississauga First Nation has been cut down to its knees by this project,” said Kempler in an impassioned summarizing of the case presented over two days, June 16 and June 17.

The reason the Nation is “arguing this today is because we begged and pleaded for four years. When the trigger had already occurred in Canadian law to please consult and accommodate us instead of kicking us down again…and you’re saying to us, Crown and Brookfield, ‘Get up. You bear the onus. You pay the money. You trigger the duty.’ That’s their case. And it’s wrong,”

Legal counsel for both Ontario and Brookfield pointed to a water management plan (WMP) that was ordered by the minister of Natural Resources and Forestry in 2002. The plan was approved in 2010.

The Mississauga Nation was more than “passive participants” in the WMP, said Brendan Haynes, counsel for Ontario. Members sat on a number of committees.

Haynes also stated the WMP could be used to address concerns. He said the Nation could have offered amendments, but never did.

The minister could also be requested to make an order to limit water takings through the Water Resources Act, said Ontario co-counsel Imran Kamal. If the Nation made that request and the minister didn’t respond favourably, that decision would be subject to judicial review.

However, pointed out Justice David Corbett, who led the three-judge panel, whether through the WMP or the Water Resources Act, Ontario contended that neither avenue triggered a duty to consult or accommodate under Sect. 35 of the Constitution.

“This goes back to Duty to Consult 101. It’s up to the province to identify where the duty arises and to scope that duty and to advise the First Nation of that,” said Corbett.

Nick Kennedy, co-counsel for Mississauga Nation asserted the Ontario Superiour Court had the jurisdiction to declare the amendment to the Water Resources Act, to remove the requirements for a water permit, as unconstitutional “because it is inconsistent with Sect. 35.”

Although the dams have had a 70-year plus impact on the river, the Nation is only seeking for the court to declare that Ontario and Brookfield have to fulfill their duty to consult and accommodate from 2016 and into the future.

Because Brookfield has owned the dams since 2002, both Brookfield and Ontario questioned the need to consult or accommodate now, saying nothing has changed in the operation of the dams.

“There has to be a causal connection between the present government conduct…and the potential for adverse impacts. If there is an existing ongoing breach that is at play in the background, again the duty is only triggered if the present Crown conduct causes novel adverse impacts. Historical impacts do not trigger the duty to consult,” said Haynes.

John Terry, counsel for Brookfield, agreed with Haynes, citing a number of cases that indicated the duty to consult was due to “new and novel and additional adverse impacts that are arising,” he said.

Past impacts, said Terry, were best dealt with through a civil suit.

“This is about adverse impacts to rights and interests or the exercise of them,” said Kempton.

She said allowing an already-built project to continue operating would have adverse impacts and “it doesn’t need to be of a different type.”

“The substance of what actually happened is what we have to weigh, I think, in assessing how it fits into the Crown’s duty to consult,” said Corbett.

The court has reserved its decision to a later date.

The Nation is also pursuing civil action against Ontario and Brookfield for past damages and compensation. It alleges the dams were built without regard, consultation or accommodation of the First Nation’s practices of its Aboriginal and treaty rights. The statement of claim has been filed in the Ontario Superiour Court. The defendants have yet to file their statements of defence.

In an email to Windspeaker.com, Kempton said, “…All the litigation steps leading up to the hearing have to happen. If the case does not settle, it could be years before there is a hearing.”

“The dams were built from the 1950s to the 1970s, and their impacts have been building up ever since,” said Mississauga First Nation Chief Bob Chiblow in a statement. “These dams have decimated our lands and way of life for 70 years and would do so for the next 700 years if we let the government and the company get away with this.”