Extraterrestrials, a secret world, transformation and animation at Urban Shaman 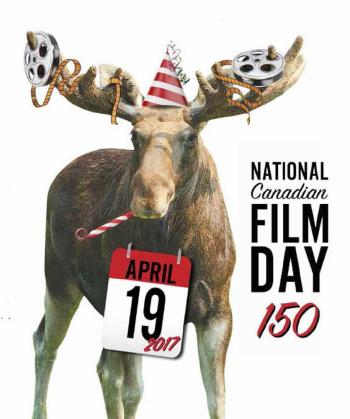 Urban Shaman Gallery is joining in the celebration of Canadian film and Canada’s 150th anniversary with a movie night on April 19.

Enjoy extraterrestrials, the transformation of a boy into a salmon, the secret world discovered by a medicine man, and be moved by many other films during 60 minutes of work by Indigenous filmmakers at the gallery.

The event is part of National Canadian Film Day 150, presented by REEL Canada. It’s a “massive one-day celebration of Canadian cinema” that will take place across the country with movies broadcast on television, online, and with more than 1,700 screenings in cinemas, libraries and in public squares from coast to coast to coast.

Events will be held in every province and territory—most free—and will include Canadian film talent. Highlights will include a “star-studded interactive webcast for high school students and a pop-up drive-in.

Urban Shaman will present an evening of all animation shorts, screened at the main gallery at 203-290 McDermot Ave. in Winnipeg.

The Short Animation Films by Indigenous Artists Program at Urban Shaman Gallery will include:

The film explores the way traditional hunting in Nunavut has evolved so that it can continue to play a vital role in contemporary Inuit culture.

A young boy is transported through his television set to the scene of a traditional Indigenous hoop dance, encountering his family’s cultural heritage in a new way.

Symbols of traditional knowledge come alive and find themselves inside the pages of a book.

DANCERS OF THE GRASS

Set to a song by Little Hawk, this animated story is a daughter’s starkly honest tribute to her estranged mother.

An Indigenous youth with a family history of residential schooling, 13-year-old Joey is arrested and put into a group home where he gets a chance to turn his life around.

This stop-motion tale explores the historical question of whether smallpox-infected blankets were given by European settlers to Indigenous populations unwittingly, or as a deadly “gift.”

A young Indigenous street artist struggles to return home after being transformed into a salmon.

THE ORPHAN AND THE POLAR BEAR

In this adaptation of an Inuit legend, a neglected orphan is adopted by a polar bear Elder and, under the bear's guidance, learns the skills he will need to survive.

A woman’s sacred healing dance causes a miracle to occur in an otherwise bleak and devastated environment.

The charming “true” story of an encounter between extraterrestrials and a Cree family.

A medicine man walks in the woods and discovers an intriguing secret world.