Emotional vigil in Edmonton for 215 children 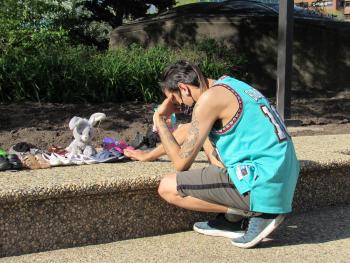 A mourner in Edmonton at the vigil held for the 215 children's bodies found at the site of the Kamloops Indian Residential School in British Columbia. Photos by Paula E. Kirman.

About 300 people gathered in front of the Alberta Legislature on May 30 for a vigil to mourn and remember the 215 children whose bodies were discovered buried on the site of the former Kamloops Indian Residential School in British Columbia. The discovery was announced last week by the Tk'emlúps te Secwépemc First Nation leadership.

The vigil was organized by the University of Alberta Indigenous Law Students' Association. People were invited to drop off children's shoes all day leading up to the vigil, to represent the children who died at the school.

There were at least 215 pairs of shoes, as well as other items, such as stuffed animals and flowers, arranged around the Catholic Sisters' Legacy monument at the Legislature, dedicated to Canadian nuns. The Kamloops residential school was in operation from 1890 to 1969 by the Catholic Church.

Kohkum Kathy Hamelin, who led the opening smudge and prayer, bathed herself in mud. She explained that this represented a connection to the earth, and that, “the children are now part of the earth.”

Anita Cardinal-Stewart, president of the Indigenous Law Students' Association, kept time while 215 seconds of silence were observed. “We’re here to come together to honour, to pay our respects, and to mourn and grieve together,” she said.

“We are facing a time here, right now, where so many people are waking up to the fact that these things happened; that Canada is built from genocide.”

She said “Reconciliation cannot happen without truth,” adding that only nine of the 94 Calls to Action from the Truth and Reconciliation Commission have been completed, and none since 2019.

Cardinal-Stewart called upon allies to “Stand with us. Amplify our voices, the voices that need to be heard. So many times our stories are told for us, and we’re tired of that.”

Those in attendance, many of whom were wearing orange, a colour of remembrance of the terrible legacies of residential schools across Canada, were invited to share their experiences and stories.

Edmonton's vigil was one of many that were held across the country after news broke of the children's remains being found.

News of this discovery may be very triggering for residential school survivors and their loved ones. Those in need of support can call the Indian Residential School Survivors Society emergency crisis line at 1-866-925-4419. Help is available 24/7. 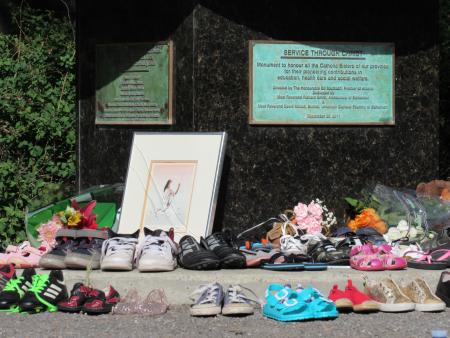 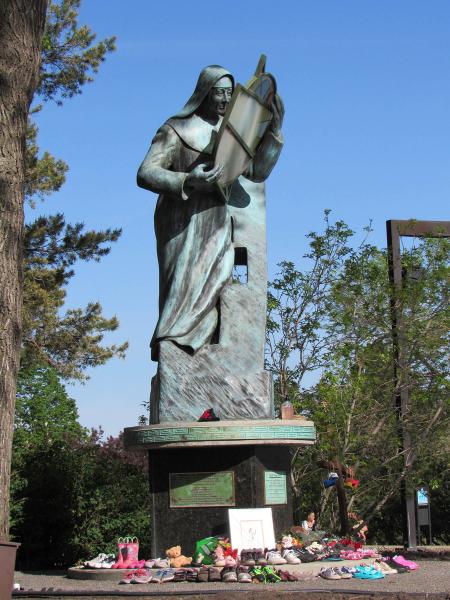 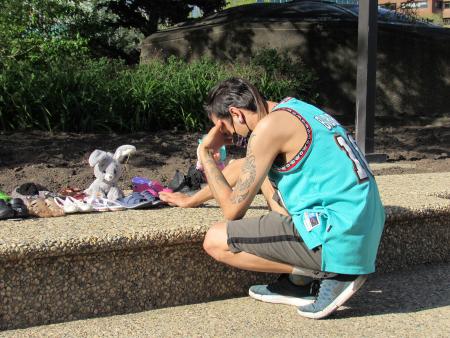 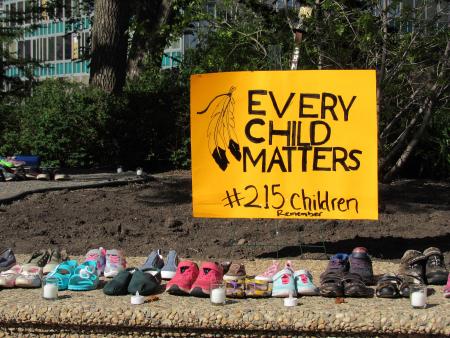 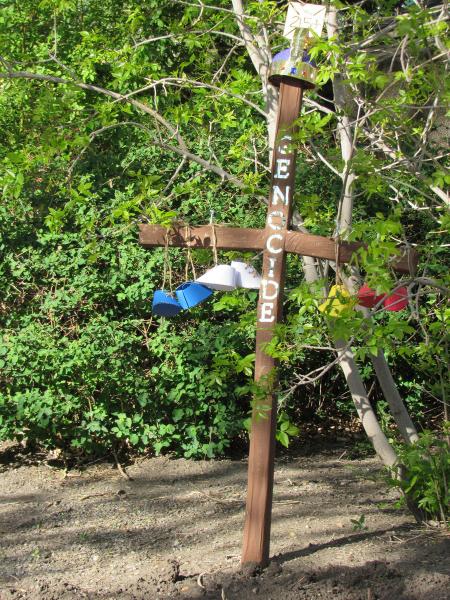 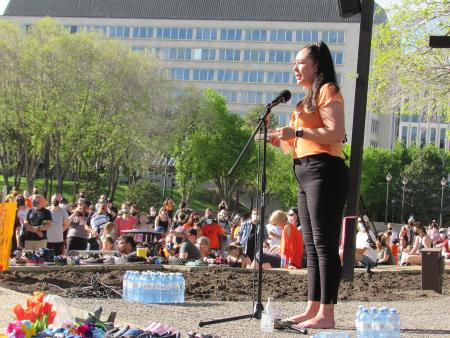 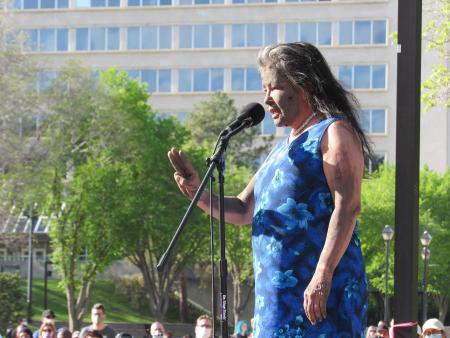