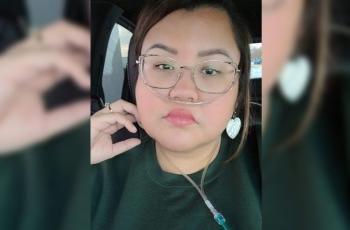 “The resources and level of care dedicated by OneFeather to the election were woefully inadequate.” — arbitrator Jeremy Taylor
By Shari Narine
Local Journalism Initiative Reporter
Windspeaker.com

Arbitrators acting on appeals for two different Alberta band elections have both used the “magic number” test to decide that members will not be returning to the polls.

In an extensive 24-page report that took six months to deliver, arbitrator Jeremy Taylor ruled on two of the three appeals that focused on mistakes in the management of Whitefish Lake First Nation’s election. He said while mistakes were numerous, there was no “material affect” on the outcome of the April 12 vote.

It took arbitrator Tony Mandamin two weeks to draw the same conclusion that electronic voting issues, which were the grounds for two accepted appeals for the Bigstone Cree Nation election held Sept. 29, presented no “material affect” on that outcome.

Both arbitrators relied on a 2012 Supreme Court of Canada ruling that said, in using the “magic number” test, an election must be annulled if the rejected votes are equal to or greater than a successful candidate’s margin of victory.

In neither Whitefish Lake’s nor Bigstone Cree’s elections did the evidence indicate that the number of votes that could not be cast or were not counted was equal to or greater than the difference between the winner for a councillor position with the least amount of votes and the loser with the highest amount of votes.

Nicole Auger was one of two women to file appeals on the Whitefish Lake election alleging infractions in numerous areas of how the election was conducted, including breaches of voting rules; line-ups that had voters waiting four to six hours; discrepancies in recording and reporting on ballots; and numerous breaches of the re-count provisions.

Taylor acknowledged all these issues, but ultimately held that “although very serious, (they) had no material affect on the outcome.”

However, Taylor went on to level criticism on OneFeather, the British Columbia-based company hired by Whitefish Lake, to conduct the election.

“The resources and level of care dedicated by OneFeather to the election were woefully inadequate,” said Taylor.

Auger says while she is disappointed with the decision and the time it took to be delivered, it does back up her concerns.

“It doesn’t discredit the fact that discrepancies took place during and after the election and that OneFeather mishandled the election process,” said Auger. “They didn’t follow our regulations.”

OneFeather sent a single employee to undertake the election, which had in-person voting as its sole option, and established only a single polling station. Issues that cropped up led to shutting down balloting at one point, long voter line-ups, and counting votes cast into the next morning.

“My frustration from the beginning has been OneFeather. How do we hold companies like OneFeather accountable?” said Auger. “Most nations’ regulations don’t have an option in their code to hold the electoral officer accountable. This means OneFeather can come, do a messy election, members can appeal, but OneFeather slips away with no accountability to anyone or any nation.”

Auger pointed to another northern Alberta election in 2018 where OneFeather “sent a whole team of people. They have the people…They just didn’t want to send more people. And if you don’t have the people, then just don’t take (the election) on.”

Lawrence Lewis, CEO and founder of OneFeather, said he had not reviewed the arbitrator’s ruling and was not aware of its criticisms of OneFeather’s handling of the Whitefish Lake election.

Lewis told Windspeaker.com that he would review the ruling “at some point” and offered no further comments.

According to Whitefish Lake’s custom code, the arbitrator should have had his decision handed down on all appeals by mid-May.

OneFeather also conducted the election in Bigstone Cree Nation in September. Appeals arbitrator Mandamin did not find any wrongdoing on OneFeather’s part although he noted difficulties did arise with personal identification numbers for people who wanted to vote electronically.

He pointed out that the addition of the verification process was posted seven days prior to the election and OneFeather followed up through email with everyone who had taken the initial steps to vote electronically.

Mandamin said the responsibility fell on voters to complete the final step.