Duty to consult needs to be law not policy, says Saskatchewan opposition MLA 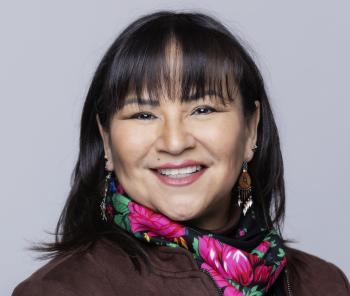 An opposition MLA has introduced a bill in the Saskatchewan legislature that will see the duty to consult Indigenous peoples moved from policy to law.

On April 13, NDP member for Saskatoon-Centre Betty Nippi-Albright tabled Bill 609, An Act respecting the Meaningful Implementation of the Crown’s Duty to Consult in Saskatchewan.

“When this government is touting itself for reconciliation and keeps patting themselves for all that they're doing in terms of reconciliation, then passing this bill would be an example of meaningful reconciliation,” said Nippi-Albright, who is also opposition critic for First Nations and Métis Relations, Truth and Reconciliation, and the Public Service Commission.

While Nippi-Albright initially took action in response to the government's practise of auctioning off Crown lands and leases annually without giving Indigenous communities first rights of refusal, the bill became wide reaching.

It calls for consultation on all “Crown Conduct,” which is defined as “an action taken by the Crown or which is contemplated by the Crown which may adversely impact Treaty and Inherent Rights.”

Along with the disposition or auctioning of Crown lands, minerals and leases, consultation is also called upon for changes to regulations, policy or strategic plans; changes that would have an environmental impact on water; and changes to the allocations of quotas or licenses of fish and wildlife for recreational or commercial use which may later impact the right of access to those resources protected by Treaty and inherent rights.

The bill calls for First Nations and Métis communities to be provided with sufficient notice of the Crown’s intention and sufficient time to consult with their members.

It also calls on the government to “adopt accommodation measures … that minimally infringes on the Treaty and Inherent rights of First Nations and Métis communities.”

Upon completion of the consultation process, the bill directs the government to explain their decision to the Indigenous communities and “how the First Nations and Métis communities’ concerns were taken into consideration and, where relevant, the particulars of any accommodation measures implemented to avoid or minimize impacts to Treaty and Inherent Rights.”

The government’s current duty to consult policy “is outdated and it also doesn’t work. It is broken,” said Nippi-Albright, who is from Kinistin Saulteaux Nation.

Despite a policy that calls for proponents to have early engagement, cover costs for capacity building, and minimize or mitigate adverse impacts on Treaty and Aboriginal rights and traditional users, these are not happening, she says.

“That is why I’m proposing legislation…that’s what needs to happen if policies have not been working and have not been implemented in a way that’s fair. And policies don’t have teeth … whereas a bill does,” said Nippi-Albright.

Nippi-Albright says she has done “extensive” consultation with Indigenous groups since she was elected in 2020. Those consultations have included the Federation of Sovereign Indigenous Nations and the Métis Nation-Saskatchewan.

The duty to consult “is just not working for the people that are being impacted by the sale of Crown land and leases in this province,” she said.

“These Crown lands and leases are being sold that are adjacent to the (Indigenous) communities and many communities are saying this is treaty territory. Anytime the government is proposing to sell off Crown lands or leases … we need to know which territory. We’ve used this whole territory.”

Nippi-Albright also holds that government criteria puts Indigenous communities at a disadvantage. Bids for Crown lands start at $75,000, which is a hefty price tag, she says, and leases are for cattle grazing only, which means communities are forced to take up ranching—an expensive venture— to access the leases even if they only want the land for medicine picking or berry picking.

She also points out that only 10 per cent of Crown land is left in Saskatchewan.

“There will be no Crown land left for First Nations and Métis people to exercise their treaty rights to hunt, fish, gather, medicine pick,” said Nippi-Albright.

The present government policy states that treaty and Aboriginal rights and traditional uses can only be exercised on private land and leased Crown agricultural land with the permission of those owning or leasing the lands.

The lack of Crown land also impacts the Treaty Land Entitlement (TLE) process which sees bands being able to purchase Crown lands to make up for lands they were shorted when treaties were signed.

Nippi-Albright says TLE bands should be given the first right of refusal to the Crown lands that are being sold.

She also says she’s heard that registered letters and emails to inform bands of land or lease auctions are not sufficient nor is the time that is provided to Indigenous communities to speak to their members before responding to the government.

It is rare that a bill introduced by an opposition member is passed into law. Also hampering this bill’s chances is that the Legislature is scheduled to finish sitting by the third week of May. The bill will likely die on the order paper.

“But I’ll keep introducing it and use this time to educate folks,” said Nippi-Albright, who points out that the present policy was “created from a Eurocentric lens” and doesn’t incorporate the calls to action from the Truth and Reconciliation Commission on the legacy of Indian residential schools nor the articles from the United Nations Declaration on the Rights of Indigenous People.

She is also critical of what the government means when it says it is revisiting the policy, saying it “needs to be overhauled” and not just “change a few words.”

“The Consultation Policy Framework…was put in place several years ago following engagement with Indigenous peoples in our province, and we plan on engaging once again in 2022 so we can properly update it,” said Jonathan Tremblay, the ministry’s executive director of communications.

“The framework guides our objectives to protect Treaty and Aboriginal rights, and advance reconciliation between Aboriginal peoples and non-Aboriginal society,” continues the statement in part.

According to the current consultation policy framework, the government “does not accept assertions by First Nations or Métis that Aboriginal title continues to exist with respect to either lands or resources in Saskatchewan,” which includes the issuance of mineral dispositions.

In the spirit of reconciliation, Nippi-Albright is encouraging Saskatchewan people to send letters to their MLAs “because Crown lands impact all of us.” She says while she can table letters in the legislature she cannot table emails.