Complicated business: Getting sex workers out of the trade 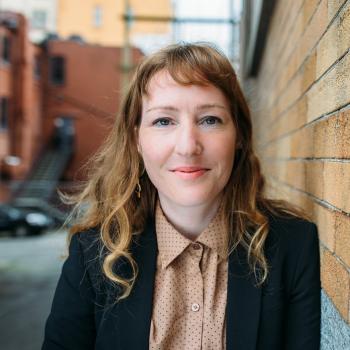 (January 11, 2017) New money coming to a consortium of five Vancouver agencies is targeted for opening one-on-one discussions with sex trade workers that could lead to getting then off the streets and into other forms of income-earning.

But it will take more than discussions, says Laura Dilley, executive director with PACE Society, to address the complex issue of giving sex trade workers another option.

“Many of the workers we see who want to transition out of sex work are living in abject poverty,” said Dilley. “Some people don’t even have housing yet, so it’s (about) meeting people’s basic needs.”

And that is “a huge missing piece,” said Dilley. “Finding stable housing here in Vancouver is really hard. Housing is a provincial mandate and there’s actually a shortage of low income safe affordable housing so that is actually an issue we run up against.”

Often times, instead of finding permanent housing, women are put into transitional rooming and even then, some women turn down the accommodations because bed bugs and other vermin make the space uninhabitable, she said. The wait list for affordable housing in BC is seven to eight years.

“So it’s really frustrating. But sometimes we can leverage partnerships with other organizations to find safe spaces for certain individuals. Sometimes we do things very informally…. We really leverage all of our connections to try to help that person out,” said Dilley. “If they don’t have housing, it’s really difficult.”

PACE, along with the Aboriginal Front Door, Battered Women’s Support Services, HUSTLE at HIM – Health Infinitive for Men, and WISH Drop-In Centre Society, have received funding from Public Safety Canada to operate Transitions, a program with the primary objectives of developing and implementing a transitioning, retiring, exiting program responsive to the needs of sex workers in Vancouver.

The consortium, formed in 2012, worked to develop models to help sex workers transition out of sex work, says Dilley, as well as “aggressively” pursing funding. That funding didn’t come through until this year and will pay for each organization to hire a Transition support worker for five years.

But, notes Dilley, PACE itself doesn’t have stable core funding so each year must pursue a variety of grants, which results in inadequate funding some years and the inability to continue successful programming.

“As a result there are a lot of people who fall through the gaps because we can’t help everyone,” she said.

PACE Society is peer driven, with staff having been former sex workers.

“We take a peer-driven approach that respects sex workers’ right to self-determination. We meet people where they’re at under a harm-reduction model,” said Dilley.

She points out that sex workers are a hard to reach population, fearful of being judged.

She notes that about half of sex workers are Indigenous women. Because of that PACE has a high number of Indigenous staff and also partners with Aboriginal Front Door in order to work with Aboriginal communities that are supportive of the women. That work includes connecting with Elders and Aboriginal scholars.

“We don’t shame. We come at people where they are at and we work to meet their basic needs,” said Dilley.

But even with that philosophy, Dilley admits PACE is “having a really tough time trying to reach such a stigmatized population.”

Dilley says that although this formal Transitions program is only about to get underway, PACE has been doing transitioning for over 20 years.

And with all the frustrations involved, there have still been many successes, which include former members going on to be executive directors in other organizations and working in the non-profit sector.

Between the five agencies more than 1,000 sex workers are supported annually.