Chalk it up to a teaching moment 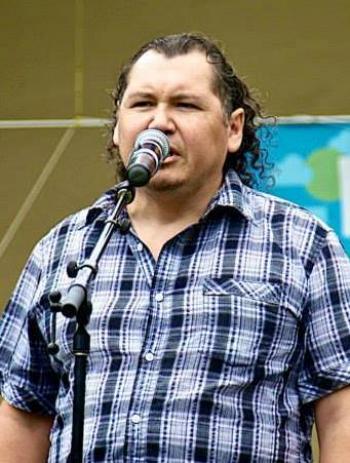 When people are not aware of the protocols that come with Indigenous cultural and spiritual practices—and don’t take the time to ask—then mistakes happen.

This is what a Papaschase First Nation member is learning after an event was organized for an Edmonton singles club.

The evening meeting included Indigenous traditional cuisine, wine and a lesson in the “Art of Smudging” at $40 a person.

The event post on Facebook caused an uproar. People accused the organizers of making money off of Indigenous culture, shaking their fist and head at the idea of linking wine with the smudging ceremony.

“Our culture is not for profit… How insulting... We are a giving ppl not a greedy one...that defys our beliefs,” wrote one woman.

"Since when is this an art"…tsk, tsk! Our culture is becoming white washed!,” wrote another.

When organizers fought back against the onslaught of angry comments, Chief Calvin Bruneau of Papaschase Nation jumped in to cool things down.

In an interview with Windspeaker.com, Bruneau said the comments had been getting out of hand. He dealt with it immediately. The organizers canceled the event and apologized.

But the event post on Facebook has taken on a life of its own with people sharing it even though the event is now canceled, he said.

Bruneau stressed the nation had nothing to do with the event. It was brought to his attention by a friend.

“It’s a singles group here in town and one of our descendants is part of that group and he just put that event together and they didn’t consult with myself or any of our Elders about this,” said Bruneau. “The post was prematurely sent, and then it just went viral. It blew up.”

He said he understood that people were upset about the event. It wasn’t the right place for such cultural teachings, he said, and he wouldn’t endorse such a thing, but there was no harm intended by the organizers.

They just thought it was a good idea to share some of the culture and the teachings. They were intending to have a dinner afterwards and were charging $40 a plate for the food.

“So right away people assumed they were trying to charge money for teaching about smudging.” Bruneau said people took the plans for the event out of context.

But the fact that there was wine linked with the smudging ceremony also upset people.

“I understand. You shouldn’t mix the two. You can’t.” said Bruneau.

He said if the organizers would have contacted him, as they were supposed to before posting the event, he would have said no. “That’s not the right context.” He said he contacted an Elder, even though he knew what the answer would be, and the Elder confirmed that.

“The Elder said the same thing. It’s not the right context.”

But the post was out before organizers got the chief’s response.

“This is a teaching moment,” said the chief. “This is a time when we should look at actually doing proper teaching… and we shouldn’t be too harsh on the people that don’t really know. But there is proper protocol that should be followed. But if they don’t know, they don’t know.”

“So it is a bit of a learning curve for both sides.”