BC Supreme Court about to hear precedent-setting Nuchatlaht Nation case 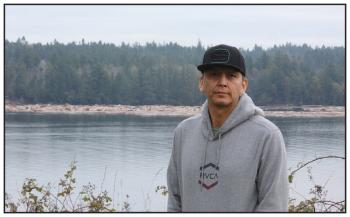 “Considering the way Canada has been towards us up until now, there’s been no sign of UNDRIP or any of that good faith yet, so I was not holding my breath.” Ha’wilth (chief) Jordan Michael
By Shari Narine
Local Journalism Initiative Reporter
Windspeaker.com

The legal counsel who successfully navigated the historic Supreme Court of Canada’s Tsilhqot’in Nation decision, which declared Aboriginal title was held on a substantial tract of land in British Columbia, is heading the legal charge for the Nuchatlaht Nation. He is confident the little nation will have the same success.

“Our argument is really very simple, that Indigenous people, like all Canadians, have the right to inherit the wealth of their grandparents…They have a right to the land that their ancestors own.

“It’s a very simple argument and that right that was cut off by government actions in the past decades is what we’re going to fix in this court case,” said lawyer Jack Woodward.

The Nuchatlaht Nation began its legal battle in 2017 fighting BC and the federal government to get their land back. Their territory includes a large part of Nootka Island off the west coast of Vancouver Island. It has been impacted by industrial logging and fishing for almost a century since Nuchatlaht was displaced by the BC government. BC has awarded licenses to corporations to work the land. Western Forest Products, one of those licensees, is also a defendant in the case.

The remedy being sought, said Woodward, is that Aboriginal title exists and BC’s Forest Act ceases to apply.

“The forest companies are going to have to deal with Nuchatlaht, not with the provincial government and Nuchatlaht may decide they’re not going to keep cutting down those trees,” he said.

Woodward participated in a webinar hosted by the Wilderness Committee last week, along with Nuchatlaht Ha’wilth (hereditary chief) Jordan Michael and Nuchatlaht House Speaker Archie Little, to talk about the upcoming case, which will see arguments begin March 21 in the BC Supreme Court in Vancouver.

Woodward said he had just received the province’s statement of defence on the case, which outlined three arguments: that Nuchatlaht did not presently occupy the land; BC laws displaced or extinguished Aboriginal title; and Nuchatlaht was “too small and weak” to have Aboriginal title.

Woodward chided the province for its “disgraceful argument” and called on the attorney general David Eby to “turn it around.”

“Considering the way Canada has been towards us up until now, there’s been no sign of UNDRIP or any of that good faith yet, so I was not holding my breath. Sure enough, there’s no change in their tactics. It’s pretty disappointing but its not a surprise,” said Michael.

The Nuchatlaht case will be the first land title to be tested against DRIPA and could be precedent setting.

Woodward said there are a number of other potential cases – Haida, Coquitlam, Cowichan Tribes – that could be impacted by this decision.

The Nuchatlaht case is also a direct application of the precedent-setting 2014 Tsilhqot'in decision. The Supreme Court of Canada stated that a semi-nomadic tribe can claim title to a tract of land even if used sporadically.

Woodward said that after the Tsilhqot'in decision he expected a “flood of cases” but there hasn’t been.

The Nuchatlaht trial is scheduled for eight weeks.

“All of the delay is caused by the resistance by the provincial government. Canada is being more or less passive. So British Columbia is just making it more expensive, more difficult,” said Woodward.

Michael and Little share Woodward’s confidence in the outcome of the case.

“We won’t lose. We can’t lose and we came into this process thinking that way, that losing was not in our vocabulary. We’re here to win. We’re here to change. We’re here to make things better for everybody,” said Little.

Michael said the victory would allow him to address the social problems and housing issues facing his nation.

“We come from a really rich territory, but we are all jammed on a little reservation, kind of like living in a third world country. Just the possibilities that are about to unfold, it’s just going to create a lot of opportunities for us that we’re pretty excited about,” he said.

A rally is planned for 8:30 a.m. at the Nelson Street entrance of the BC Supreme Court in Vancouver on March 21. Meals, accommodations and transportation is to be provided for rally attendees, according to a Nuchatlaht Facebook posting.