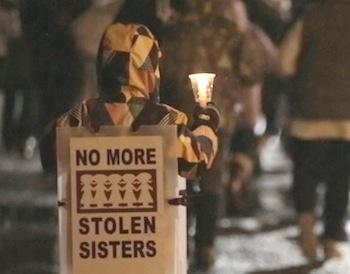 Out of sight; out of mind. That’s how Indigenous women from Fort St. John, B.C. feel. And that is backed by a report released today from Amnesty International. The report, Out of Sight, Out of Mind, links the effects of intensive resource development in Northeastern British Columbia. to heightened levels of violence against Indigenous women and girls.

“When you have these big projects going on, people from all over Canada come to Fort St. John to work… and when you have that dynamic, the amount of money people are making, and the age group of workers coming in, it’s not hard to make the connection there’s going to be trouble,” said Connie Greyeyes, an activist and women’s resource worker from Fort St. John.

“Personally, I have experienced violence myself from somebody that was not a local, that was here working… and when it was reported to police, they didn’t do anything, because they said we were both intoxicated,” she said.

Fort St. John is the location for the proposed Site C dam, which has been under protest from Indigenous nations and allies for some time. It’s also home to industries like coal, oil and gas extraction, and other hydro-electric projects, brought in over the past few decades.

It’s located along the Highway of Tears, a stretch of highway known for the astonishing number of women who’ve gone missing or been murdered there.

Greyeyes runs a women’s warrior group in the city, which she formed after realizing just how many missing and murdered Indigenous women she knew. Members of the group look out for each other’s health and safety, even accepting middle-of-the-night phone calls from someone in crisis—all voluntarily.

Because of her work, Amnesty asked Greyeyes to play a key role in their research, facilitating interviews with community members willing to share personal stories.

“Most people don’t know one or two people who have been murdered, let alone four or five. There’s got to be a connection some way to what’s happening in our First Nations communities,” she said.

“My hope is that when the report comes out, that the changes that are needed and the support to services that are already there, happen. It’s only going to get worse if this dam proceeds… And it’s scary to think potentially thousands of workers will come to this community,” said Greyeyes.

Working alongside colleague, Craig Benjamin, Amnesty Canada’s Campaigner for Indigenous Rights, the two conducted a document review, consulted with Greyeyes and other community members, and conducted more than 100 local interviews, hoping to find out whether anyone else had previously drawn the same conclusion Amnesty has now.

“We weren’t just looking directly at levels of violence. We were looking at individual and family health, safety, and well-being indicators…. What people identified as being factors to them, and how those were being eroded,” she said.

The report also touches on issues of skyrocketing housing and foods cost, driven up by higher-than-average wages paid to workers in the developing industry, and the loss of land that contributes to the loss of space for traditional Indigenous cultural practices.

Amnesty also links the age group of what is often predominantly men—young men—combined with high wages, long work days, and the isolation from home, to increased levels of drug and alcohol abuse, which can then contribute to an increase in violent behavior, targeted at vulnerable populations like Indigenous women and girls.

“We aren’t the first people to be saying what we’re saying. Our document review found studies going back over 30 years documenting the same impacts… But until a gender analysis is done you don’t necessarily connect those impacts to levels of violence against women,” said Hansen.

“That’s why we’re calling for that to be part of the environmental assessment process,” she said.

The report specifically outlines more than 30 recommendations to help Canadian governments practice due diligence in balancing economic pursuits with the rights of Indigenous people, including treaty rights, and basic human rights.

Amnesty also requests that social service and infrastructure assessments be part of the development process, and that there be an increase in funding to local social services in areas where development is taking place. Right now the hot spot is Northeastern B.C., according to the Amnesty report.

Amnesty held a press conference in Vancouver Nov. 3 prior to releasing Out of Sight, Out of Mind, with Greyeyes, Hansen, and Benjamin in attendance. Two other community activists were invited by Amnesty as well; Helen Knott, a social worker from the Blueberry River First Nation, and Judy Maas, a health director also from Blueberry River, sister of Cynthia Maas, who was murdered along the Highway of Tears in 2010.

“The harms are documented. There’s solutions out there. And we’re hoping this report draws attention to the issues we’re highlighting,” said Hansen.

“Everyone has the right to their most basic human rights being protected, respected, and fulfilled,” she said.

Out of Sight, Out of Mind is now available on the Amnesty’s webpage at http://www.amnesty.ca/outofsight 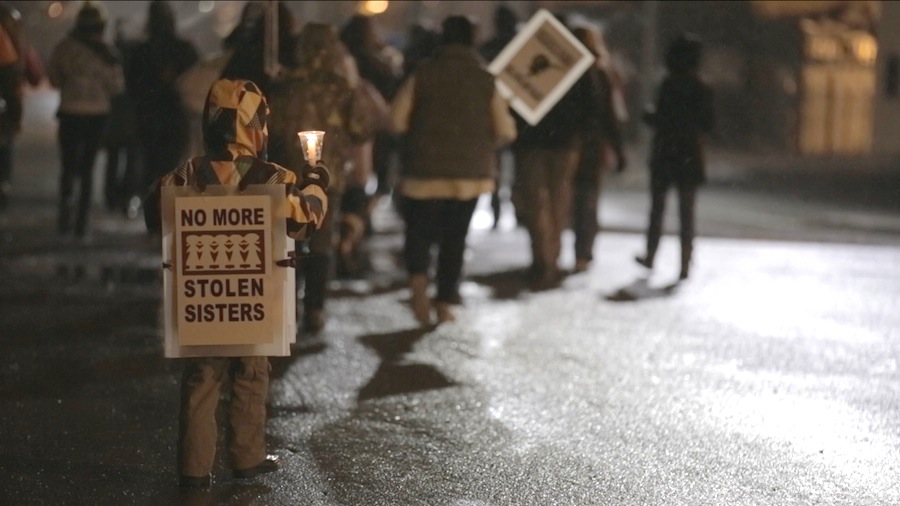 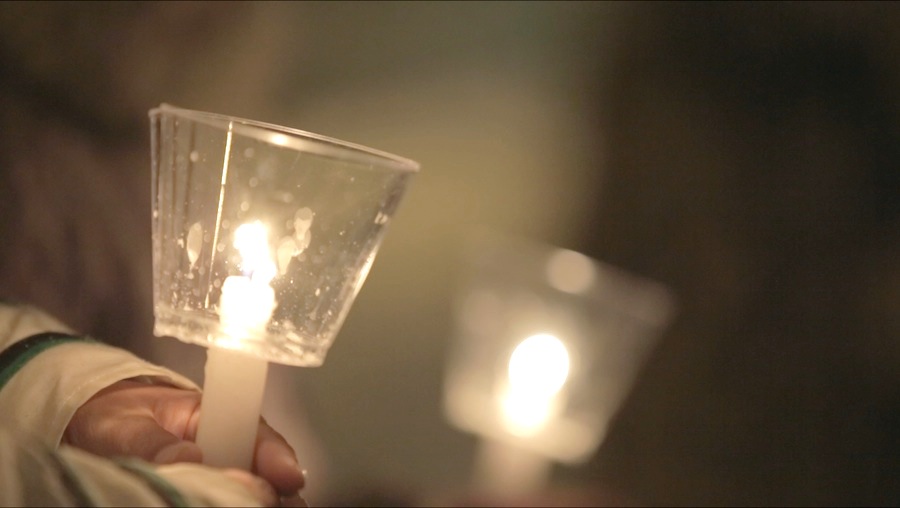