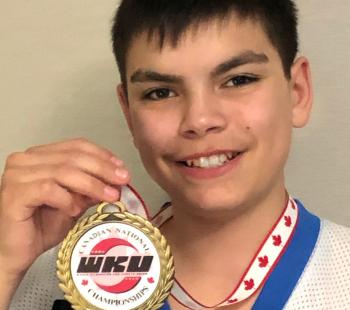 Lando Ball, a 12-year-old member of the Tahltan First Nation.

An Indigenous youth from British Columbia only took up karate less than three years ago, but Lando Ball, a 12-year-old member of the Tahltan First Nation, is now gearing up for his first world championship.

Ball has qualified to compete at the World Karate Union (WKU) world championships for point fighting karate. This event will be staged Oct. 15 to Oct. 21 in Bregenz, Austria.

Based on the number of participants from previous world meets, Ball can expect to have about 20 entrants in his category. He will compete in a grouping for those ages 12 and under and weighing 50 or more kilograms.

Ball will actually turn 13 before the world competition. He’ll become a teenager on Sept. 3.

But he’ll still participate in the 12 and under age group since qualifications are based on one’s age as of Jan. 1 of that year.

Since this will be his first international tournament, Ball doesn’t know what to expect from any of his opponents.

“It would be nice to know about them,” he said. “But I can live with it because I’m ready.”

Ball, who is heading into Grade 8 at Smithers Secondary School, qualified for the world tournament by winning a gold medal at the B.C. provincial championships this past March. He needed a top two finish at that event in order to earn the right to compete at the world tournament. 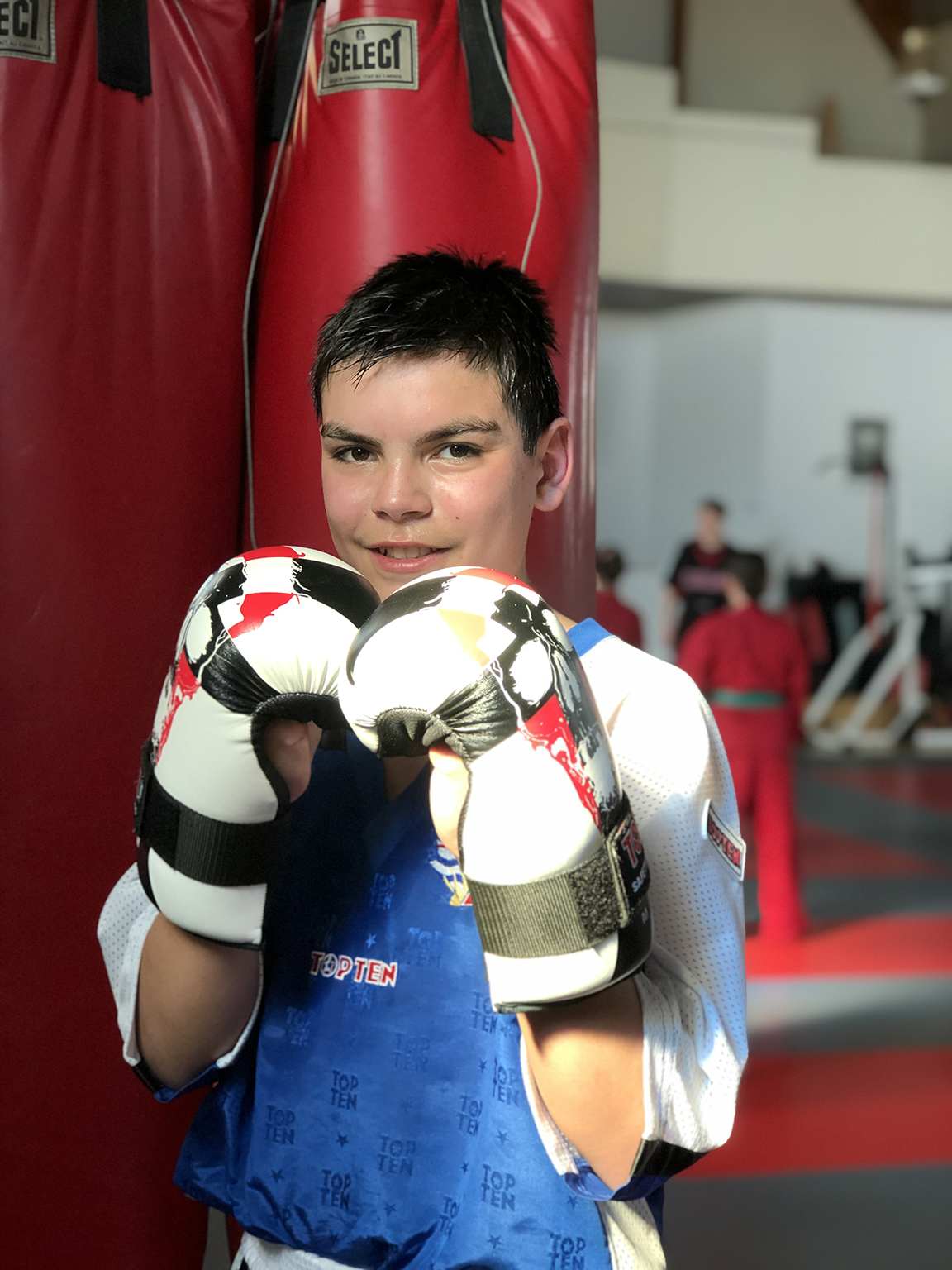 Ball also ended up going to the nationals in Calgary this past spring. He won a gold medal by default there since no other entrants showed up in his grouping.

But Ball did end up having two matches—and winning them both — against opponents who also didn’t have entrants in their divisions in at the nationals.

Marwan Abu Khadra, a 7th degree black belt who has coached Ball since he started the sport, believes his athlete will register a top three finish in Austria.

Abu Khadra said he has no idea whether there will once again be roughly 20 entrants in Ball’s division at the worlds. There could be a decrease in the number of competitors or it could potentially be significantly higher.

“This is something that comes out on the last day (before the competition), when they’ll give out the numbers,” Abu Khadra said.

Abu Khadra though is confident Ball has what it takes to register a podium finish in Austria.

“That depends on his actual state of mind and if he doesn’t injure himself in his preparations for the worlds,” he said.

Ball also plays hockey but he prefers the individual sport of karate.

“I find it challenging but fun,” he said.

Ball is rather big for his age. He’s a hair under 5-foot-8 and weighs 140 pounds. But he believes it’s his quickness and not his size that has allowed him to have success in the sport.

And he continues to work on his quickness.

“We usually work on our movements in class,” said Ball, who trains five days a week, usually eight classes at the Shogun Dojo in Smithers.

Ball is already telling people he would like to run his own dojo when he grows up.

“It is unusual,” he said. “Not everybody comes in and says I want to open a dojo. It has to come from the heart.”

Ball’s parents Ann and Wayne will travel with him to the world meet. The family will have to pay all of their own expenses – estimated to be about $12,000 – to attend the tournament.

Ann Ball said she’s noticed a drastic difference in her son since he was introduced to the sport.

“The karate gives him a different focus,” she said. “It’s a different discipline. And it’s helped him in all aspects of life in terms of things like respect and focus.”

Lando Ball had been diagnosed with Attention Deficit Hyperactivity Disorder (ADHD) five years ago. He was on medication for less than a year following his diagnosis and has been using natural supplements for more than four years now for his ADHD.

Ann Ball believes her son is providing a great motivational story for others simply by having ADHD and how she believes he has managed it not only with natural supplements but also through his chosen sport.

“I think it’s important for others to know about it,” she said.