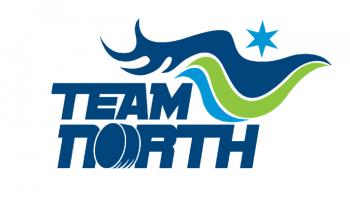 A little bit of history will be made at this year’s National Aboriginal Hockey Championships (NAHC). This marks the first year that the tournament, which has been held annually since 2002, has been staged in one of the country’s three territories.

And Les Skinner, the head coach of the male Team North entry, is hoping his charges will be able to capture some hardware at the tournament, which runs May 7 to May 12 in the Yukon capital of Whitehorse.

Team North is comprised of players from Yukon, Nunavut and the Northwest Territories.

The NAHC, which features both female and male divisions, will include 20 participating clubs this season. There will be 10 female and 10 male entrants.

The tournament traditionally features the top Indigenous Bantam (14-15) and Midget (16-17) hockey players from across the country.

While other competing teams have tryouts for those named to their clubs, coaches from the Team North entries are not able to do the same. That’s because of the significant distances between where players live in Canada’s three territories.

“We rely on scouts and coaches to give us feedback,” said Skinner, who is in his fourth season as the head coach of the male Team North side.

In February he attended the Canada Winter Games in Red Deer, Alta. While there he was able to scout players that were representing all three territories.

And then in March he travelled to Whitehorse to assess players participating in a tournament organized by the Yukon First Nations Hockey Association.

Skinner’s 20-player Team North roster this season will include seven individuals who were also on the club that participated at the 2018 NAHC, which was hosted by Nova Scotia’s Membertou First Nation.

A year ago, a Team North male club placed seventh at its tournament.

“We do have a fairly young group of kids,” Skinner said of this year’s entry. “A lot of them are 15 turning 16, which bodes well for the future of this team. But we do have some really talented players.”

Skinner is sticking to his expectation of leading his charges to some hardware.

“My goal as a coach is that I set the bar high for our kids,” he said. “My expectations are we medal.”

But Skinner’s talks throughout the event will not be focused on winning gold, silver or bronze.

The Team North contingent managed to win its first NAHC medal at the 2016 tournament, staged in Mississauga, Ont.

That was the first year Skinner started coaching in the tourney.

He’s hoping the fact this year’s tournament is being held in the far north will provide his side with a bit of an edge.

“What I’m hoping will be an advantage is that we will have a lot of (crowd) support,” he said.

Forward Kyron Crosby is the lone returnee from Yukon on the Team North squad.

Besides the returnees, Skinner said there are others on the Team North side who will be familiar with one another.

“There are some kids who know each other from playing against each other,” he said.

Team North will also have some time before the tournament to get acquainted while they are in Whitehorse.

Most team members are expected to fly to Whitehorse on May 2. They will then have two practice sessions per day for the following three days.

Team North also has a practice scheduled for May 6, the day before the tourney commences.

Skinner will be joined on the Team North bench by two assistant coaches, Yukon’s Michael Tuton and Nunavut’s Jamie Savikataaq.

Nunavut’s Brandon Biggers will serve as the head coach of the Team North female squad. His assistant coaches will be Yukon’s Candice MacEachen and Nunavut’s Kaylee Grant.