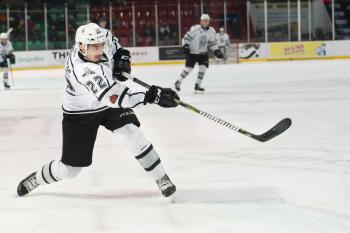 Though they have yet to meet, Connor Dewar and Shawn Boudrias have a few more things in common now than just being Indigenous teenage junior hockey players.

Both Dewar, who is Métis, and Boudrias, who is Algonquin, were selected in the National Hockey League’s Entry Draft staged June 22 and June 23 in Dallas.

The pair could also end be being teammates at some point in the future as they were both drafted by the Minnesota Wild.

Dewar, who has spent the past three seasons with the Western Hockey League’s Everett Silvertips, which is based in the state of Washington, was chosen in the third round and was the 92nd pick over-all in the draft.

Boudrias was Minnesota’s sixth-round selection, 179th over-all. He has spent the past three seasons in the Quebec Major Junior Hockey League, first toiling a year-and-a-half with the Charlottetown Islanders before getting traded to the Gatineau Olympiques.

Neither Dewar nor Boudrias attended the two-day pro draft in person. Instead, they followed the proceedings in their hometowns.

Dewar lives in The Pas, Man., while Boudrias lives in the Montreal suburb of Terrebonne.

“I didn’t want to go all the way (to Dallas) if there was a chance I wasn’t going to be drafted,” said Dewar.

There were no certainties Dewar would get selected. In Central Scouting’s final ranking of North American skaters, he was listed as the 114th best player available.

When you include goaltenders and European players, Dewar was projected to be chosen anywhere between the fifth and seventh rounds. As is the case every year, a number of ranked players never do get drafted.

But Dewar’s draft value undoubtedly increased because he had a solid playoff campaign.

After averaging a point per game during the regular season—he had 68 points (38 goals and 30 assists) in 68 matches—Dewar stepped up his production even more in the post-season. He racked up 26 points, including 12 goals in 22 outings as the Silvertips advanced to the WHL championship final series.

“I think that’s why I shot up in the draft,” Dewar said of his playoff performances. 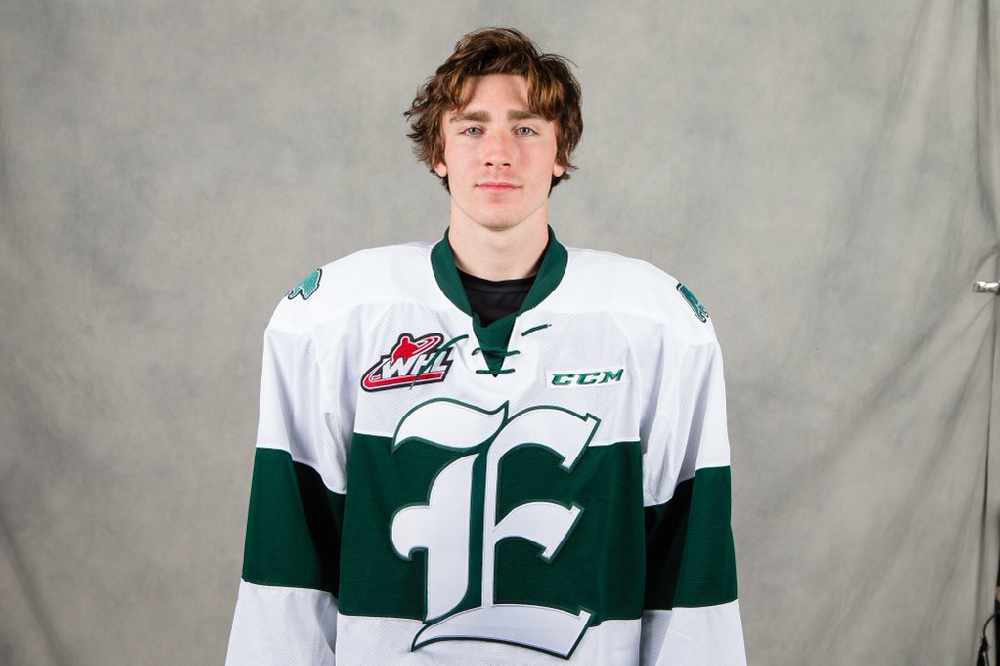 The Everett franchise, which joined the WHL in 2003, enjoyed its best season in its history. But the Silvertips were downed 4-2 by the Swift Current Broncos in the league’s best-of-seven championship final series.

“As a team, as a line and as an individual we all really wanted it,” said Dewar, who primarily played left wing this season but did see some action as a centre.

“Our GM pulled the trigger on some big trades so we all wanted to make sure we had a long playoff run.”

Dewar, who turned 19 on June 26, will soon get a couple of tastes of pro hockey. But he anticipates he’ll be returning to Everett for the 2018-19 campaign.

“I imagine that’s what they will tell me,” he said of the Wild brass.

Dewar and Boudrias will both leave their hometowns on July 8 to attend the week-long Wild development camp, which starts the following day in St. Paul, Minn.

The camp will be the first opportunity for Dewar and Boudrias to meet face-to-face.

“It’s pretty cool we were the two Indigenous players taken in the draft and we were both drafted by the same team,” Boudrias said.

By becoming an NHL draft pick, Boudrias is following in the footsteps of his father Jason, who is Algonquin. The elder Boudrias had been selected by the Florida Panthers in the eighth round, 183rd over-all in the 1994 NHL Entry Draft.

Jason Boudrias never played in the NHL. But he did play part of a season (1996-97) in the pro ranks with the Columbus Cottonmouths of the defunct Central Hockey League. He followed that up by toiling for seven different franchises in a Quebec-based semi-pro circuit.

As for Shawn Boudrias, an 18-year-old forward, he had a stellar campaign with the Olympiques. He collected 60 points including 28 goals in 60 regular season matches.

“I want to be in the NHL as soon as possible but I know I still have work to do,” said Boudrias, adding he has to improve his speed and consistency.

Besides attending the Wild development camp, both Dewar and Boudrias are expected to earn invites to Minnesota’s rookie camp in September followed by the franchise’s main camp later that month.