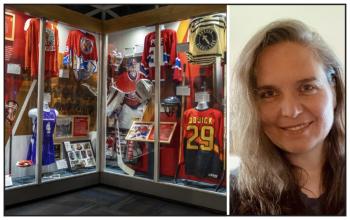 Thanks to a pledge of more than a half-million dollars from the federal government, people from around the world will have the opportunity to access the Indigenous Sport Gallery at their own convenience.

Earlier this month the Canadian government announced it would provide a total of $560,000 over three years to bring online what is believed to be the world’s largest known gallery dedicated to Indigenous sport.

The federal funding will be provided by Canadian Heritage via the Museums Assistance Program’s Digital Access to Heritage Fund.

This fund provides money to heritage organization to digitize their collections, develop digital content or build their existing capacity in these departments.

The funding announcement was made June 1, the first day of National Indigenous History Month.

The Indigenous Sport Gallery is currently an exhibit that is part of the BC Sports Hall of Fame, located inside BC Place Stadium in Vancouver.

The gallery was established in 2018, in part to increase awareness and preserve the legacy of Indigenous sport throughout British Columbia.

The gallery currently has more than 1,500 square feet of exhibit space. More than 40 current and former Indigenous athletes are featured in the exhibit, including Terry Fox, whose family discovered long after his death in 1981 that he had Métis ancestry.

Other Indigenous athletes who have been inducted into the BC Sports Hall of Fame and are featured in the Indigenous Sport Gallery are Richard Peter (wheelchair basketball) and Angela Chalmers (distance running).

Lara Mussell Savage, the chair of the BC Sports Hall of Fame’s education committee, is thrilled federal funding will allow the gallery to be digitized.

“This is really a great opportunity,” said Mussell Savage, who is also chief of the Skwah First Nation near Chilliwack, B.C.

“It’s very unique as far as we know,” she said. “It’s the only one of its kind in terms of size and stature.”

Only those who visit BC Place Stadium have been able to see the gallery, which includes displays on Indigenous athletes, coaches, teams, builders and volunteers.

Mussell Savage said the Indigenous Sport Gallery also serves as a response to the Truth and Reconciliation Commission’s Call to Action #87, which is to provide public education that tells the national story of Indigenous athletes in history.

Mussell Savage said hall of fame officials had been hoping the Indigenous Sport Gallery would move online at some point.

“This was always the larger vision that we had,” said Mussell Savage, who is a two-time world champion in the sport of Ultimate frisbee.

Once the gallery’s digitization process is complete, Mussell Savage said anyone with Internet access anywhere in the world will be able to view it.

“The reach will be very strong, very high,” she said.

Mussell Savage said she’s thrilled that Indigenous youth, especially in British Columbia and throughout Canada, will have access to the gallery and that hopefully they will be inspired to go on and achieve athletic greatness.

Though the Indigenous Sport Gallery has only been around a few years, it has managed to garner some prestigious awards.

It was the winner of the 2019 Canadian Museums Association Award of Outstanding Achievement in the Exhibitions category.

That same year it was named the Best New Exhibit in the World by the International Sports Heritage Association.

Federal officials are pleased their government will be assisting the gallery to move online.

Rodrigues said all Canadians will have the opportunity to learn about some of the top Indigenous athletic achievements from the country’s most westerly province.

“Thanks to the vision and dedication of many partners, this virtual gallery will offer a unique, interactive experience allowing Canadians to deepen their knowledge and honour the legacy of Indigenous sport culture and history in Canada,” he said.

Pascale St-Onge, the country’s minister of Sport, believes the digitized gallery will fulfil its purpose.

“This inspiring endeavour will increase awareness and understanding of traditional Indigenous sports and games,” she said. “I am thrilled to see the digitization of the Indigenous Sport Gallery come to life.”