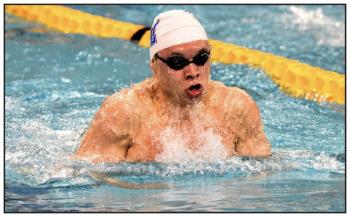 Apollo Hess swims for the University of Lethbridge Pronghorns. Photo by Derek Chomiak.

“As an athlete you look for things to train for. I kind of didn’t know what I was training for.” —Apollo Hess on pandemic training
By Sam Laskaris
Local Journalism Initiative Reporter
Windspeaker.com

Apollo Hess has had an immediate impact on his university swim team.

Hess, a member of Kainai Nation in Alberta, is in his first year of eligibility with the University of Lethbridge swim club. The 19-year-old, however, has already racked up a share of accomplishments.

Hess captured five medals at the Canada West championships, which concluded on Nov. 28 at the University of Alberta in Edmonton.

For his efforts Hess was not only named the male rookie of the meet, but also the male swimmer of the meet.

“Honestly, I didn’t have any great expectations going into the meet,” Hess said.

His medal haul also included a bronze from the 4x100 medley relay. 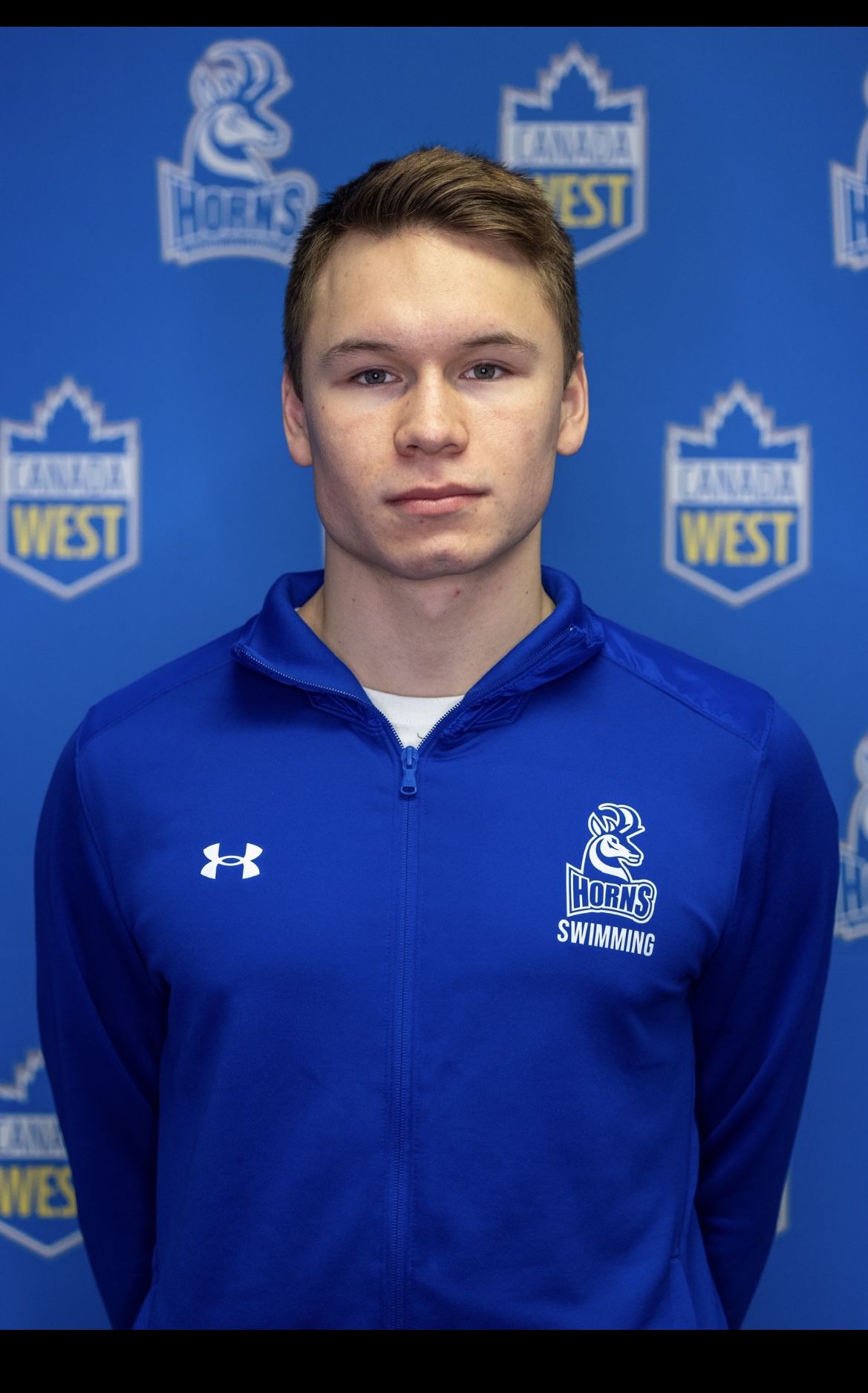 Hess said all of the Lethbridge Pronghorns team had less than ideal conditions in the two weeks leading up to the Canada West meet.

“Our home pool was closed for a bit and we had to train at this crappy YMCA pool,” Hess said, adding it was somewhat shorter than a 25-metre pool that the team is accustomed to training in.

Lethbridge swimmers were able to utilize their home pool in the days leading up to the Canada West event.

“We were back for four days but our coach wasn’t there so we had to train on our own,” he said.

Hess is also hoping to have success at the national U Sports championships set for Feb. 25 to Feb. 27 in Quebec City.

Besides faring well at the 2022 U Sports championships, Hess also has other lofty ambitions for next year and for future seasons as well.

For starters, he’d love to represent Canada at the world swimming championships, which are scheduled for this coming spring, May 13 to May 29 in Fukuoka, Japan.

In order to qualify for the global meet, Hess would need to achieve qualifying standards at the Canadian team trials, set for April 5 to April 10 in Victoria.

“I’d also like to go to the Olympics in 2024,” said Hess, who started swimming when he was three.

A couple of years after his introduction to the sport, Hess joined the competitive ranks when he became a member of the Lethbridge-based Excalibur Swim Club.

Besides his university squad, Hess is now a member of the Lethbridge Amateur Swim Club, which is simply called the LA Swim Club.

Though he’s a rookie with the Pronghorns, this is actually Hess’ second year at the university. He’s in his first of five years of eligibility for the swim team since the pandemic forced the cancellation of all the club’s events during the 2020-21 season.

Hess and his university teammates were able to train for a short period last year. But those workout sessions were challenging.

“It was pretty tough,” he said. “The (Canadian Olympic) trials just kept getting pushed back. As an athlete you look for things to train for. I kind of didn’t know what I was training for.”

His best result at the trials was a fourth-place finish in his 200-metre breaststroke race. Hess missed the Olympic qualifying standard by about four seconds.

Hess is confident he can continue to improve in the next couple of years and hopefully earn a spot onto the Canadian squad for the 2024 Paris Olympics.

Swimming Canada, the national governing body for the sport, is currently operating three high performance centres across the country. They are based in Toronto, Montreal and Vancouver.

Though he could move to one of these cities to train with other elite swimmers, Hess said he is content to remain at home for the immediate future.

“I like the coach I have now so I don’t want to move,” Hess said of Peter Schori, who has served as the head coach of the Lethbridge squad for the past decade.