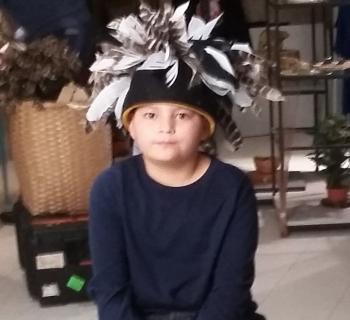 Leaders are being called upon to consider the future with CEPA, Canada’s most important environment law.

I am Cayuga nation, wolf clan, a band member and resident of Six Nations. As a new employee at the David Suzuki Foundation, I work toward engaging Indigenous people in the discussion on environmental issues.

During my first few months, I have heard stories of environmental destruction that has devastated First Nations communities throughout Canada. It is challenging to hear of delicate, sacred ecosystems left lifeless through such irresponsible acts as clearcutting, fracking, flooding for hydro projects, dumping toxic chemicals, waters poisoned without a second thought and trophy hunting animals we hold sacred.

Indigenous peoples and the lands they live on are consistently on the receiving end of this devastation and destruction. It is hard to hear these stories and impossible to choose to do nothing about it.

Whether you are Haida, Hodinosho:ni or Mi’kmaq, First Nation teachings say we are to protect this land we call Turtle Island.

When I heard that the House of Commons Standing Committee on Environment and Sustainable Development recently recommended profound changes to the Canadian Environmental Protection Act (CEPA), I felt it was imperative to encourage Indigenous people to engage in this national discussion.

CEPA is Canada’s most important environment law, governing everything from scientific assessments of new substances and genetically engineered organisms to labelling toxics in consumer products to communities’ right to know about what is released into the environment by their industrial neighbours. This law affects all of creation.

Indigenous people bear more than their fair share of exposure to environmental hazards. People are more susceptible to the adverse effects of exposure to pollution and toxins if other conditions precede exposure, such as poor nutrition or otherwise compromised health.

Those considered biologically vulnerable (such as children and pregnant women) face increased risk of personal harm.

If the federal government ratifies the proposed CEPA changes, it would be compelled by law to consider the health of the environment in its decision-making processes.

Tree-cutting licences might not be so easy to issue if the environment had to be considered on equal footing with the economic gain businesses would enjoy. It would require mandatory labelling on consumer products that contain toxic substances. The legislative changes would give humans a right to a healthy environment.

We know Canada needs a paradigm shift in how it considers the environment. Leaders currently must consider only economic gain. We know that is a huge problem for our health and the health of the environment.

The long-standing legal traditions of Indigenous peoples recognize Mother Earth as a living organism, and offer teachings that govern the relationships between humans and the natural world. The right to a healthy environment promotes stewardship for present and future generations in a way that would be closer to these fundamental Indigenous cultural and legal tenets. CEPA should also recognize the special relationship that Indigenous peoples have with the Earth and other living things.

We have the right to be informed consumers. We should have the right to have our health matter. With respect to products, many personal care and cleaning products contain toxic chemicals linked to cancer and reproductive and neuro-behavioural impacts.

The report recommends mandatory labelling of consumer products containing toxic chemicals. Even with labelling, safer alternatives may be out of reach for many, as they are often more expensive. The report calls for an approach to toxics regulations that ensures greater protection for socially and biologically vulnerable groups.

We need to have a loud and united political voice on this issue. Our Indigenous brothers and sisters from across Canada fight to maintain the health of the lands and their families. This is our opportunity to support one another in this fight against environmental racism.

Amending CEPA to create science-based, enforceable standards for toxics and recognize the human right to a healthy, non-toxic environment would help support our fight to protect the environment.

Through this simple act of speaking out in support of the recommended changes to CEPA, we can give Mother Earth the legal protection she needs.

If you have concerns with certain sections of the proposed CEPA legislation, then speak out against those sections, but support the rest of the changes. If we choose to do nothing, then nothing will change.

Your voice matters. The last federal election saw a huge turnout of Indigenous voters who wanted change in leadership. The federal Liberals enjoy their position now because we supported them. Now is the time to hold this government accountable. Make them stand true to their word. Please speak out and encourage this government to implement the recommended changes to CEPA.