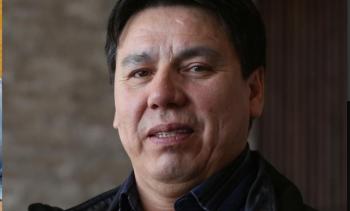 “The message we need to send to the government is that if it happens to even one Indigenous woman, it is happening to all of us.” —Treaty 8 Alberta Grand Chief Arthur Noskey

“Having heard about this issue from Chief Adam and Morningstar Mercredi, a victim of these brutal incidents, I am in full support of Chief Adam’s demand for the federal government to take action immediately,” states Arthur Noskey, grand chief of Treaty 8 First Nations of Alberta.

“The message we need to send to the government is that if it happens to even one Indigenous woman, it is happening to all of us.”

The issue that the grand chief is talking about is occurrences where Indigenous women were sterilized in Saskatchewan and other provinces without consent being obtained. One of those women is Morningstar Mercredi, author of ‘Morningstar: A Warrior’s Spirit’ and a member of Chief Adam’s community.

“In the 1970’s I had a late-term pregnancy terminated by a c-section and my left Ovary and Fallopian Tube removed against my will. I was underage. I did not want an abortion. Neither a guardian nor I, or parent consented.  It’s a horrible experience...I am aware of other Indigenous women, and girls who were sterilized against their will and without their consent, some were also forced to terminate their pregnancy. It’s the reason I have been speaking out. I want to make sure that no other Indigenous women have to endure such a traumatic thing and until Sterilization is criminalized, our women and girls remain at risk, especially when they are pregnant at their most vulnerable time."

Morningstar is not alone, a proposed class action lawsuit is being moved forward by Lawyer - Partner Alisa Lombard, Semaganis Worme Lombard.  Approximately 100 women have contacted her, most from Saskatchewan.  These Indigenous women have come forward saying that they were sterilized without proper and informed consent.

The federal government has responded publicly by saying they are launching a discussion table, pulling in representatives from all the provinces and territories to discuss the issue, but the grand chief says that isn’t far enough.

“I have been unable to get answers from the federal government about these meetings. Who will be sitting on these tables? Is there First Nations representation? We don’t have answers to a lot of these and other questions we have. I strongly agree with Chief Adam that we should be having a public inquiry on this issue. Meetings in Ottawa with unnamed representatives just look like the government is waiting for the issue to quietly go away,” stated the grand chief.

“We need to criminalize this practice. To be honest, I have a hard time believing this isn’t criminal already, performing a procedure without a patient’s free, prior and informed consent is definitely unethical and immoral. Taking away a woman’s natural ability to have children against their will is a form of genocide and inhumane. The federal government has some serious questions to answer and I thank Morningstar for her courage and strength in bringing this to the chief’s attention. I will definitely be demanding some answers from Ottawa,” concluded the grand chief.