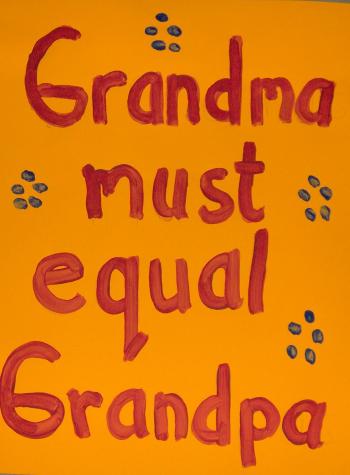 We need to keep in mind that in reality a right is a right and you do not negotiate on matters of rights.

On December 12, 2017 Canada proclaimed Bill S-3, An Act to amend the Indian Act (The elimination of sex discrimination) into law. The process of passing it into law was once again fraught with opposition from leading Indigenous women thinkers, human rights experts, and Senators because, yet again, the Indian Act was going to be amended in a way that left intact core sex discrimination.

Through this turbulent process, what they were able to accomplish was to have an important section added into the Indian Act that would, if proclaimed in to law, eliminate all the sex discrimination. It was done this way because Prime Minister Justin Trudeau argued there was the need for another set of consultations. We need to keep in mind that in reality a right is a right and you do not negotiate on matters of rights. But in December 2017 this was the best we could get.

The great thing about this added section is that all the Cabinet has to do is issue an order in council and all of the sex discrimination would disappear. No new legislation is needed.

What is more, on Jan. 11, 2019, powerhouse Indigenous intellectual and matriarch Sharon McIvor’s United Nations petition result was finally released, ruling that Canada must remove all the sex discrimination in the Indian Act. The UN ruled that Canada must grant equality to Indian women and their descendants born before 1985 and give them the same Indian status and entitlement to transmit status as their male counterparts.

1. Read this and reflect on it deeply:

Previously, Indigenous scholar and legally trained Patricia Monture-Angus explained that the 1960 Canadian Bill of Rights was inadequate in addressing the 1973 Lavell and Bedard case because the Supreme Court of Canada only guaranteed equality before the law, meaning equality was interpreted as the mere administration of the law, not interpreted as including equality under or what was inherent in the law.

She further argues that this failure of Canada’s legal system shaped the lobbying regarding the need for the entrenchment of women’s rights in Canada’s 1982 Charter. Through this lobbying effort both equality before the law and equality under the law are now protected in section 15. Monture-Angus further stressed that in the end Canada’s failure to protect Indigenous women’s rights now serves all Canadian women (1995, Thunder in my Soul). Yet, here we are today in 2019 and Indigenous women continue to face sex-discrimination.

2. Read this open letter at this link: http://fafia-afai.org/wp-content/uploads/2019/03/open_letter_to_trudea_re_indian_act_february132019frandenglish-1.pdf?fbclid=IwAR0_Nx5tzgvmMToGe7jETYLsdNf0LZM1jQ_9F2EZxrwud-yoDwhtQXFse60

Before March 10, 2019 add your name to this letter through this email address: communications@fafia-afai.org

3. Email Prime Minister Justin Trudeau, Minister for Women and Gender Equality and Minister of International Development Maryam Monsef, and Minister of Crown-Indigenous Relations Carolyn Bennett asking them to meet the UN McIvor decision and pass an order in council. Here is a paragraph that you can use through a copy and paste operation:

To Whom it May Concern, I am contacting you to let you know I stand with Indigenous women and their call to remove all the sex discrimination in the Indian Act. I call on you to proclaim sections 2.1(1) ̶ 2.1(9) in to law immediately. Canada has no place for sex discrimination.

Below are the needed email addresses:

4. Cabinet meets every Tuesday and there are a total of 17 Tuesdays between March 1 and June 30th when the Liberal government can, on any of these Tuesdays, issue a Privy Council Order proclaiming the needed “6(1)a All the Way!” clauses into law. Join Lynn Gehl in her “17 Tuesdays for 6(1)a All the Way!” through #17Tuesdays

5. Forward this message to all your networks through newsletters, email, and social media. Your networking skills are needed and much appreciated. According to Indigenous law knowledge is not knowledge unless action follows.