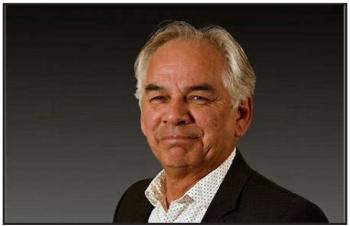 “The debate around the term genocide must not take us away from this priority issue, which lies at the heart of the solution.” —Chief of the AFNQL, Ghislain Picard

In light of the information that was circulated about the final report of the (MMIWG) National Inquiry, the Assembly of First Nations of Quebec and Labrador joins its voice to denounce crimes and physical and sexual violence against First Nations people, and particularly women, girls and 2SLGBTQQIA people. To redress the devastating consequences of colonialism on First Nations, the urgent obligation to act rests first and foremost on the shoulders of the Crown.

Crimes and violence against Indigenous women and girls described in the final report of the National Inquiry are the direct consequences of policies planned and implemented by the Crown throughout history, since the first contacts. The many testimonies on the experiences of family members and survivors of violence are a convincing result. Every crime, every case of violence and every case of sexual or physical abuse against Indigenous women and girls, regardless of where they are in Canada, is unacceptable and one crime too many.

The Chief of the AFNQL, Ghislain Picard, emphasizes that “the Crown must honour its constitutional and fiduciary obligations, and take all necessary and urgent measures to ensure full and complete compensation for the harm inflicted on all First Nations. The debate around the term genocide must not take us away from this priority issue, which lies at the heart of the solution.”

Last May, the Canadian Museum for Human Rights closed the issue by describing the entire colonial experience in Canada, including the large number of children removed from their families, Indian residential schools, missing and murdered Indigenous women and girls, the overrepresentation of Indigenous people in the correctional system and high suicide rates in Indigenous communities, as genocide, indicating that no other qualifiers were required under these circumstances.

“In itself, the implementation of the National Inquiry represents an admission of failure and powerlessness on the part of the Crown, both Canada and the provinces and territories, to ensure the protection and safety of First Nations people. Let us be clear, although the work of the National Inquiry, including its final report and recommendations, has provided some light and national awareness, it will certainly not be able to resolve, on its own, the vestiges of policies aimed at the extermination of First Nations. The situation requires major changes at all levels, starting with positive and urgent actions. The answer lies with governments, including our own,” said Chief Picard.

The final report indicates a total of 18 “calls to justice” with 231 recommendations, including the creation of a national ombudsman for Indigenous and human rights, as well as the establishment of Indigenous civilian police oversight agencies.

Chief Picard reminds us that every citizen of Canada must feel concerned by the situation and has a duty to do more to eradicate crimes, including sexual violence, myths and stereotypes against First Nations people, and particularly against women, girls and 2SLGBTQQIA people who are disproportionately affected by all forms of violence.

Despite all the good intentions of the National Inquiry and their “calls for justice”, a huge void and sense of injustice remain for most survivors and their families who are still waiting for answers and concrete actions to move forward on their healing journey.

It should be noted that the AFNQL has made a commitment before several forums to support First Nations women to bring their voices to international bodies, including the committee that oversees the UN Convention on the Elimination of All Forms of Discrimination Against Women, so that they can finally obtain justice and respect for their human rights.