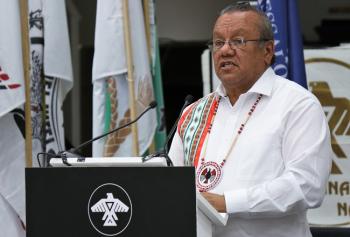 Canada has updated the Indian Registration System to eliminate long-standing gender-based discrimination. With the remaining provisions of Bill S-3 coming into force, descendants born before April 17, 1985, who lost their status or who were removed from “band” lists due to marriages to non-status men dating back to 1869, will regain eligibility for their status.

“The discrimination that women and their children have experienced has been so harmful, and in many cases (has) created deep-rooted divisions, separating families and communities,” said Anishinabek Nation Grand Council Chief Glen Hare.

“Almost 150 years later, the assimilation machine has been somewhat righted,” he said in a press statement, in which he tells Crown-Indigenous Relations Minister Carolyn Bennett and Prime Minister Justin Trudeau “Your government has done the right thing.”

In 1876, Parliament of Canada passed the Indian Act, which enforced discriminating laws and gave the federal government tremendous control over registered First Nations people, bands and the reserve system.

“Our leadership works tirelessly towards determining our own citizenship to ensure that our families are connected to their language, culture, ceremonies—everything that determines their identity and sense of belonging,” said Hare.

“Chi-miigwech to all of those who have helped ensure equal rights for women and children, but especially the strong, resilient, perseverant Anishinaabekwe at the helm (of) refusing to allow the blatant discriminatory Indian Act legislation to remove them and their children from their family, community and nation.”