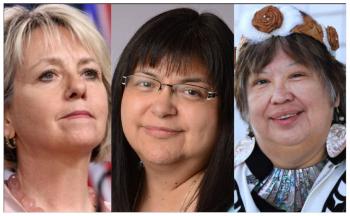 It is precisely during a pandemic that sharing information matters the most.” — Mike Larsen, President of FIPA

A coalition of First Nations is escalating its efforts to receive potentially life-saving COVID-19 information from the BC Ministry of Health by applying to the Information and Privacy Commissioner for an order to disclose proximate case information about the location (not personal identity) of confirmed and presumptive COVID-19 cases near their communities.

The application, which was filed by the Heiltsuk Nation, Nuu-chah-nulth Tribal Council and Tsilhqot’in National Government, is supported by several other First Nations, civil society groups, and doctors. A public campaign (https://keepsafecampaign.com) has been launched with LeadNow, asking British Columbians to call on the government to release the information.

The nations have filed their application on the basis that the BC government’s refusal to share information violates Section 25 of the Freedom of Information and Protection of Privacy Act (FIPPA), which states that a minister “must” disclose information about a risk of significant harm to an affected group of people.

“If COVID-19 proximate case information does not represent information about a risk of significant harm to our communities, we don’t know what does,” said Marilyn Slett, Chief Councillor of the Heiltsuk Nation. “The idea that we need to have an outbreak—as we have just had in our community—before BC will share information, is reckless and colonial, and it goes against BC’s own laws and promises of reconciliation.”

The nations also contend in their application that BC’s own Declaration on the Rights of Indigenous Peoples Act (DRIPA) requires that government “must take all measures necessary” to ensure the laws of BC are consistent with the UN Declaration on the Rights of Indigenous people (UNDRIP), which includes rights to self-determination, self-government and to develop and determine programs for maintaining the health and well-being of Indigenous people.

“Giving lip service to reconciliation, while allowing public officials to continue to disregard our efforts to govern during COVID-19 is deeply wrong,” said Judith Sayers, President of the Nuu-chah-nulth Tribal Council. “We must have access to the same health datasets the BC government has, on a government-to-government basis, if we are going to get through this pandemic together.”

To date, the Ministry of Health has not explained why proximate COVID-19 cases do not present a risk of significant harm to the health or safety of First Nations communities, or how their failure to disclose information is consistent with BC’s obligations under DRIPA. In fact, Provincial Health Officer Dr. Bonnie Henry has publicly acknowledged the unique threat that COVID-19 poses to remote First Nations communities, especially their Elders.

“BC has an ethical and moral duty to reconsider its refusal, and to share the requested information as a means to reduce the unacceptable risks faced by First Nations living in remote communities,” said Dr. Don Wilson, Fellow of The Royal College of Physicians of Canada, and a member of the Heiltsuk Nation. “This government to government information sharing request is absolutely reasonable and is vitally important for effective prevention of outbreaks which could lead to community spread. Better information allows for better decisions and responses to this public health emergency.”

Past pandemics, including smallpox and the Spanish flu, have devastated First Nations communities and stolen their Elders.

“It is precisely during a pandemic that sharing information matters the most,” said Mike Larsen, President of BC Freedom of Information and Privacy Association. “Disclosing proximate case information to First Nations governments so they can take measures to protect their people, including culturally-safe contact tracing, is clearly in the public interest. We strongly support this application.”

If BC doesn’t act upon from the lessons of the past, the history and devastation of past pandemics will only repeat themselves. The Province's continuance of retaining control of dialogue, instead of acting with First Nations, is not in the spirit of reconciliation and positions First Nations communities to utilize everything in their power to protect themselves.