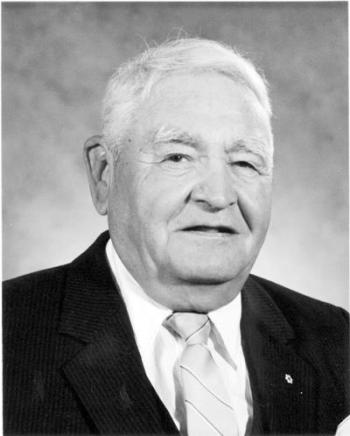 Walter Perry Deiter was born May 31, 1916 on the Peepeekisis reserve in southeastern Saskatchewan.

Although both his parents could speak their traditional languages—his father Cree and his mother Saulteaux—they did not encourage their children to do the same. But what his parents did encourage in Deiter and his siblings was a belief in their abilities, and the abilities of all Aboriginal people. That attitude was one that guided Deiter throughout his life, and became a message he worked to get out to others across the country.

Like most Native children of his generation, Deiter attended residential school, first at File Hills and later in Brandon, Man., where he completed his studies to Grade 10. When the Second World War broke out in 1939, like many other treaty Indians, Deiter volunteered to fight.

Provisions in the treaties meant they were exempt from conscription. He joined the Regina Regiment and completed basic training, but before he could be sent overseas he tested positive for tuberculosis. He spent close to four years at the Fort San Hospital, during which time he completed his Grade 12 and earned a certificate in business administration.

He also met Inez Wuttunee from Saskatchewan’s Red Pheasant reserve, who, in 1951, would become his wife. The early years of their marriage proved difficult because of Deiter's problems with alcohol, but he turned things around after his wife threatened to put their children in residential school unless he stopped drinking.

He joined Alcoholics Anonymous in 1956 and remained sober for the remainder of his days. While he was from an agricultural community—the reserve he grew up on was home to the File Hills Colony, created by the federal government to encourage Native people to become farmers—his health problems kept Deiter from a career in farming. Instead he became a truck driver and eventually started his own landscaping business.

In 1958, he and Inez worked to establish the Saskatoon Friendship Centre. In 1959, the family relocated to Regina and in 1963, Deiter became the first Native person to hold the position of president of the Regina Friendship Centre, a post he continued for a number of years.

In 1964, Deiter was hired by the Saskatchewan Bureau of Alcoholism, which worked to promote sobriety on Indian reserves. The following year he joined the board of directors of the Indian and Eskimo Association of Canada and was appointed to the Regional Indian Advisory Board. It was established by the department of Indian Affairs to provide advice to the minister on policy issues.

Deiter's accomplishments during his time as FSI chief included successfully pressuring the federal government to provide money to the FSI to help cover the organization's operating costs. Thanks to his efforts, the FSI became the first Native organization in the country to receive government funding.

With that money in place, Deiter was able to hire staff to go out into communities and organize Indian governments at the local level. He and his staff also provided assistance to help in the formation of Native organizations in neighboring provinces—the Indian Association of Alberta and the Manitoba Indian Brotherhood.

Deiter believed Native leaders needed to demonstrate traditional leadership by dedicating themselves to their people and doing what was best for those they led, not for themselves.

This was the type of leader he chose to be and throughout his career he demonstrated his commitment to improving the lives of Aboriginal people through his personal sacrifices. His work often kept him from his wife and children, and when funds to run the FSI were in short supply and there was a danger that staff would not be paid, he mortgaged his home—not just on one occasion, but three times—to ensure the organization could continue on.

During his time as leader of the FSI, Deiter was appointed to the board of the Canadian Council on Rural Development and to a national task force set up to review the Indian Act. He was also among a group of Native leaders who created a national organization to represent First Nations people.

Those efforts resulted in the National Indian Brotherhood (NIB), the precursor to the Assembly of First Nations (AFN). The NIB was formed in 1968, with Deiter as its first national chief.

In 1969, under Deiter's leadership, the NIB began its battle against the Indian Affair's White Paper that outlined the federal government's plans for assimilation of First Nations people. The fledgling national organization rallied support from Aboriginal people across the country and successfully fought the government's plans.

When he lost his bid for re-election as national chief of the NIB in 1970, Deiter returned to Saskatchewan where he worked to establish the Native Alcohol Council and began efforts to create rehabilitation centres for Aboriginal people within their own communities. He also went into business again, starting a small sand and gravel operation.

In 1973, he began working with the Métis Society of Saskatchewan, acting as a consultant for the organization in the area of Aboriginal rights. In 1977, Deiter made a return to politics when he was elected to the band council of Peepeekissis First Nation. The following year he helped to organize the National Indian Veterans Association to try to pressure the federal government to provide Native veterans with the same benefits afforded to non-Native veterans.

Deiter served as the association's first president. His years of work on behalf of First Nations people were recognized that same year when he was appointed a senator of the FSI.

In his role as senator, Deiter acted as advisor as Aboriginal leaders fought to have Aboriginal rights enshrined in Canada's proposed new Constitution. In 1979, Deiter was one of five leaders chosen to make a presentation to the British parliament on the concerns of Aboriginal people in Canada.

In the end, their efforts were successful, helping to ensure Aboriginal people were included in future constitutional discussions. In 1980, Deiter was named an officer of the Order of Canada in recognition for his ongoing efforts to improve the social conditions and educational opportunities for Aboriginal people. Deiter died of cancer on Sept. 7, 1988 at the age of 72.

His legacy lives on in the many organizations he helped to create and in his enduring message to Aboriginal people: By believing in themselves and working together, there isn't anything that can't be done.