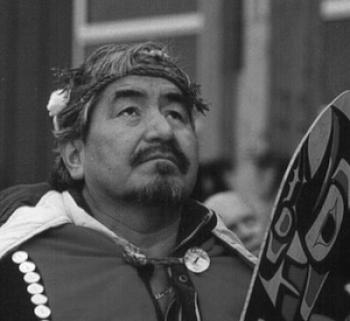 Norman Tait, Sim'oogit Gawaakhl, exacted the same discipline from his carving team as he did from himself.

“He was ambitious and focused,” said the carver’s youngest brother Robert “Chip” Tait, who, years ago, helped his siblings complete a pole for Vancouver’s Capilano Mall, while also carving ocean-going vessels and paddles for an upcoming Canoe Festival.

“Norman comes in and, out-of-the-blue, tells us we’re going to Chicago and we need carved-wood helmets and armour before we make the trip. He just kept the projects rolling in and we worked to keep up.”

And when you are the foremost Nisga’a artist in wood, precious metals, stone and graphics, the commissions are, indeed, endless.

“But my dad didn’t think of himself as a master carver,” said daughter Valerie Tait. “Despite his accomplishments, he felt there was still a lot for him to learn and cultures to learn from. He was humble. He thought one should never stop learning.”

The carver began whittling as a child. “His father was a carver, not to the degree of my father, but the first pole dad worked on was my grandfather’s totem,” Valerie said.

Born in 1941 in Gingolx, B.C., Norman – who left his mark in his high school yearbook by writing that his interests were “basketball, soccer, hockey and flirting” – went on to become a millwright in 1963. He moved his family to Vancouver to find work in 1971.

“When we got there, the company went on strike. Dad had a family to support so he filled in the time carving what he knew – small pieces. The more he did, the more he knew he could do more than the small ones. He wanted to learn more about the Nisga’a style,” explained Valerie.

But there was no one alive to teach him.

“That’s when he started looking in all the museums. He studied whatever Nisga’a collections he could get access to. Some collections were public and some were private.”

Last spring, she was delighted to walk through the Nisga’a museum, where his exhibit “Finding a Voice” opened. “He pointed out his favourite Nisga’a pieces and explained why he liked them so much. They were like old friends he had seen many a time over his 40-plus year career.”

According to Norman’s youngest son, Micah, 33, his father travelled as far as New York and Chicago to find Nisga’a carvings on display. A century had passed since the old carvers went to their graves, and the almost-lost Nisga’a art form lived only in antique pieces.

Norman made it his life’s work to revive his ancestors’ style, and remarked in the British Columbia Institute of Technology’s (BCIT) Update newsletter, that he was most proud of having defined Nisga’a style. He hoped carvers coming after him would be as inspired as he was to carry on.

He passed the torch to many family members and artists in his community: Micah displayed a solo mask in the “Finding a Voice” show, and grandson Kristopher Stewart, 27, a rare ambidextrous-carver, helped craft a totem pole for BCIT House.

The spectacle of Norman’s pieces, alone, have a unique way of inspiring would-be carvers, according to Gary Wyatt, a curator at Vancouver’s Spiritwrestler Gallery.

“I refer to Norman’s Weeping Volcano Woman mask in every lecture I do. Students look at it and are driven to practice and get better, or pronounce ‘it’s all been said and done’ and doubt they could ever reach its perfection.”

Weeping Volcano Woman is rendered in alder wood and was completed in collaboration with Lucinda Turner. Flawless in its intricacy, it tells the story of three brothers who mistreated a frog and faced the wrath of the keeper of the forest creatures – Volcano Woman.

The mask is as intricate as Norman’s early-career, waist-high moon mask is gigantic, which exemplifies the way Norman thought and worked.

“There was this big slab of yellow cedar he had set aside in the yard,” said Chip. “He never said anything – which was typical of him – he just asked us to move it for him. He had it all worked out in his mind, beginning to slice the wood at angles and working on the concave form in such a way that he wouldn’t waste any of it. I never saw him make a wrong cut and I never saw him have to start again.”

Chip also explains his brother pictured everything in 3-D, necessary when carving a frog protruding out of the eyes of a face, for instance, and he also considered the viewer.

“If you’re carving an eagle on the top of a pole, you have to think of how it’s going to look to someone standing way down below, looking up.”

Chip described his brother as a trickster, who gave him just enough information to get started on a piece, but sometimes neglected to offer important details so he would learn to figure things out for himself, even if that meant making a mistake.

“He was one to leave partway through a project and then show up again, all of a sudden. We were finished a piece, one time, or so we thought. He told us we would have to carve deeper because we were producing a monument. I thought he meant going in one or two inches more, but then he held up his hand and I knew he meant, like, half-a-foot.

“He saw my face, and said ‘trust me, carve deeper’ and, of course, he was right.”

Norman passed away on May 21 at the age of 75, having been honoured with the 2012 British Columbia lifetime achievement award for his accomplishments. He carved 39 totem poles during his career, and appeared on Sesame Street explaining the design of one of them to children. His poles are erected in Chicago, Japan, and he even carved one for the Royal Family; it stands in London’s Bushy Park.

“He really liked that commission. He enjoyed meeting the Queen, and especially her mother,” said Valerie. 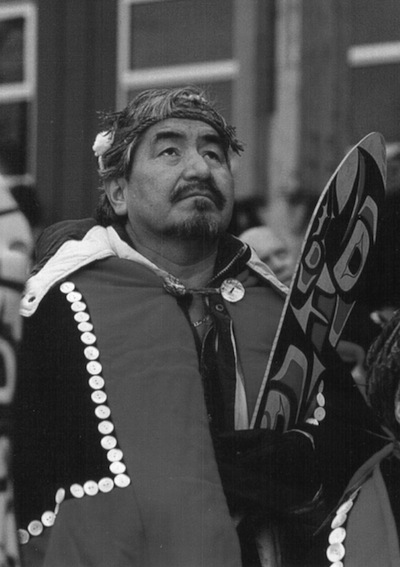 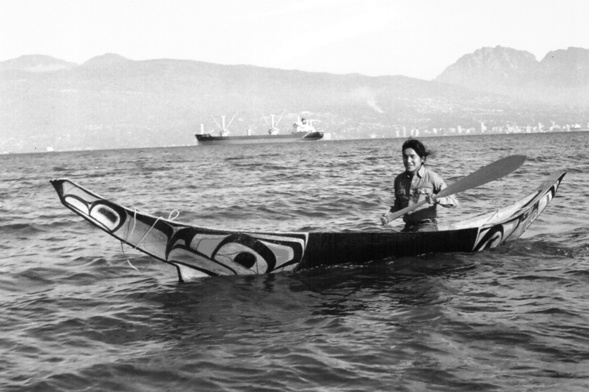