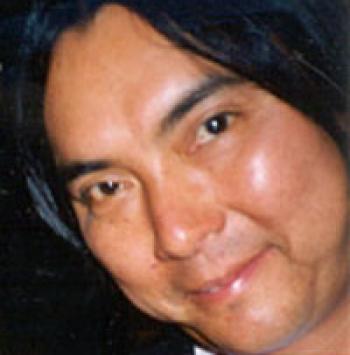 “He was generous with his time and knowledge, and contributed to the community in so many different ways.” —Heidi Waechtler, executive director of the Association of Book Publishers of BC

Formerly an Assistant Director of Research for the Truth and Reconciliation Commission of Canada, Dr. Gregory George Younging, a publisher of Theytus Books and a professor of Indigenous Studies at the UBC Okanagan campus, died at the Penticton Hospital on May 3, 2019. He was born on March 18, 1961.

Long associated with Theytus Books and the En’owkin Centre in Penticton as an administrator and editor (from 1990 to 2004), Greg Younging (formerly Young-Ing) was a member of the Opsakwayak Cree Nation in Northern Manitoba. He was replaced at Theytus Books in 2004 by Anita Large after he left to pursue higher education. Younging eventually resumed his position as the director/publisher of Theytus Books in 2016.

In 2018, the Association of Book Publishers of British Columbia recognized his advocacy for Indigenous editorial agency in Canadian publishing by conferring its annual Gray Campbell Distinguished Service Award.

“He was generous with his time and knowledge, and contributed to the community in so many different ways,” said Heidi Waechtler, Executive Director of the Association of Book Publishers of BC. “It’s difficult to articulate what a huge loss this is for all of us.”

Greg Younging obtained a Master of Arts degree in Northern and Native Studies from the Institute of Canadian Studies at Carleton University and a Masters of Publishing degree from the Canadian Centre for Studies in Writing & Publishing at Simon Fraser University. Greg Younging gained his Ph.D. from the Department of Educational Studies at University Of British Columbia where he worked on the faculty of the Indigenous Studies Program at University of British Columbia.

Greg Younging served as Chair of the Indigenous Peoples Caucus of Creator’s Rights Alliance and variously contributed to The Royal Commission On Aboriginal Peoples, Assembly of First Nations and Committee Of Inquiry Into Indian Education. As well, he was a member of the Canada Council Aboriginal Peoples Committee on the Arts (June 1997-June 2001) and the British Columbia Arts Council (July 1999-July 2001).

In his poetry collection The Random Flow of Blood and Flowers (1996), he wrote about Metis status, racism, exploitation and colonialism.

Greg Younging is survived by his parents, George and Rosalyn Ing, daughters Nimkish and Aisha, brother Ted, and many aunts, uncles, cousins, nieces, and nephews. A funeral on May 7, 2019, at St. Saviour’s Anglican Church in Penticton was followed by a community feast and ceremony at Enowkin Centre, Penticton.