Youth award recipient shares the words he lives by 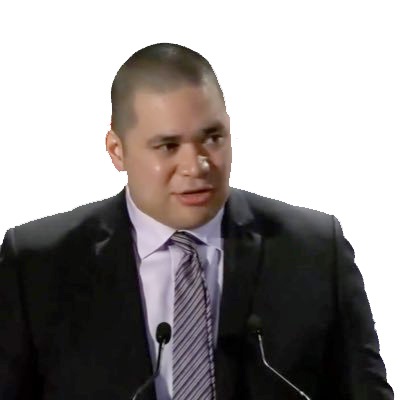 Sixteen-year-old Alika LaFontaine seems to have it all together for his age: a close and loving family, a solid record of academic achievement, a career goal, community and peer support for just about everything he does, and to top it all off, he is recognized this year as the Youth recipient of the National Aboriginal Achievement Award.

You might think the first-year, pre-med student from Regina would be a little full of himself, with people often telling him how good he is. But nothing could be further from the truth. He is self-effacing and gives his family and professors most of the credit for his motivation and the success he has gained so far.

Della Anaquod, dean of students at Saskatchewan Indian Federated College, nominated LaFontaine, whom she describes as “fantastic . . . very mature, very giving, very considerate.” She attributes his well-rounded personality and multiple gifts in large part to "great parents," and the dedication they put into his upbringing and home schooling.

LaFontaine currently is earning marks in the high 80s in the Department of Science at SIFC where chemistry is his best subject. Following two years of pre-med, he plans to attend the University of Saskatchewan for four years to earn his MD, then become a cardiac surgeon.

LaFontaine said his family is the reason he tries hard.

"Everything that they do affects me positively . . . makes you want to give something back," he explained.

Life wasn't always quite so rosy. Around Grade 4, the public school system labeled him "developmentally delayed," because his speech was slurred. A strange label for someone who could already read when he started school.

"It was really a hearing problem," LaFontaine said. "Not even permanent."

It was a couple of years before school authorities figured that out, and in the meantime he received speech therapy and was put in a class for students with difficulties.

A lack of confidence in public education was the result, so LaFontaine was home schooled from Grades 8 to 10. Except for science, he completed Grades 11 and 12 entirely by correspondence.

LaFontaine said his father has taught him a holistic approach to achieving a physical, emotional, intellectual and spiritual balance. He said this kind of training "gives you an edge" that can be applied, in his case, to the rigors of medical school.

He said there are five main rules for life he learned from his father:

(Editor’s Update: Dr. Alika Lafontaine is a team leader within the Indigenous Health Alliance and currently sits on the council of the Royal College of Physicians and Surgeons of Canada as well as the board of HealthCareCAN and is immediate past-president of the Indigenous Physicians Association of Canada. In April, he was awarded with the Emerging Indigenous Leaders Award from the Public Policy Forum, presented by the Prime Minister of Canada.)