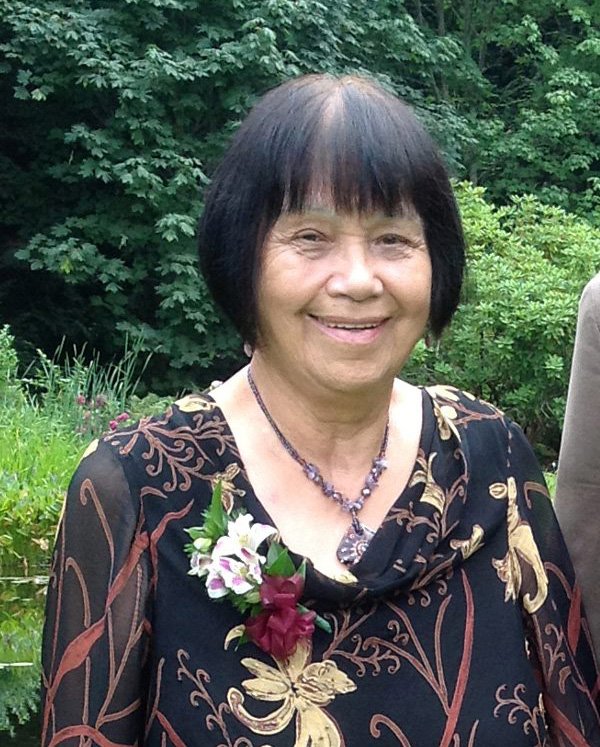 Dolly Watts isn't what you would picture when thinking of a business woman. She looks more like your next door neighbour, one whose kitchen is always filled with the aroma of freshly roasted salmon and deep-fried bannock.

In fact, the 2001 recipient of the National Aboriginal Achievement Award in Business and Commerce got her start in business selling bannock outside the University of British Columbia's Museum of Anthropology.

“I was attending UBC, and some students needed money to organize a field trip, so I offered to make bannock and sold them for a dollar each,” recalled Watts. She sold 1,500 bannock in just five days, a testament to both her recipe and business instinct.

The response was so great that she ended up running her "Grandma's Bannock" stand for a number of years, during which time she rented kitchens on campus and developed a catering service.

In 1995, an old friend passed away from cancer and left behind a restaurant space at the corner of Deman and Davie in the Vancouver West End. Designed by renowned architect Arthur Erickson, the longhouse setting provided an excellent ambience for Watts' dream restaurant, Liliget Feast House. But she wasn't completely sure at first.

“She was my friend, and she ran a restaurant here for 10 years. I didn't feel good about renting it right away,” Watts said. “But after six months I got enough nerves and came down.” At the time she was named as the recipient of the Aboriginal award, she told Windspeaker she was glad she'd kept her friend's restaurant a unique Aboriginal space.

“We used to exchange bannock recipes,” said Watts. “Sometimes I could still feel her presence.”

Despite her success in catering, opening a restaurant presented other challenges.

“We opened at the end of August,” said Watts, “That was the wrong time to open, because one more month and the tourists were gone.” But people had been watching out for Liliget and the restaurant was filled with customers on grand opening.

“We didn't even have a sign yet,” recalled Watts with a grin. “Our charge machine wasn't ready, so I had to do all the credit card charges by hand,” she added. “I felt like a dinosaur sitting back there writing up bills.”

Business has been steady, but the sagging economy has taken a toll on the potential for growth in the past few years.

Watts says most merchants nearby are also experiencing a drop in business. “Even my hairdresser says it's quiet these days,” said Watts.

The biggest challenge so far has been the extremely high cost of advertising.

“Every so often I hear we were featured on the cruise ships, and we were named one of the ‘Best of the Northwest’ last year,” said Watts, but placing ads in business directories proved a costly effort.

Judging by their guest book, Liliget is a favorite place with customers. Page after page of high praises for both its food and service shows that customers appreciate the complete Liliget dining experience.

“There are no offices around here and only a couple hotels in the neighborhood,” said Watts, “so we knew we had to serve really good food to attract customers.”

Watts said her customers are often surprised by the taste of Aboriginal cuisine.

“When they taste it, they can't just believe [how good it is].” Liliget is known for its salmon and seafood platters, but the dish Watts is most proud of is the Wild Arctic Caribou.

“It’s so tender, there's just no word to describe it,” smiled Watts. “We use alder wood to smoke the meat and that gives it the same flavor we get up north.”

As summer approaches, Watts is getting ready to launch her ‘traditional favorites’ lunch hour with the help of her seven employees.

“We'll serve a four-ounce buffalo burger with dessert and beverage for $10,” said Watts. “It should be good for local Aboriginal people. They crave stuff like that. They only get it when there's a powwow.”

(Editor’s note: Dolly Watts, now Dolly Watts McRae, has retired from the restaurant business, but she can still be found selling bannock and her published works each Saturday at the Port Alberni Farmers Market.)