Filmmaker wanted nothing less than the truth 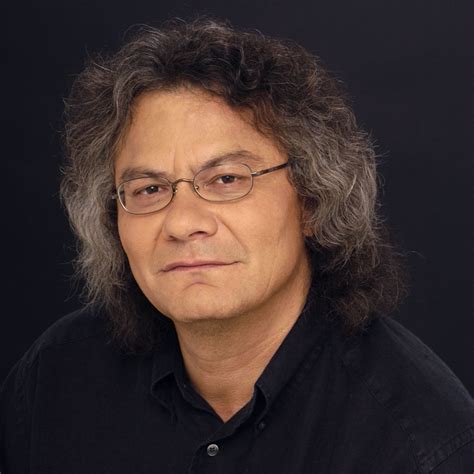 “Today, it’s important to look Indian to be Métis.”

With these words, Gil Cardinal narrated how he felt about meeting a blood relative for the first time in his autobiographical documentary “Foster Child”.

After 35 years of living in the white world, raised in a non-Aboriginal foster family, Cardinal, the 1998 National Aboriginal Achievement Award recipient in the Arts category, was peeling back the layers of his childhood, and discovering why he was so detached and so guarded as an adult.

He knew nothing of his early life, and chafed while a child welfare worker thumbed through a two-inch file, unwilling to give him details beyond his mother’s name and the fact she had problems with alcohol.

“Please do not protect me,” he told her when she hesitated to divulge more, worried she will reveal information that would upset him. Adhering to government policy, she deprived him of important life details “to protect other people involved.”

“‘Foster Child’ is ground-breaking,” said Bill Evans, executive director of AMPIA (Alberta Motion Picture Industry Association). “The film is at the forefront in the personal style Cardinal used to make it. It paved the way for so many filmmakers to track their own personal history in such an intimate way. And this was back in 1987, when residential school and the social issues and broken homes it created were pretty well yet unknown.”

Perhaps the early fact-withholding that Cardinal experienced as a foster child informed the rest of his career to reveal the truth about issues in his life – things that he struggled with – and other subjects many were unwilling to tackle.

“He was passionate about exposing sensitive issues in our communities and he came to me with the idea for” Blackstone” a long time ago,” said fellow director Ron E. Scott, who would eventually lead the brooding Blackstone television series in a five-season run.

“I asked him how he wanted me to proceed. He said he just wanted me to tell the truth about what’s happening on reserves,” Scott explained.

“He comes from film, and saw “Blackstone” as a two-hour movie-of-the-week. I said it needed the “long narrative” treatment of a television series for the truth to be properly told. The script sat for a year. Finally, we got together on it; eight or nine drafts later we had “Blackstone” as a TV series.

“Sometimes he walked out on me and was mad as hell. In the end though, he told me “Blackstone” became much more than he could have ever imagined. It stands up there with many of the projects he made that have impacted the nation.”

Born in Edmonton, Cardinal graduated from the Northern Alberta Institute of Technology’s radio and television arts program. In his twenties, he began a long affiliation with the National Film Board of Canada as a freelance director, researcher, writer and editor.

His first film for the NFB was “Children of Alcohol” in 1983, dealing with the effects of parental alcoholism on teenaged children. He scored a hit with “Foster Child”, winning a Gemini for best documentary director in 1988. It was a success on the festival circuit and was broadcast on CBC’s “Man Alive” series.

In 1987, Cardinal made “Keyanaw Tatuskhatamak”, about the struggle for self-government in a remote northern Alberta community. His other NFB films include 1990s “The Spirit Within”, about cultural and spiritual programs in prisons, and “David with F.A.S.” in 1997, dealing with fetal alcohol syndrome.

His television documentary for CBC, “Indian Summer: The Oka Crisis”, followed the standoff between the federal government and the Mohawks of Kanesatake. In 1998 Cardinal directed the CBC miniseries “Big Bear”, based on the historical novel by Rudy Wiebe. It starred Gordon Tootoosis and Tantoo Cardinal.

Cardinal’s forays into television include directing episodes of the popular “North of 60” and “The Rez”.

In 2003 his feature-length documentary “Totem: The Return of the G’psgolox Pole” was screened at the Toronto Film Festival. It told the story of a cultural icon that had been missing from an Indigenous community for 60 years.

Discovered in a Swedish museum, the government was unwilling to return it until the film impacted the people of Sweden to push for the totem pole’s return.

“Though Gil was quiet, his films said so much,” wrote close friend and NFB producer Bonnie Thompson in an e-mail to Windspeaker.

“His documentaries were seen in festivals, on television, at screenings in communities, youth centres, in prisons and in classrooms. It would be impossible to know how many thousands of people they touched over the years and how they effected changes in many lives. This was especially true for Aboriginal people who had seen themselves and their issues so misrepresented in media previously, before the Royal Commission of Aboriginal Peoples in 1995 or the recent Truth and Reconciliation Commission.”

According to Scott, Cardinal struggled sometimes, but it’s important he be remembered as the trailblazer he was.

“Without Gil, my career would not have progressed. Aboriginal actors and crews would not have auditioned for “Blackstone”. And because of “Blackstone”, doors will now open for younger Aboriginal directors. Gil started a chain of empowerment that’s ongoing and will continue into the future.”

“Gil was so powerful, yet so unassuming,” said the late Senator Thelma Chalifoux. “I loved him for the pride he had in his heritage. He is and always will be a strong representation of Canada’s Aboriginal people, and a role model to them.”