Editor once wrote on author’s manuscript that Indians are passé 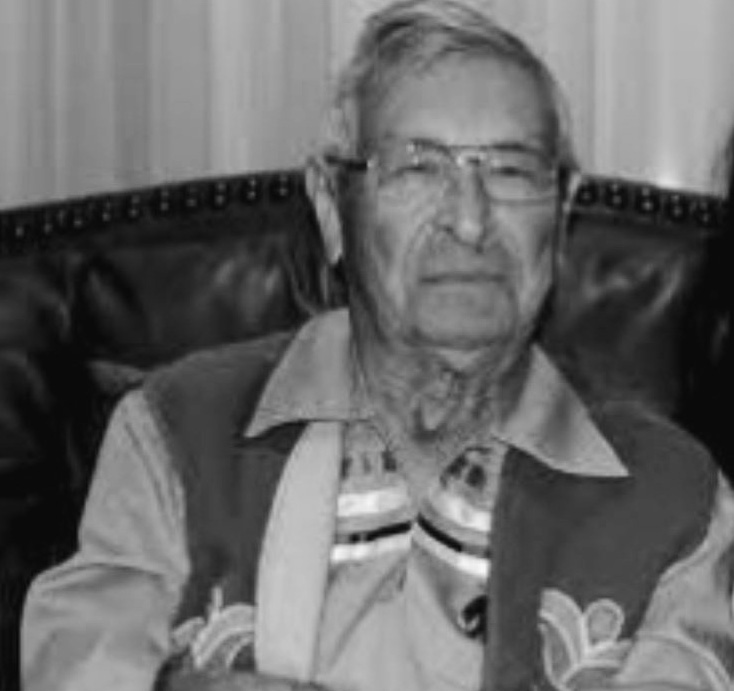 In an era when few Aboriginal books were written by First Nations, Métis or Inuit authors, publishers very nearly rejected the first manuscripts of Basil Johnston, 2004 Indspire recipient in the Heritage and Spirituality category.

Editors who read the Anishinaabe author and scholar’s early writings agreed his work was authentic, but feared it had no potential market.

Fortunately, Johnston struck a friendship with Jack McClelland and Anna Porter of McClelland and Stewart; they supported the 1976 printing of his early classic “Ojibway Heritage”. A commitment from the federal government’s department of Indian Affairs to purchase 931 copies of the book – $5,000 worth – sealed the deal.

A similar lukewarm reception met Johnston’s 1978 offering—a collection of humorous stories called “Moose Meat and Wild Rice”. One of McClelland and Stewart’s editors recommended the rejection of it partly on the grounds that Indians were “currently passé.”

But Anna Porter fought for the title to be published, according to the Historical Perspectives on Canadian Publishing website. Thus began the long and distinguished career of one of Canada’s most successful and widely read contemporary Aboriginal authors.

In total, the Neyaashiinigmiing (Cape Croker) First Nation writer produced 15 books in English and five in Anishinaabe, including the popular “Indian School Days”, which recounts his experience in St. Claver’s (residential) School in northern Ontario.

Johnston was so prolific, it was his store of manuscripts that helped publisher Kateri Akiwenzie-Damm, also of Neyaashiinigmiing First Nation, to keep going when her Kegedonce Press was struggling

“He was like an adopted uncle who helped us keep going during some dark days when the publishing industry on the whole was suffering, and as a publisher of Indigenous literature we were struggling,” she explained.

“Then we realized Basil had quite a few unpublished manuscripts and we knew it was our role to ensure that as many as possible were published. He allowed us to publish at least one or two of his books each year. Doing this gave us renewed purpose and we felt a strong sense of responsibility to do what we could to get his work out.”

Johnston once said his favorite book was “Crazy Dave” because it is about his family and his reserve. Through his masterful storytelling, he reveals his people’s history via the equally hilarious and heartbreaking antics of his handicapped Uncle David during the early years of the 20th century in Cape Croker.

In a 2006 review of “Crazy Dave”, David Cox on Rambles.net wrote “like Roberto Benigni in the movie “Life is Beautiful”, Johnston gets you to laugh before you weep. One hilarious scene turns bitter as Uncle David – astoundingly mistaken for a Japanese soldier-spy – gets beaten up and jailed by ignorant white people in the tiny town of Wiarton, Ont.

“Johnston uses bitter irony (in the book), especially when discussing European history through the eyes of his Anishinaabe characters, one of whom observes ‘the civilized nations could not let bygones be bygones in a civilized manner. They had never settled their misunderstandings except by war.”

When Johnston’s grandmother hears about the Bataan Death March in the Philippines, Cox writes that she wryly remarks in the book “the Americans did the same to our people. It was alright for them to do it, but when others do the same thing to them it’s a crime, an atrocity.”

Through the comical antics of Uncle David, readers appreciate he was a man who didn’t fit in. “As long as Uncle David stayed where he belonged and didn’t bother anyone … neighbours could put up with him; as long as North American Indians kept the peace and didn’t rock the boat, society could tolerate them,” Johnston wrote.

As a tireless promoter of the Anishinaabe language, Johnston believed the key to understanding culture is language, and he was tireless in his efforts to preserve it. His meticulous work resulted in an Anishinaabe lexicon and thesaurus, as well as language audio programs on cassette and CD.

Johnston said it was a Grade 5 student who prompted him to begin writing and reintroduce his people to the traditions they had abandoned or never learned about. In an interview in Brandon, Manitoba’s Westman Journal, Johnston said he was a guest in the boys’ classroom in 1968.

“I spoke to a young boy who said he was bored. The teacher put him in a little group to research Indians. That’s what he and his group did for five weeks. When he finished his complaint (to me) he said, ‘is that all there is to Indians?’ Then I looked at the books that were available to him and his teachers. There was no depth.”

Johnston “dove a little deeper” and began to find out about his people, learning there was much more to their story than hunting and fishing, food preparation, clothing and dwellings. For his work he received the Order of Ontario, the Queen’s Jubilee medal, and honorary doctorates from the University of Toronto and Laurentian University.

Johnston was born in 1929 on the Parry Island Indian Reserve in Ontario. He graduated from Loyola College in Montreal and in 1959 married his sweetheart, Lucie Desroches. He taught history at Earl Haig Secondary School in North York until 1970 and lectured at various colleges and universities.

From 1970 until his retirement in 1994, he worked as an ethnologist at the Royal Ontario Museum (ROM). In 2009 and 2010, he was a Brandon University visiting professor.

Johnston passed away in Wiarton on Sept. 8, 2015 at age 86. In an obituary, his family revealed that his passions beyond writing, storytelling and lecturing were “fiddle music and baked beans.”