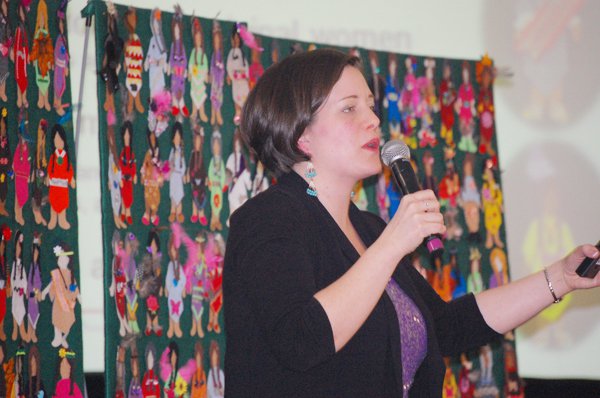 By Shari Narine Alberta Sweetgrass May 6

There is an important piece to the issue of murdered and missing Aboriginal girls and women that Mikisew Cree First Nation Chief Steve Courtoreille wants to see addressed.

“We have to educate our children,” he said. Educate girls on being safe and educate boys about treating girls and women with respect. “We want to send a strong message to the youth.”

The community of Fort Chipewyan, which includes the Mikisew Cree, Athabasca Chipewyan First Nation and Métis Local 125, will be the initial host site for a day of presentations from the RCMP KARE Unit and special guest speakers.

“By the time (the girls and women) get to the city, it’s almost too late to reach out to these women. They’re so entrenched in drugs, alcohol and the sex-trade that it’s like putting a band-aid on a gaping wound at that point,” said RCMP Cpl. Joe Veraeghe, with the KARE Unit in Edmonton. KARE was formed in 2003 as a project to investigate the large numbers of murdered and missing women. It has continued as a full unit of the RCMP.

The pilot project, which Veraeghe also hopes to deliver with Frog Lake and Blood First Nations, came about through discussions with a number of Aboriginal women’s groups in Edmonton. Veraeghe suggested the in-community presentations and Courtoreille responded immediately.

“This is even more pro-active. Take it back a step. Take an education awareness campaign back to the First Nations communities and reach out to the school-aged girls and the women who are still in the communities,” said Veraeghe, who would like to see the project rolled out province-wide.

For Courtoreille and the Mikisew Cree First Nation, the personal tragedy of missing and murdered women was brought home last year when the body of Amber Tuccaro, who had been missing since August 2010, was discovered in a field east of Leduc.

Tuccaro, who had flown to Edmonton for a doctor’s appointment, did not fit the usual profile.

“It could happen to anybody,” Courtoreille said.