Seeking the Aboriginal experience in Germany 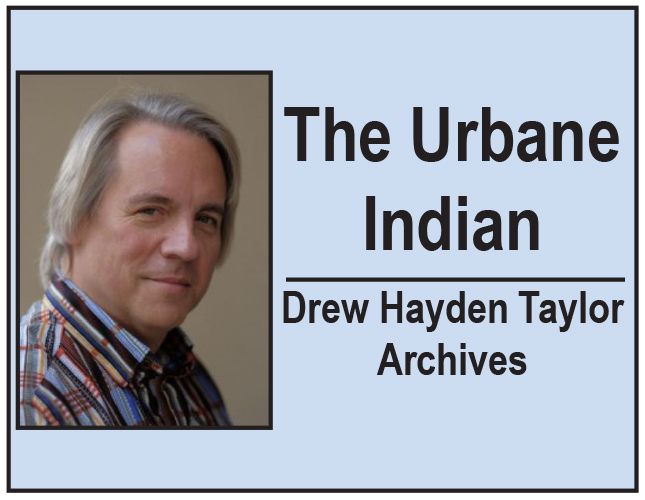 It’s not often you will find approximately 4,000 people showing up to see a play about a fictional Native character written by a 19th century German writer named Karl May, who reportedly had never been to North America. But there they, and I, were in late July, nestled in a humongous amphitheatre that had once been a large quarry.

In fact, at this very performance of the play “Im Tal Des Todes,” which translates as “The Valley of Death” or, more accurately, “Death Valley”, one of the producers took center stage to announce to the crowd the production we were about to see had just welcomed its 100,000th patron. Not bad for a play that had been running for about four weeks.

As an Aboriginal playwright and former artistic director of a Native theatre company, I wept silently.

Welcome to Bat Segeberg in northern Germany, home of the annual Karl May Festival, which dramatizes a series of novels highlighting the adventures of an Apache warrior named Winnetou, and his faithful German companion, Shatterhand.

Highly romanticized and somewhat clichéd, these highly popular novels, followed in the ‘60s and ‘70s by movies and a television series, have long been mainstays of the German people. In fact, May was believed to have been Hitler’s and Einstein’s favourite author. That is what you call a broad fan base.

A frequent visitor to the country, I had long heard of this man and the popularity of both the novels and the character. In fact, I owe this fellow writer a certain amount of gratitude for he and his highly popular creation are responsible for the fascination many Germans have with North American Aboriginal culture and, indirectly, is no doubt also responsible for my numerous lecture tours of the country, 15 to date.

Attending the production had long eluded me because I had never been in the right region at the right time of year to witness this fabled festival. Think of it as a Tuetonic/faux Indigenous passion play, produced every year going on 60 years, or, an Aboriginal Stratford concept with only one play a season.

Picture it, one lone Ojibway playwright nestled in a sea of German enthusiasts of ersatz Aboriginal culture, or indianthusiasts as they are sometimes referred to.

As an audience member I was amazed on two levels. First, as a playwright, the scope and production values I saw were amazing. A cast of approximately 50 (including six professional stunt people), riding a fleet of horses in and out of the amphitheatre, explosions, huge intricate sets, massive fight sequences, an actual bald eagle flying in and out of the quarry to Winnetou’s arm. Twice.

That alone truly took your breath away. Add to that a falling flag pole with a man on top. A zip line spanning the length of the theatre space where the hero comes flying over the audience’s head to the rescue…. Absolutely amazing. Who knew zip lines were a part of the Apache culture?  And all that’s just off the top of my head. Once again, I found myself weeping gently at the possibilities and execution.

From the Aboriginal perspective, it was a different ‘story’, metaphorically speaking. Winnetou, the good Indian, wore white buckskin, while the Native villains wore black buckskin. Though I obviously could not speak German, following the plot was quite simple. There was a mercury mine involved, an evil Mexican woman who played both sides, a bad White guy who was manipulating the bad Apaches by giving them ‘firewater’.

Somewhere at the center was this half-Native girl who was about to get married but was kidnapped because she had certain psychic abilities. Throw in a kid that kept getting into trouble, and two white guys that provided comic relief and essentially that’s the play. Characterization was pretty black and white…. Or red and white as the case might be.

Still, the play was quite amusing, though perhaps not for the reasons the producers had anticipated. There were several moderately successful ‘traditional’ dance sequences by the ‘Indians’, including one healing dance that perked the girl right up. Additionally, the hero Winnetou, always spoke in third person. Like the famous Tonto, it seemed Native people from the American southwest have personal pronoun problems. Somebody should look into that.

After half a dozen mob fights, the hero manages to convince the bad chief of the Apaches – a man named Iron Arrow who literally was swigging a bottle of something between every sentence of dialogue— to give up alcohol and join Winnetou in defeating the bad White people, and save the girl and the boy, while at the same time providing redemption to everybody. The audience cheered uproariously, and at the end, rushed the stage to shake hands with the several dozen cast members, and hopefully, touch the pseudo-leathered arm of the man playing Winnetou himself. The worship and reverence was palpable.

But for me, it was that same audience which I found to be the most interesting aspect of my visit. Scattered through the thousands of enthralled people I could easily see a multitude of cheap headdresses with a single chicken feather sticking up from the back. Mostly children, but with a surprisingly good number of adults too. Strewn amongst the crowd could be seen more kids (and some adults again) also wearing imitation buckskin and fringe clothing, or further variations on the headband or headdress motif. Add to this the impressive yet ominous marketing of toy bows and arrows, plastic rifles, actual bullwhips (which I saw young boys practicing during the intermission), and at the food booth, something called a burger Manitou.

Inside the so called Trading Post itself I saw people eyeing something that was called a Squaw starter kit. Others were having their pictures taken next to two large cigar store Indians, near a row of what appeared to be tenement tipis, across the walkway from some poorly executed totem poles. Ironically, I was wearing a t-shirt that said “Anishnawbe”, what we Ojibway call ourselves, also spelled out in Oji-Cree syllabics. I think that t-shirt was the only truly Indigenous object in the entire theatre, other than yours truly. I wanted to weep again, but for a completely different reason.

I should point out that the man who was the 100,000th audience member was brought on stage and presented with a prize. He announced to the crowd his dream was to attend the two other Karl May- Winnetou festivals that exist in other parts of Germany.

Maybe I started my Indigenous theatre career in the wrong country.