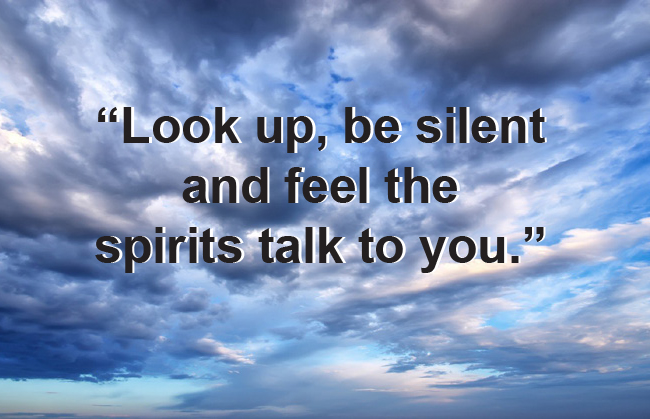 Elder Morris Lewis says he used to wonder how his father and grandfather knew everything about Indian tradition and culture when they didn't even have a book in front of them.

"They would just hold their pipes and their words would come so easily as they talked," Lewis remembers of his spiritual teachers.

His experiences as a young lad, which would one day make him a spiritual teacher, were a family affair, he says.

"My father was a Sundance maker and a spiritual teacher. So was my grandfather. So I watched, listened and learned," Lewis says, apologizing for his broken English.

Lewis, who was born Oct.1, 1914 at Frog Lake, says he remembers the smell of camp fire smoke and the sight of fish strung out to dry and hornets flying around while his father and grandfather quietly talked in their Native tongue, Cree.

"Oh, those were wonderful days, full of peace."

"I used to watch everything that was going on. When I grew a little I started helping with the ceremonies and I was taught the Indian way," Lewis says.

He laughs when he remembers not understanding the prayers.

"So I'd just listen. My father said in time I would understand," Lewis said, while lifting a cup of tea to his mouth.

He chuckles, recalling a time his grandfather tried to explain the Great Spirit to him.

"He said the Great Spirit is above me, so I asked him why?

"Now I understand the Great Spirit is the creator of everything."

"The heavenly world where spirits are, I understand that interpretation today," Lewis smiles.

Lewis says, as people, we feel a lot of things. He says we feel the wind, the rain that falls, the warmth of the sun and it all comes from the spirit world.

"I'm an old man now but I knew the work given to the spirits by the Creator. Each spirit has a different job. For instance, the sun gives us warmth and light," Lewis explained.

He says the thunderbird was given the power to look down on the earth to see what people might need.

"If they need water, he pours water down from the sky and it brings life.

"We never see the thunderbird, but we can hear him," Lewis says.

"When we hear thunder, when we hear the noise, it is for happiness and good things to come. Never be scared of thunder. It brings life to Mother Earth," smiled Lewis.

"Have you ever felt a warm breeze on your cheek? It feels good because the wind is a special power for Indian people.

"The breath of the wind goes into what is humanity. From the wind we can breathe, we clean ourselves and we live better."

"The wind can move around from different directions. This way it looks after the world. It has important work and works with the other spirits, the sun, the thunder, that's why we have four seasons."

Lewis says when the wind works with the sun, it is spring. "Then it moves south with thunder and we enjoy summer.

"Thunder makes the world grow so everything is beautiful, always pushed gently by the wind," Lewis slowly explains.

Then when the wind is in the west, the leaves on trees everywhere turn different colors, says Lewis.

"Finally the wind moves to the north and snow covers the land. And then you have the four seasons," Lewis says.

Lewis says this proves the great love the Creator has for all his children.

"He put everything here for us and what he created was perfect. He gave us everything, animals, the trees, the lakes and oceans with fish in them, because he loves us."

Today, Lewis says people should look at all the things the Creator has given to man very seriously.

"We must try to understand the meaning behind everything because that is the way our grandfathers lived in the past."

He says today most Indian people neglect all the thing important to them.

"We want to follow the white man's way and I think we've gone too far."

"The things given to us, we have thrown away. We try to live our lives here on earth by a human law, never looking up. When you never look up, you forget the old ways," Lewis shakes his head.

Lewis talks about the eagle and how it flies across the skies without any interference.

"We must respect the eagle because he is our protector. We must protect the eagle feather in our ceremonies, because the eagle is free and that's what all people want.

"Our old people understood this, but you must look up, be silent and feel the spirits talk to you," Lewis says, pointing to the sky.

Lewis says he knows Indian people cannot go 100 per cent back to the old ways "because we must live with our white brothers and sisters."

"But we can still hold onto our Indian values, our Indian life," Lewis says, and he adds the "white man has good ways that Indian people can use also."

Today Lewis is a pipe holder and Sundance maker.

He laughs when he says he does not do much today.

"But I still keep going, I still keep instructing young people. I'm not saying I'm perfect but at 76 years old I have much to offer the young ones."

Recently Lewis prayed to the Great Spirit to extend his life a little more.

"I'm coming to the last stages of my life but I pray to live a while longer because I want time to help the younger generation. I will use my voice and my knowledge handed down by my father and grandfather and other Elders who guided me."

"I think we can turn around all the bad things that are happening on Mother Earth; turn young people from being bad to living better lives. That's my hope," Lewis said.