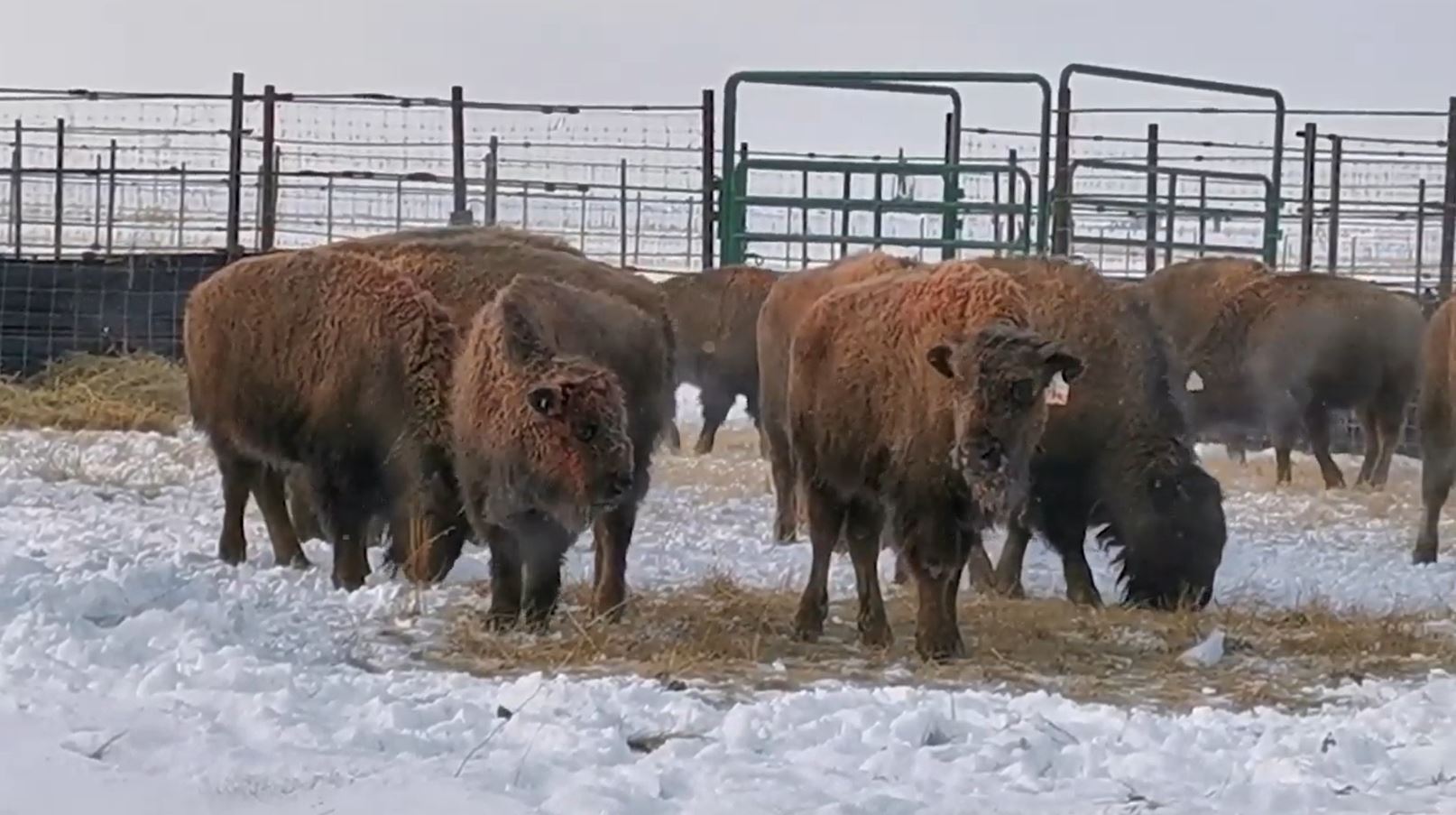 ‘You keep asking us what do we want and we’re telling you. We want to see visibly buffalo. We want to see buffalo on the Prairie again’. These are the words that were spoken by Elders, recalls Amethyst First Rider.

From those words, relationships were established between eight First Nations and Tribes in Canada resulting in the signing of the Buffalo Treaty in 2014. Now signatories stand at more than 30.

The rematriation of Plains bison was the subject of discussion of a roundtable hosted by the University of Calgary last week.

First Rider, of the Kainai Nation, said that when 40 buffalo calves were released on her First Nation on Feb. 12, 2021, the Elders said they didn’t believe it would happen.

“Buffalo is part of us and we are part of the buffalo, culturally, materially and spiritually. Our ongoing relationship is so close and so embodied in us that buffalo is the essence of our holistic eco-cultural life-ways,” reads the Buffalo Treaty, which is archived in the Whyte Museum of the Canadian Rockies in Banff.

The treaty, authored by Leroy Little Bear of the Kainai, recognizes the conservation, culture, economic, health, education, and research aspects of the buffalo and invites partnership with non-governmental organizations and individuals.

Those relationships are one reason why bringing home the buffalo is referred to as “rematriation” and not “repatriation.”

“What we’re currently experiencing is a time of imbalance. Part of that, of course, is the imbalance that the systems have imposed… diminishing of women’s roles and women’s voices,” said Tasha Hubbard, Cree from Peepeekisis First Nation and an associate professor in the Faculty of Native Studies at the University of Alberta.

She pointed to the iconic massive bison that graces coins and posters and is portrayed as the strong male leader.

“But the reality is actually, the … eldest healthy female leads the herd. They’re matriarchal. It’s passed down through her oldest daughter. There’s this continuing line of knowledge of day-to-day lives of the herd and we modeled our own systems around that as well. The knowledge and wisdom that our elder women have,” said Hubbard.

“What we really discovered was that having the buffalo back really made us aware of our environment and all that we needed to take care of because of the damage that colonization had done to the land,” said First Rider.

She also pointed to the impact the Buffalo Treaty had with national parks across Canada, where buffalo are now in Banff National Park and returned after a three-and-a-half-year absence due to a wildfire to the paddock at Waterton Lakes National Park. But more than that, said First Rider, her people are now able to collect food and plants from Waterton Lakes, something they were not able to do before.

“This Buffalo Treaty as a living treaty is a daily enactment of those relationships that happen,” said First Rider.

She noted that although the Blood timber reserve bordered three sides of Waterton park, the relationship between the park and its Indigenous neighbours had been limited.

But in 2018 Parks Canada began the Nature Legacy program. Funded at $2.3 billion over five years, the program includes an Indigenous pillar, which sees the parks supporting Indigenous-led conservation.

For the first time, Parks Canada has entered into relationships that go beyond the boundaries of their parks, said Pearson.

“And now … the government of Canada, which played a prominent role in attempting to remove the important animals from the land, is playing a key role in returning them,” she said.

Parks Canada has helped maintain disease-free bison herds at Elk Island and Grassland national parks, which have allowed buffalo to go to Banff and to First Nation lands, including Kainai, Frog Lake, Cote and Onion Lake First Nations and Poundmaker Cree Nation all in 2021.

Having buffalo back on her reserve, said First Rider, has united the Elders with the youth and children.

“The reward is that it makes for us to be better human beings,” she said.