Make a plan and focus on your business 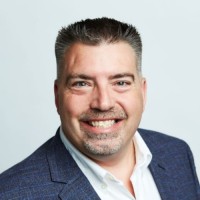 Danny Blanchard is Metis from the Kirkland Lake, Ont. region. His involvement in the car business dates back to many years ago when he was a teenager living in a family that ran a dealership.

There was no two ways about it. Blanchard was expected to be washing cars, he worked in the service department and then transitioned to sales.

“I’m very proud to say I was a sales manager at the age of 24 years old. It’s the only profession I’ve been in.”

He said he was lucky that his father was two people; a boss at home and a boss at work.

He says running a business takes dedication and focus.

So, when you venture off your path, if you have a plan you can pull it back together.

Someone very smart once told Blanchard “don’t be afraid to make mistakes…” but never say you’ve made a mistake. You’ve learned a lesson.

Implant that different perspective in your head, Blanchard said. When we make mistakes we end up beating ourselves up. Change your mindset from making mistakes to learning a lesson.

When he flew the nest and got jobs at other dealerships, he also opened himself up to learning from other people than family members, and he says there are always lessons to be learned from others.

His first mentor that believed in Blanchard and told him ‘I am important, no matter what race, religion, anything’ was his automotive teacher in grades 11 and 12. “I wouldn’t be where I am today without those initial stepping stones.”