Difficulties in life led to a single choice 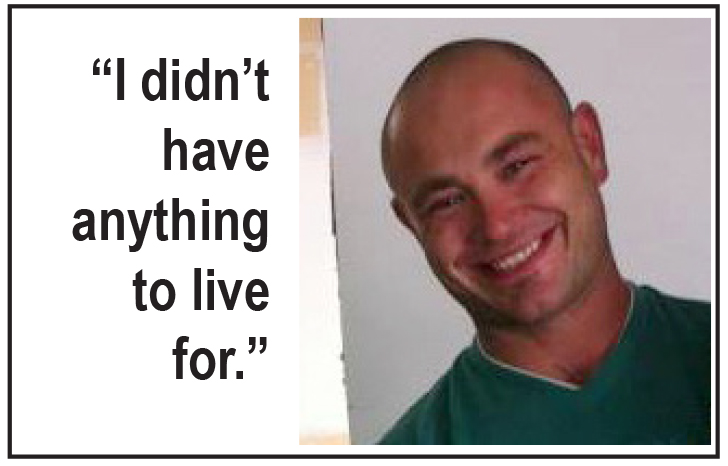 Part One of a two-part series:

“I was a ticketed mechanic,” said Eric Tevely, president of Inner City Diesel. But he was going through a tough time.

He got his apprenticeship through the Tuccaro Group and Dave Tuccaro at the early age of 18 and 19 and was ticketed by 21. He had a wife and two kids, and was running his first shop.

Marital trouble and the loss of access to his children sent him into a state of depression, however, and he ended up living on the streets for a year-and-a -half. He thought he had nothing left to live for. He felt he had failed his children. He went missing for three weeks and his family thought he was dead.

Eventually he was found in the basement of a house by a member of the RCMP. On the trip to take him back to his family, the officer said “What’s the matter with you,” and Tevely shared his story.

‘Funny,’ said the police officer. ‘I have the exact same story. But, you know what, I made a choice and now I’m a millionaire.’

He wasn’t an RCMP member, but an auxiliary member that was volunteering. The two went for a coffee and the officer explained how he had done it and it boiled down to a single choice.

It made Tevely wake up to the idea that maybe he too could change things, by making a choice to do so.

How did he get into business?

“My dad said ‘I’ll do anything to help you get back on your feet’.” And Tevely said to his dad, “If you buy me a service truck right now, I’ll make you my 50-50 partner, and I’ll make us both millionaires.”

And that was the beginning of a fresh new start.

“We’re still working on the millionaire part,” he chuckled.

Part Two of a two-part series:

Eric Tevely can attest to the fact that starting a business is not easy, especially the first few years. It’s going to take a lot of time, perseverance and dedication, he said.

“It’s going to look at times that things aren’t going to work. But if you stick with it, it will work. You have to make the choice to persevere. And that’s completely up to you.

The company’s growth got stuck at a certain point, until Tevely decided to diversify services from just offering heavy duty mechanics. But the company capped out with 20 mechanics, and Tevely searched to find a new revenue stream.

Three years went by of that search and then two avenues presented themselves.

“One was light vehicle rental,” which Inner City Diesel partners with Syncrude on, and the other was the global pump revenue stream.

“Both have been absolutely phenomenal.” The company has more than 100 pumps in their fleet currently.

Tevely leaves us with the following advice.

“Your choices resonate forever. If you make the right choices, as I said, great things can happen for you and the opportunities are huge. Because I have surrounded myself with great people and because I’m doing what I can to make the rights choices. So, everybody has that same opportunity.”