The only bad medicine is bad thinking 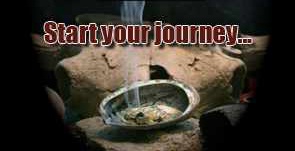 I urge people when they want to find a medicine man to look around at how they live. Get to know them…You go where you are most comfortable. And if you don't feel safe, then take your tobacco and get out of there. Bring somebody with you if you need to bring somebody with you. Your safety is in your hands and you have to be responsible for that.

Dave worked with some of the oldest ceremonies known to Indigenous people in Canada, including the shake tent, even writing a book about it called "Voices of the Tent", published in 2009. He spoke with Windspeaker.com contributor Marie Burke in 2003.

Windspeaker: On this red road, if bad things happen to us is it bad medicine?

Dave Gehue: I can understand, because of years of me doing the work. I'm a realist. When I first started, got into this, I had to be shown a tremendous amount of things and I had to be there to witness it and to know there was no trickery.

I had to know that the person that I was learning from was being consistent in their everyday life. So there was a lady that believed she was being hexed, because of years of bad luck, years of everything failing. When she would start something she couldn't finish it.

She would start a project and it would fall through, those kinds of things. She hooked up with somebody on the Internet in recent times and this person talked her into paying money. It got into thousands of dollars to have this hex, or whatever it was, removed.

Now what I did was I took some sacred items and I know that if you are [with bad] medicine you can't be in contact with those sacred items. They would just drop out of your hands or you are afraid of them or for some reason you can't be around them. So I did my test.

She said why? I said 'I gave you all these sacred items and you didn't respond to them. You weren't afraid of them. You didn't drop them. You didn't go into a spasm.' So I said she was not hexed and then I told her if I were you then I would go to the authorities, because whoever you are paying money to in the United States, it's extortion.

Toward the end of the visit she said 'My sister wants to see you.' I said fine. And then she says 'Well, what about that curse.' I said get out of my office. You don't want to listen. She had it in her mind that she was being hexed, cursed, and no one was going to change it.

There was no curse involved. It was her own mind, her own fear and she wasn't about to listen. It is too bad. Maybe she will listen before she is in debt to $60,000. If I ever come across a person that is extorting money, I will put them in jail. I have no tolerance for people who want to hurt other people for money or sex or those kinds of things. I am very clear in my ethics.

As a hypnotherapist, as a counsellor, and also as a traditional person. I am very clear on my ethics. There are enough abusers out there that people don't need someone else abusing them. That is the bottom line. If I were to have any words of wisdom for the people, this would be it: Chose very carefully the traditional person that you are going to work with. If that person starts to put a price on particular situations, for example, if you had an ear infection and the traditional person said I'll help treat the ear infection, but it is $250 an ear. Well, for that kind of money, you better be good. There have been people out there extorting. This same man who charged for ear infection cures used to charge $10,000 for a shake tent, in cash, no promises. If I'm going to give ten thousand bucks, you better give me some guarantee.

Windspeaker: But there is no guarantee.

Windspeaker: But even in that sense? In the spiritual sense?

Dave Gehue: Sure you do. You must be able to at least reasonably guarantee some positive results. And that is the bottom line. In most cultures, in traditional practices, the first thing that you can ask for is tobacco. In my practice, if someone comes to me, I don't ask them for something. I let them decide. They have to decide what the knowledge or the service is worth. I'm not a miracle worker. I don't work miracles. I help people get to the point where they can receive a miracle on their own. And they can help themselves. So no one has to become dependent on people like me. And that is what traditional healing is about. We help open the doors. We help get the blocks out the way so they can receive their own miracle that they need and that they decide on. I'm not in the job of working miracles.

Windspeaker: Do you draw the line? What if people keep coming back and saying they have the same problem. It's not going away. What do I do?

Dave Gehue: If people keep coming back with the same problems then I reiterate the basics. Meaning, if you haven't made these changes or if you have made them and it continues, then we investigate where is the source of the problem. Let me give you an example.

If I have gone through four jobs and have gone through the same problems with all of them, then don't you think it's about time [you] start looking at [your] personality? They might have to take some responsibility and do something. But there are a lot of people out there who would believe they are being cursed. They did something so drastic in their past that they are paying for it.

Windspeaker: Wouldn't that be true?

Dave Gehue: No it wouldn't be true.

Windspeaker: Well, not the curse, but maybe you did something so drastic in your past that you are paying?

Dave Gehue: No. Because I'll tell you what happens. When you are forgiven for a mistake you made, whatever it is, if you don't do it again...it's wiped off the record. So forgiveness means don't do it again. That's how simple it is.

The Great Spirit is not in the business of watching you suffer. That is ludicrous when you think about it. It doesn't happen. Now if you, in your sub-conscious mind, believe and continue to reiterate that curse and everything is going to go wrong because you gotta pay for that sin, then you are the designer of your own fate.

So you set it up to fail in the beginning. So the only bad medicine is bad thinking. If you change your information, and it is consistent and it is strong, and it is of a positive nature, then you are going to end up with positive results. I urge people when they want to find a medicine man to look around at how they live, get to know them. You don't have to go to any medicine man who comes into town, passing through. You don't have to go there. You go where you are most comfortable. And if you don't feel safe, then take your tobacco and get out of there. Bring somebody with you if you need to bring somebody with you. Your safety is in your hands and you have to be responsible for that.