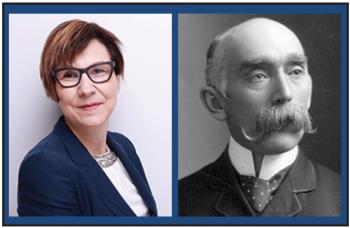 The Canadian Public Health Association (CPHA) honours individuals or organizations who provide outstanding service to their community and profession. The following are the 2019 honorary award recipients.

Dr. Peter H. Bryce, a charter member of the Canadian Public Health Association, was a leader in the field of public health at the turn of the 20th century. He served as the first secretary of the Ontario Board of Health from 1882 to 1904 and wrote Canada’s first Health Code for the province of Ontario in 1884.

He played an important role in Canadian history as a whistleblower who documented and released evidence of the rate of Indigenous children who were dying in residential schools. For more information on his work, see the trailer to Findng Peter Bryce on YouTube https://youtu.be/2QAAX8yN90E

A member of the Gitksan First Nation, Cindy Blackstock has over 30 years of social work experience in child protection and Indigenous children’s rights. She is the executive director of the First Nations Child & Family Caring Society of Canada (the Caring Society) and a Professor of Social Work at McGill University.

As the executive director of the Canadian Partnership for Children's Health and Environment (CPCHE) since 2008, she has been a leader, guiding force, ambassador and spokesperson for its collective efforts to protect children's health from toxic chemicals and pollution, with a focus on health equity.

R. Stirling Ferguson Award: Peter Barss
With a career that spans multiple decades and several countries around the world, Dr. Peter Barss has a tremendous track record in a broad range of areas including community protection from traffic, water-related, stair-related, intentional, and other injuries, as well as toxic and social effects of resource extraction.

His early-career work with low-income tropical communities convinced him of the importance of natural and person-made environments, occupation, and culture for falls and other injuries.

Richa Sharma, a PhD candidate at the School of Population and Public Health at the University of British Columbia for her presentation entitled “The Cedar Project: Experiences of interpersonal racism among young Indigenous people who have used drugs in Prince George and Vancouver, BC.”