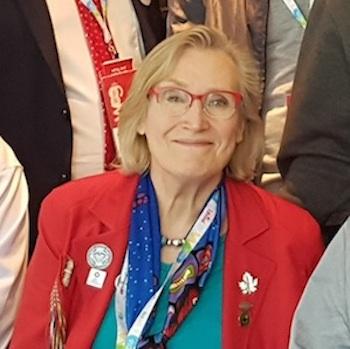 “They really need to step up on that communications end of it so we know what’s happening because right now we have no idea.” ~ Cheryl Casimer, political executive with the First Nations Summit

After two months of silence, Indigenous organizations are reaching out to the commission for the national inquiry into murdered and missing Indigenous women and girls and offering their support to get the ball rolling.

“It is frustrating when you have families coming to you, especially at the vigil, and they’re wanting answers now and there are no answers I can give right now because I know as much as they know, which is nothing,” said Francyne Joe, interim president for the Native Women’s Association of Canada. The Sisters in Spirit vigil was held throughout the country on Oct. 4.

In early August, the federal government announced that BC judge Marion Buller would head the five-member commission that would lead the national inquiry. Terms of reference were also announced then. But since that time, the commission has been quiet.

Disturbingly so, said Cheryl Casimer, political executive with the First Nations Summit, which is a BC member of the Coalition on Missing and Murdered Indigenous Women and Girls.

“They really need to step up on that communications end of it so we know what’s happening because right now we have no idea.”

“There seems like there’s this code of silence happening right now and it’s troubling,” added Joy.

She says Michele Audet, one of the commissioners for the inquiry and former president of NWAC, attended NWAC’s annual general assembly in September and while she “didn’t have many answers for us,” she did take concerns from the delegates back to the commission.

Earlier this week, the Assembly of First Nations sent an open letter to the three ministers – Justice Minister Jody Wilson-Raybould, Status of Women Minister Patty Hajdu, and Indigenous Affairs Minister Carolyn Bennett – who led the pre-inquiry, and to Buller addressing the lack of communication.

“The intention of this letter is to try to get things started,” said AFN National Chief Perry Bellegarde. “The family members need to know what’s going on. They need to be involved.”

Bellegarde is concerned that the two years targeted for the inquiry are slipping away and nothing has been accomplished.

Along with pushing for open communication, the coalition has also drawn attention again to the terms of reference, the scope of which does not include the actions of the national, provincial or local police forces.

“I don’t know why given that it was raised numerous times, especially in the groups that the federal ministers met with when they were in the process of shaping the federal inquiry,” said Casimer.

The terms of reference, in part, authorize the commission “to adopt any procedures that they consider expedient for the proper conduct of the inquiry, to sit at the times and in the places, especially in Indigenous communities in Canada, that the Commissioners consider appropriate…” and police conduct could be included.

“It’s incumbent upon the five commissioners to really push so the justice system, the policing systems that were involved, are reviewed as part of this work,” said Bellegarde.

“I think if enough pressure is put on to them to direct them to include the police, then you know, it’s possible,” said Casimer.

She says she won’t look at the defective terms of reference as a precursor to a national inquiry that holds no teeth.

“I really can’t give up hope just yet,” she said.

Instead, says Casimer, the coalition, has offered to assist the commission.

“I would much rather (the commission) let myself and Native Women’s Association of Canada know what’s going on in case they need our help,” said Joy. “If Marion Buller needs some advice … whatever they need, we will do our best to help them.”

“This inquiry is important. It’s part of healing, it’s part of giving the families a voice,” said Bellegarde.